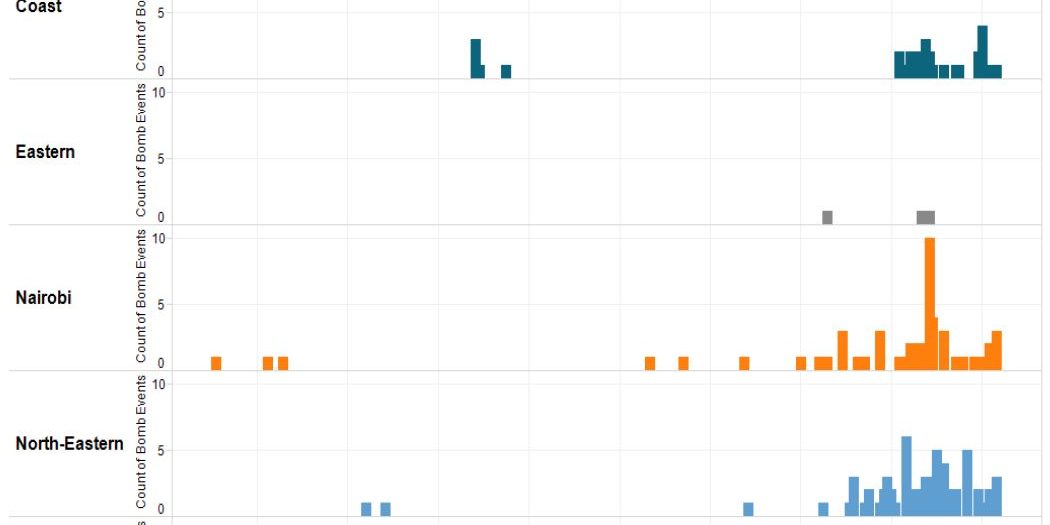 Conflict event levels actually fell in Kenya in May, in spite of the high profile attacks which drew international attention, while reported fatalities increased, pointing to the intensification of violence in the country.
In recent years, violent conflict in Kenya has increased in specific geographic locations: Nairobi, and the former Coast and North-Eastern provinces. While each of these regions has unique local conflict dynamics at play, they also share a recent intensification of terrorist attacks. The bombing of Gikomba market was only the most recent and high-profile in a series of bombings and grenade attacks which have occurred with growing frequency since 2011.
Figure 3 charts the rate and number of events involving these kinds of weapons: there is a clear increase in Nairobi and North-Eastern regions, while the coastal region, and Mombasa in particular, has a history of intense attacks of this nature.