Repression and the Imbonerakure in Burundi 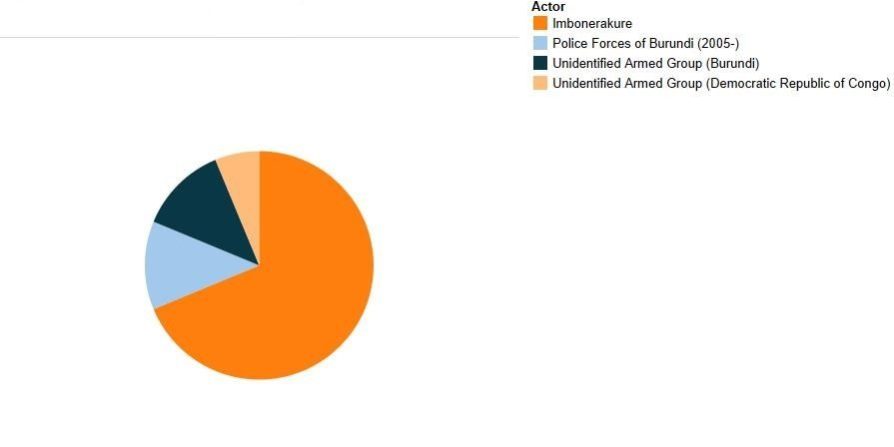 In the run up to the 2015 elections, Burundi has recently come under international scrutiny due to its shrinking political space and the increasingly repressive tactics of its current leading party, the National Council for the Defence of Democracy-Forces for the Defence of Democracy (CNDD-FDD). A recent report by Amnesty International chronicled a list of incidents in which the government had violated the right to peaceful assembly and arbitrarily detained opposition figures and activists (Amnesty International, 2014).
Another disturbing trend comes from the increasing incidence of violence from the CNDD-FDD’s youth wing, the Imbonerakure. The Imberonakure, meaning ‘those that see far’, was established to maintain security at a local level. However the Imberonakure’s influence and authority reportedly overrules that of the police force, allowing the group to commit acts of violence without the fear of legal repercussions (Amnesty International, 2014).
Figure 1 shows that since the beginning of the year, more violence against civilians has been attributed to the Imbonerakure than any other violent group in Burundi.

A prominent human rights activist, Pierre Claver Mbonimpa, recently revealed the existence of military training camps for the Imbonerakure in the Democratic Republic of the Congo. He was subsequently arrested and charged with endangering national security (Africa Confidential, 18 April 2014). Furthermore, in February the UN Integrated Office in Burundi (BINUB) reported that 500 police and army uniforms had disappeared along with an unspecified number of pistols and assault rifles (Africa Confidential, 25 July 2014).

Figure 2 shows that Burundi experienced a high level of violence in year leading up to and during the last presidential election, in the summer of 2010. Levels of violence subsequently dropped to comparatively low levels. However the possibility of an armed, trained and officially sanctioned Imbonerakure raises the possibility repeated violence in the upcoming election in June 2015 (New Vision, 18 July 2014).