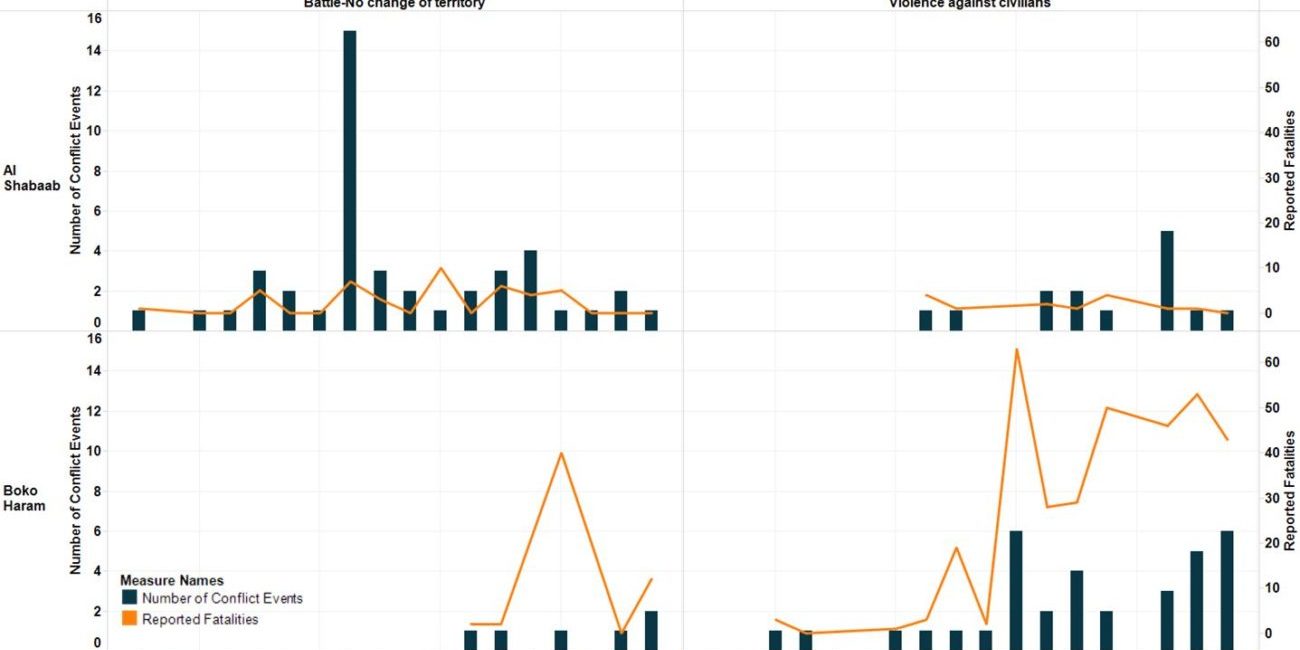 In February 2012, Boko Haram members burned down three schools in the town of Maiduguri in north-eastern Nigeria. The group claimed that the attack was provoked by indiscriminate student arrests in Islamic schools by state forces (IRIN, 4 October 2013).
In this instance, schools became sites of retaliation against government actions perceived as repressive by non-state actors. The fact that some militant groups expressly avoid the “killing of innocent pupils” (IRIN, 4 October 2013) is telling of how school and educational sites are political instruments in the eyes of some armed groups. A report by Amnesty documents that between 2010 and 2011, attacks carried out against schools were mostly conducted when they were unoccupied (Amnesty International, 3 October, 2013). This trend reinforces two dynamics of internal conflicts: targets are often symbolic and attacks on civilians are often planned to maximize strategic positions. Schools are seen as instruments of the state and are often used as political leverage to achieve political goals through disruption, rather than the intentional killing of innocent civilians. However, when these claims are not recognised, insurgents can shift their strategy to more violent practices directed at teachers and pupils. This dynamic is illustrated by Boko Haram’s intensification of violence from 2011 to the third quarter of 2014 (see Figure 1).

Violations against schools and students are most prevalent in Nigeria, Sudan, Zimbabwe and Somalia (see ACLED Crisis Blog ‘Education and Political Conflict Part 1: http://www.crisis.acleddata.com/education-and-political-conflict-part-1/).  An in-depth look at both Somalia and Nigeria can underscore further trends: Nigerian schools have not only been subjected to attacks from external rebel groups but have also experienced student-orchestrated violence. Nigerian educational facilities have a history of internal political fighting between confraternity groups. Although initially established as social organisations for students, fraternities often resorted to violence when tensions culminated between other student groups and activists over the denial of basic needs (Arijesuyo, 2010). Nigerian University campuses in the 1990s grappled with a rise in cult activity involving youth organisations and “Campus Cult” militias. Campus clashes between rival cult groups were a violent manifestation of socio-political and institutional frustrations that pervaded education– with poor access and infrastructure for learning and opportunity. However, since the decline in activity of Campus Cult militias in 1999 (see Figure 2), the role of other political militias in school violence has grown. Armed group activity has risen overall, with Boko Haram and Al Shabaab being the most active actors in school-directed violence.

Boko Haram have been involved in 33% fewer conflict events involving schools than Al Shabaab since 1997. Despite this, incidents involving Boko Haram have incurred over 7 times the number of fatalities as Al Shabaab militants. This may be due to the higher level of civilian-targeted violence perpetrated by Boko Haram, with Al Shabaab militants typically opting to engage with state security forces stationed at educational facilities. Or this may be a result of Al Shabaab ‘contracting’ out its civilian-targeted violence to other militia groups (see Figure 3).

This pattern reflects how the two groups’ objectives influence their mobilisation and conflict tactics. Al Shabaab has challenged the legitimacy of the Somali government in controlling territory, resulting in attacks on state officials and attempts to undermine AMISOM.
Boko Haram’s initial attacks were aimed at the destruction of school property, signifying the symbolic nature of their insurgency and their opposition to Western forms of education. Boko Haram’s leader threatened to escalate attacks to civilian targets in July 2013 (Congressional Research Service, 10 June 2014). This tactical shift may be an attempt to highlight the inability of the Nigerian government to provide security for its population and Boko Haram’s intent to capitalise on its strategic position.
Interestingly, both groups have provoked a military response that has reduced their control and organisational capacity. In these circumstances, a rise in attacks against schools could be expected as they are ‘soft’ targets for militant activity. Whilst this trend occurs in Boko Haram’s activity, no discernible increase is seen by Al Shabaab.
UNESCO reported a “substantial negative impact [on educational attainment] during periods of conflict” (UNESCO, 2010: 93) in Somalia, with a decline in the average years of formal schooling achieved. Thus, protracted violence from within and outside of schools, as well as varying tactics employed by state and non-state actors, creates problematic societal issues for development and progress.

No Home Field Advantage: The Expansion of Boko Haram’s Activity Outside of Nigeria in 2019
20 May 2019

Crackdowns, "Ghost-Towns," and Violence against Civilians in Anglophone Cameroon
14 February 2019