The Strategic Use of Unidentified Armed Groups In Conflict Zones 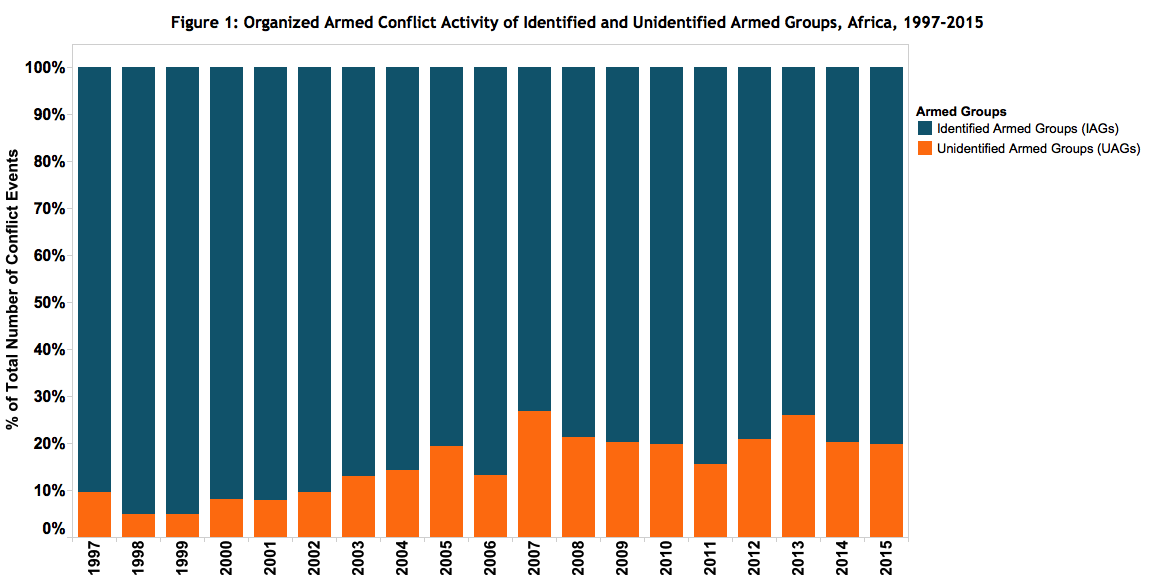 Unidentified armed groups (UAGs) constitute a large share of violent actors in the ACLED dataset; approximately 15% of organized, armed conflict carried out by violent actors (e.g., government forces, rebels, political militias, communal militias, external forces) are at the hands of UAGs.  There are many reasons why a group may be ‘unidentified’: the first is insufficiently detailed reporting, the second is complexity within the conflict, and the third is strategic. ACLED deals with the first and second reasons by triangulating and searching in multiple sources for further details of agents involved in violence. The third reason accounts for the largest portion of Unidentified Armed Groups. Due to their anonymity, UAGs can carry out violence on behalf of conflict actors – especially those who may benefit from violence but want to avoid responsibility for those actions. Government forces, for example, may benefit from violence against civilians in order to bolster the state regime and suppress any competition; however, state regimes may want to avoid publicly taking part in these activities, especially as a result of international norms. Under these circumstances, they might utilize UAGs to do this bidding for them. These groups have many similarities to political militias, especially in that they can often act as ‘mercenaries’ and do the violent bidding of elites. These political elites (governors, political party leaders, etc.) are similar to governments in that they do not want to take open responsibility for their violent actions by name.
Conflict involving UAGs has been increasing in the recent decade; these groups are responsible for an increasingly larger proportion of organized, armed conflict in Africa (Figure 1). Most events involving ‘unidentified’ groups occur in in Somalia (Figure 2). In Somalia, while the behavioral trends of identified versus unidentified groups are similar over time, there is a deviation in conflict battles involving identified groups since 2010 – in line with the major push for regaining the capital from Al Shabaab by the ‘Transitional Government Forces’ – now Government of Somalia – backed by the US and regional powers including Ethiopia, Kenya and Uganda. Late 2010 and the associated external intervention are arguably the major turning points in Somalia’s two decades of conflict. 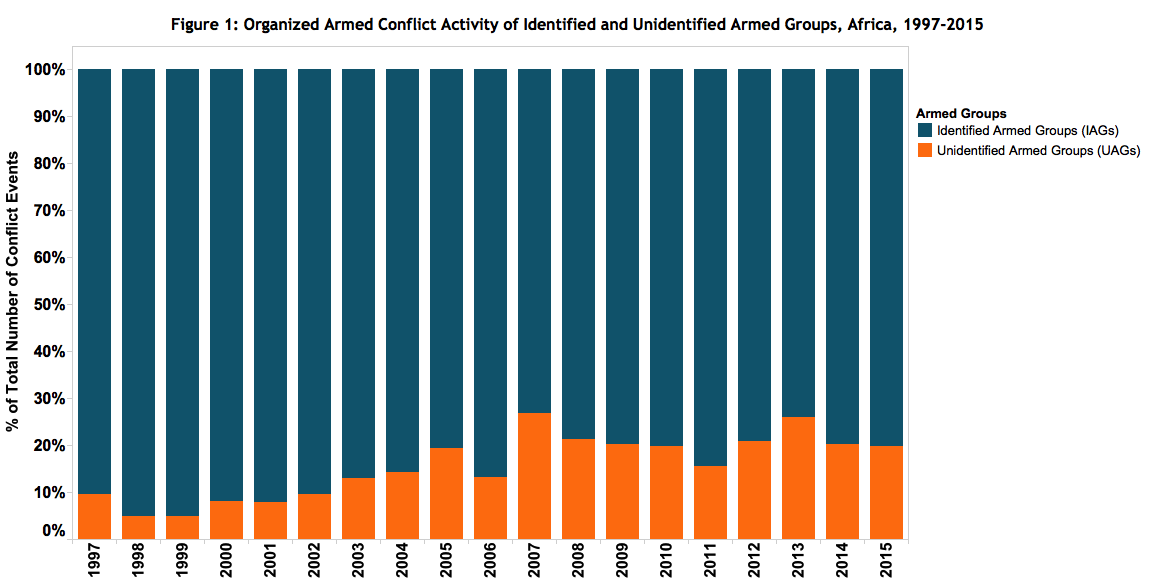 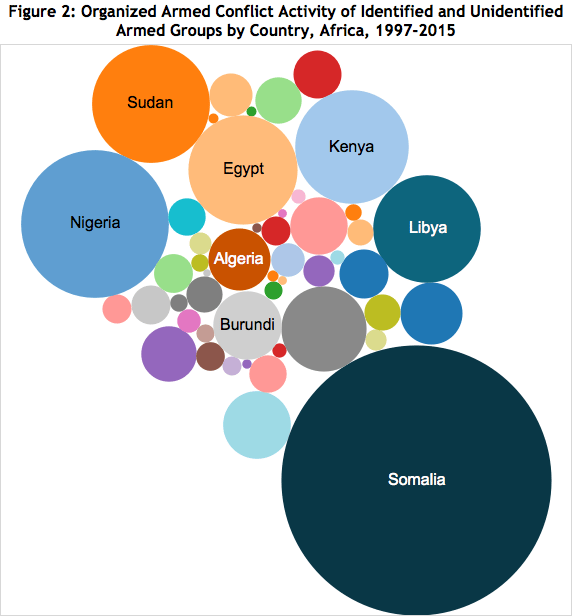 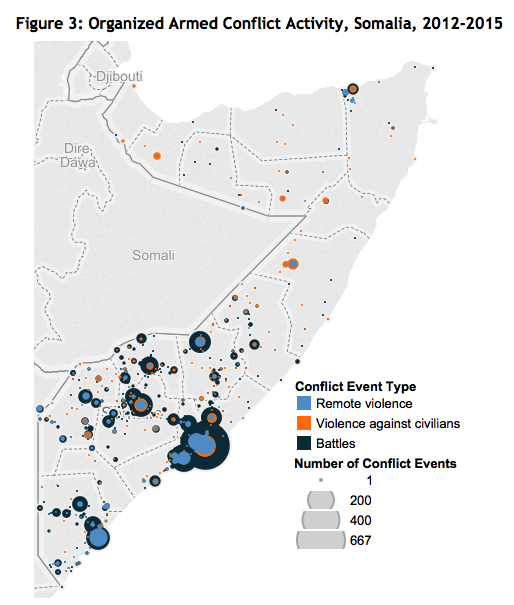 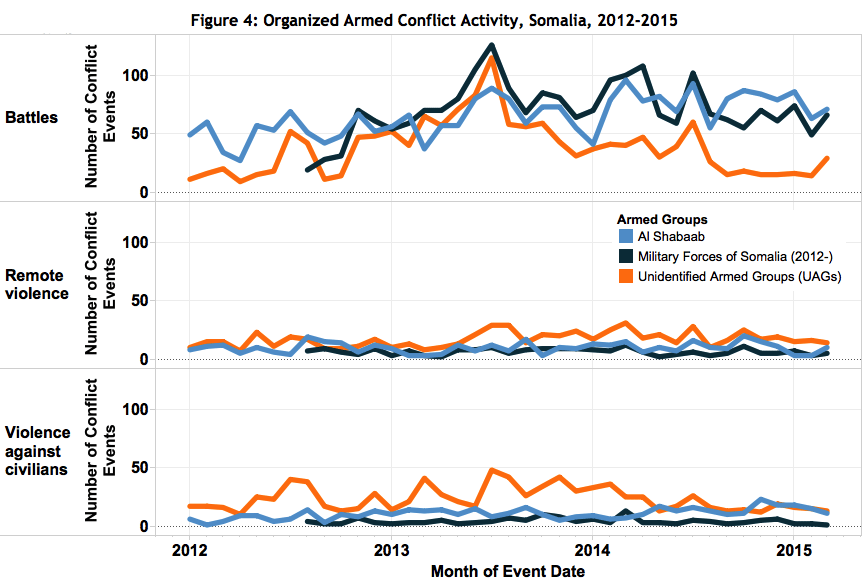 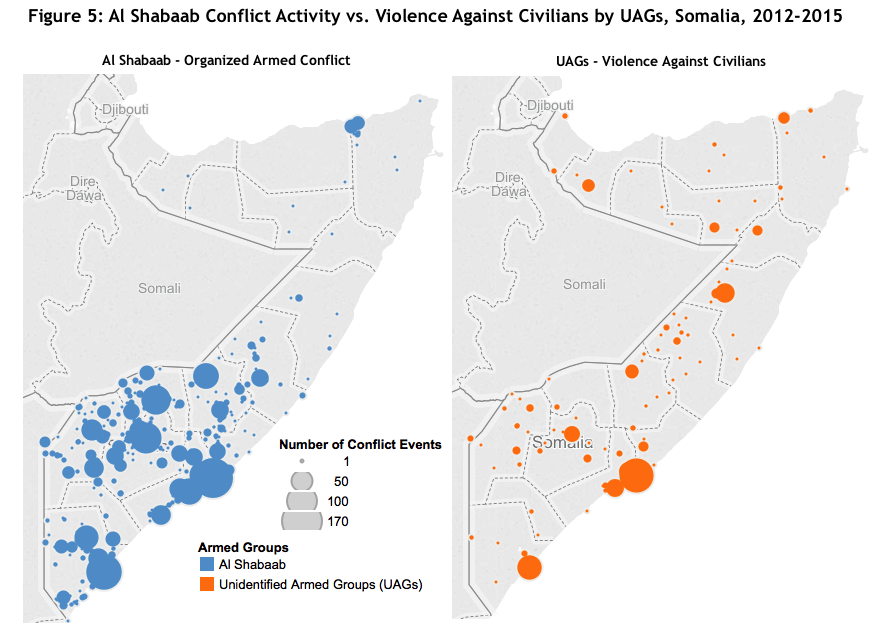 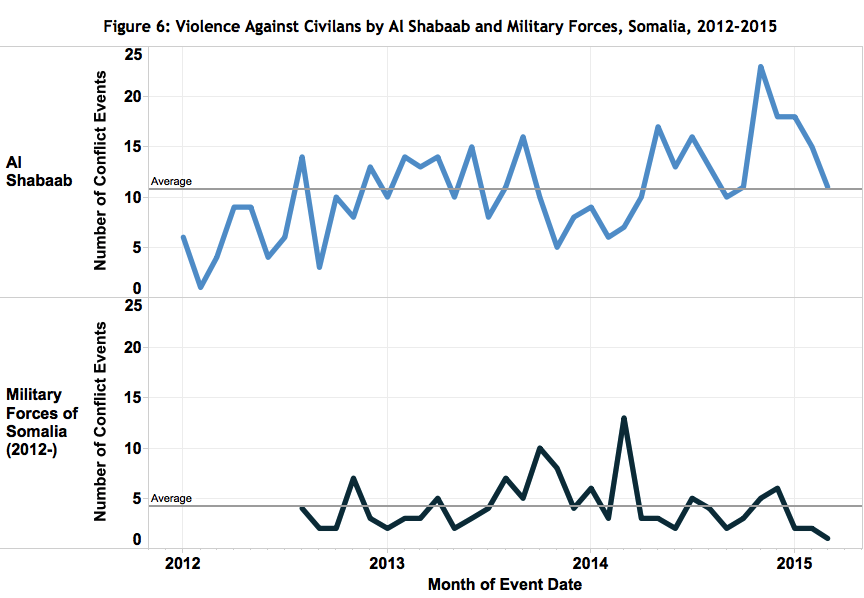 Figure 7 highlights the importance of including the conflict activity of UAGs in understanding the complete conflict landscape within Somalia – especially as UAGs make up a significant proportion of the conflict landscape: at times over half of all annual conflict activity in Somalia.  Accounting for this activity is crucial in understanding the complexity of political violence, especially as a result of the strategic use of these groups within this conflict zone. Discounting the importance of conflict activity by these actors may paint the illusion of peace in what may in reality be a contentious area. See the ACLED working paper on this topic for further analysis regarding the strategic use of UAGs, especially in conflict zones. 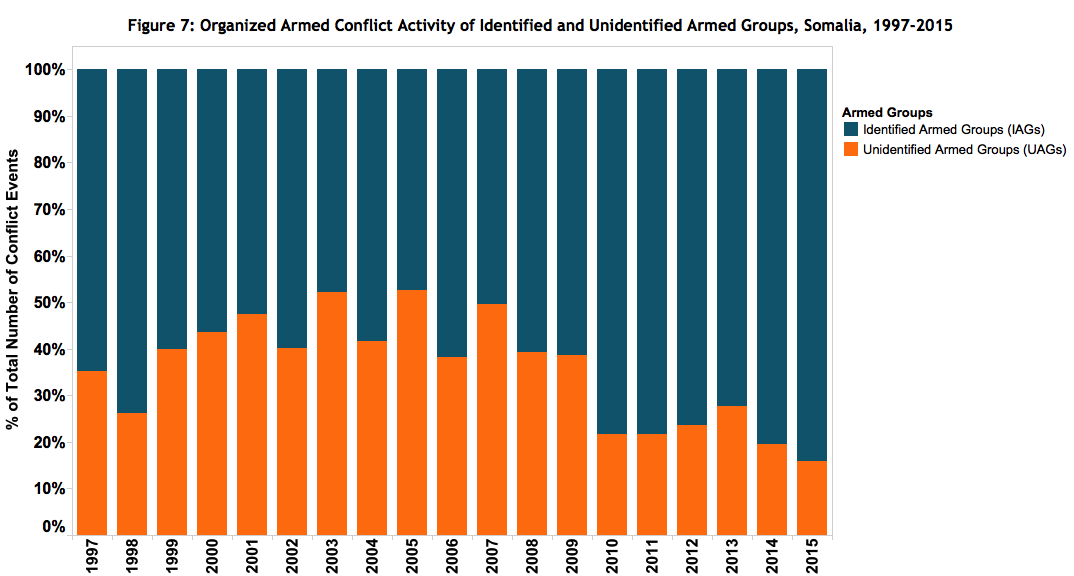