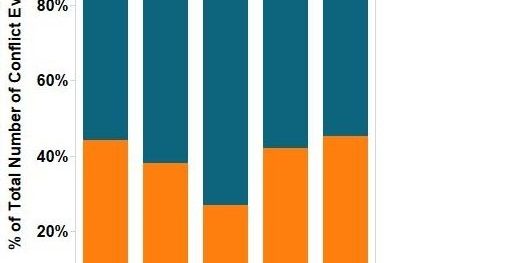 The growth of online media and easily accessible information has enabled conflict data projects to provide a granular and detailed picture of conflict dynamics with geographically and temporally discrete events (Gleditsch et al., 2013). However, reliance on secondary sources means that datasets may be vulnerable to the biases of those sources. Previous studies on the use of media in conflict monitoring have identified key areas of potential bias in reporting. Several studies have found that media publications exhibit a geographical bias and focus on events that take place in, or close to, well-connected urban hubs (Woolley, 2000; Barranco and Wisler, 1999; Kalyvas, 2004). Similarly, some publications will selectively report on events which are likely to engage their readership, meaning that reporting may be limited to particular locations and actors which are deemed relevant (Bocquier and Maupeau, 2005). Lastly, publications in a range of countries are subject to official censorship, raising the issue of pro-regime bias in data (Campagna, 1999).
This working paper investigates the sources used by ACLED, reviews the issues identified in conflict monitoring literature, and examines whether any of these issues previously identified affect ACLED. ACLED sources are classified by type (NGO reports, media, governmental sources, etc.) and scale (local, national, international, etc.). Sources of different types and scales are found to exhibit a preference for different types of event, yet the breadth of sources used by ACLED ensures that the biases of individual sources do not influence the overall quality of the data. The range of sources also means that conflicts which differ markedly in terms of type of political violence and actors are comprehensively covered. Previous studies identifying the distorting impact of publication bias in event-based datasets have confined their studies to a few publications (Barranco and Wisler, 1999; Bocquier and Maupeau, 2005), yet these issues become less significant as the range of sources used increases.
The majority of events coded in ACLED are found to take place outside of urban hubs and in areas with a population of 100,000 or lower, indicating a degree of robustness against urban bias. Furthermore, sources of different scales are shown to have a similar split between urban and non-urban events (see Figure 1). This results suggests that interdependence between local, national and international sources overcomes the issue of urban bias in reporting (Woolley, 2000; Kalyvas, 2004). 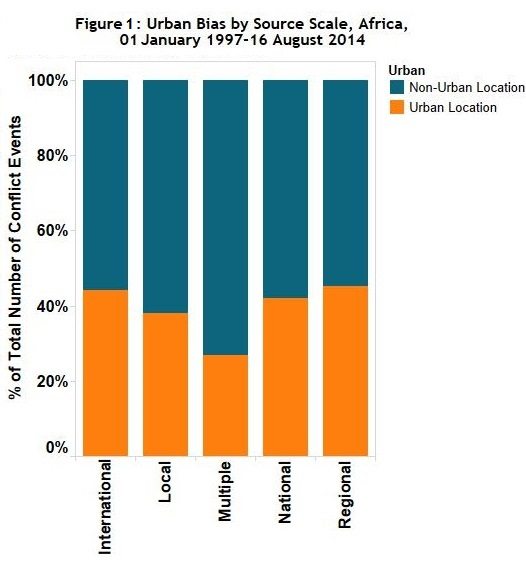 ACLED data is also merged with the Polity IV dataset to test the effect of state repression on the validity of the data. Though repressed and suppressed countries were found to be less active, this finding mirrors the wider academic consensus that countries are most politically volatile when they are neither a full democracy nor a full autocracy (Hegre et al., 2001). When ACLED data is merged with Freedom House scores, any relationship between repression and the number of events reported disappears, indicating that ACLED’s data is robust against government censorship (see Figure 2). Furthermore, a repressive Freedom House score is shown not to reduce the share of violence attributed to government forces, showing that ACLED is robust against the distortion of events by government sources, in addition to censorship. 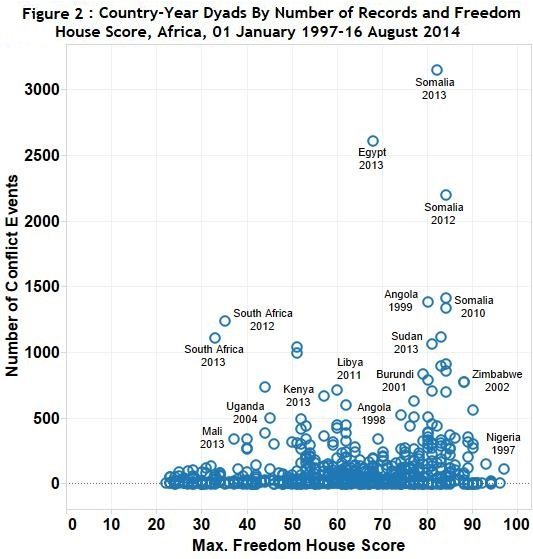 ACLED manages to avoid many of the problems previously identified in studies of conflict monitoring. The paper concludes that ACLED’s strength lies in the breadth of sources used in coding. Another strength is ACLED’s policy of conducting focussed reviews of particular episodes of violence, and triangulating sources using post-hoc publications (such as NGO or intergovernmental reports) which provide a more comprehensive and accurate portrait of the violence.
The full working paper can be found here.