Human Rights, Rule of Law, and Political Conflict in Africa 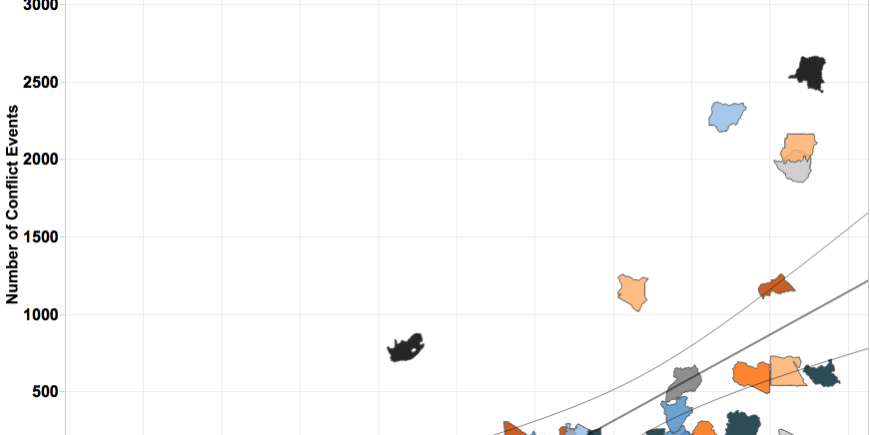 Human rights abuses can range from physical violence to denials of peaceful assembly or freedom of expression. Amnesty International (2015) highlights shortcomings in justice and accountability, where crimes such as gender-based violence go unpunished; this impunity can have further negative ramifications within effected societies (ACLED, 18 February 2015). Irresponsible business practices associated with extractive industries – such as the trade of conflict minerals in DR-Congo – can also have negative implications on societies (ACLED, 19 November 2014). Additionally, forced evictions – especially when coupled with increased risk of mortality for civilians (ACLED, 20 April 2015) – can be especially dangerous.

How do human rights violations, and the uneven protection of human rights by the state, ultimately impact future political conflict and violence against civilians? The Fragile States Index (FSI), produced by The Fund for Peace, highlights pressures faced by states, identifying “when those pressures are pushing a state towards the brink of failure,” with the intent of shaping assessments of political risk by researchers and policymakers (Messner et al., 2015). The FSI is calculated for countries worldwide using an analytical platform drawing on data and information from a number of sources. A number of attributes within each state are taken into account and weighted to create an index for state fragility (The Fund for Peace, 2015). One of these attributes is a measure of human rights and rule of law as “when human rights are violated or unevenly protected, the state is failing in its ultimate responsibility” (Messner et al., 2015, p.17). This measure includes pressures and measures related to press freedom, civil liberties, political freedoms, human trafficking, political prisoners, incarceration, religious persecution, torture, and executions.

Using ACLED conflict data and the Fragile States Index, the effect of human rights and rule of law on conflict and violence in Africa is explored here. Figure 1 displays the relationship between human rights / rule of law fragility and violence against civilians. There is an expected strong correlation, where a higher index score (based on the Fragile States Index) denotes higher fragility (i.e., more at risk). Examples in which countries have a very high fragility score paired with a very high number of instances of civilian targeting include Somalia, DR-Congo, Sudan, Zimbabwe, and Nigeria. However, the existence of outliers on the graph – in which countries are assigned a low(er) fragility score yet continue to see much violence against civilians, such as Kenya and South Africa – highlights the importance of not relying solely on rankings and indices when examining the fragility of states. 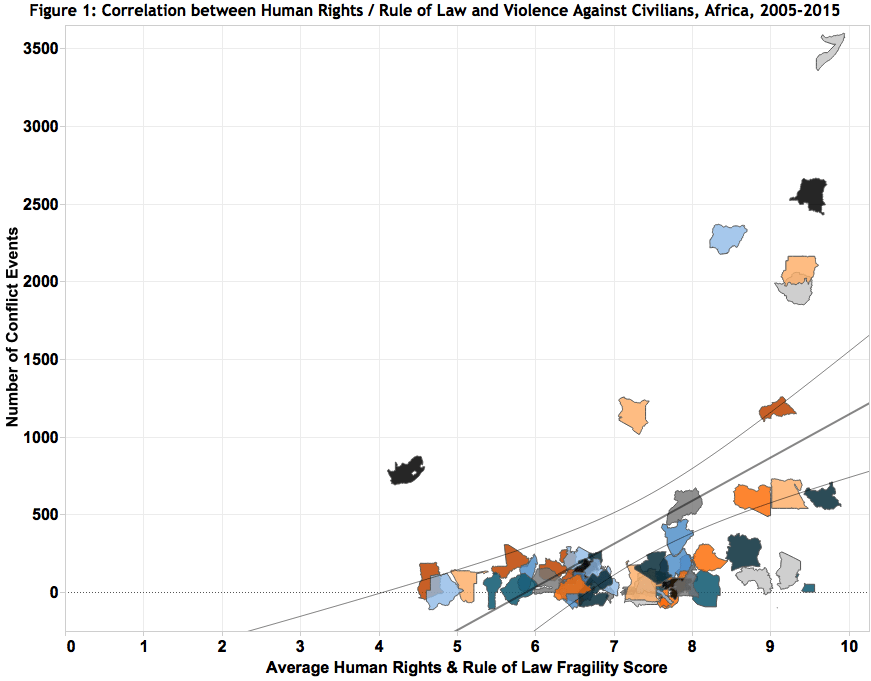 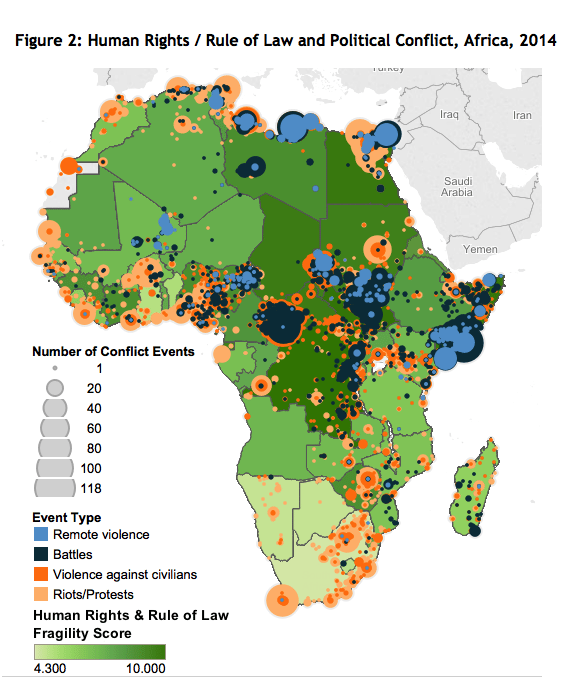 The relationships observed suggest that human rights violations and pressures on the rule of law in states can contribute to further political conflict and violence against civilians. However, it is important to be wary of rankings and indices as measures, by definition, weigh certain attributes as more or less important – and while weightings may fall in line with reality in some cases, they do not necessarily do so in all. This hypocrisy between perceptions and reality – as seen in cases such as South Africa (NY Times, 18 June 2015) – should be noted and accounted for.