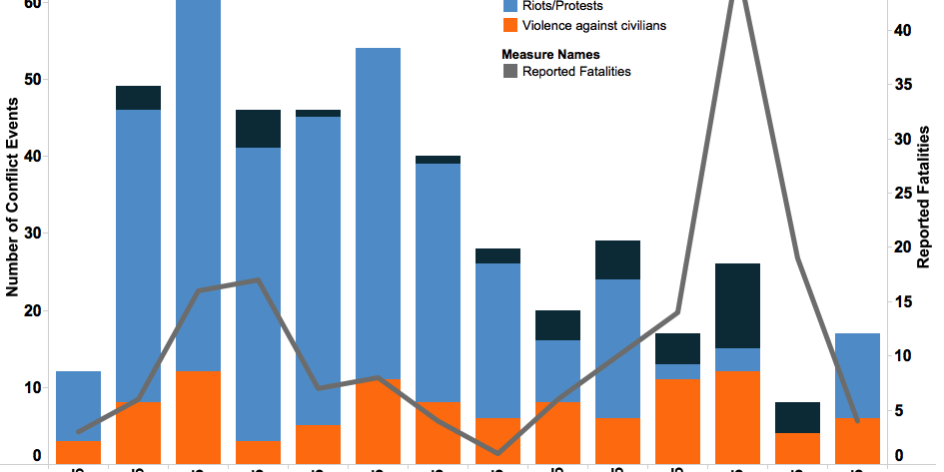 ACLED continues its release of real-time local conflict data surrounding the recent unrest in Burundi. The sixth update of the data covering events from 26 April to 25 July 2015 can be found here. It includes conflict events that occurred during the past week when the presidential election was held. As with prior local-level updates, these data mainly draw on information displayed on 2015Burundi as well as conflict data included in ACLED’s real-time conflict data release.
Bujumbura – the capital – experienced numerous riots and protests during the past week. Barricades were erected in the Mutakura, Buterere, and Cibitoke neighbourhoods during the night preceding the election.
Pierre Nkurunziza has been re-elected for a third term, while several members of the opposition party – the National Forces of Liberation – were killed during the days following the election.
In comparison to the week of 13 July, the past week (week of 20 July) saw a twofold increase in the number of conflict events, with continued violence against civilians.
For prior posts on Burundi local data coverage, see the first, second, third, fourth, and fifth updates on the topic. 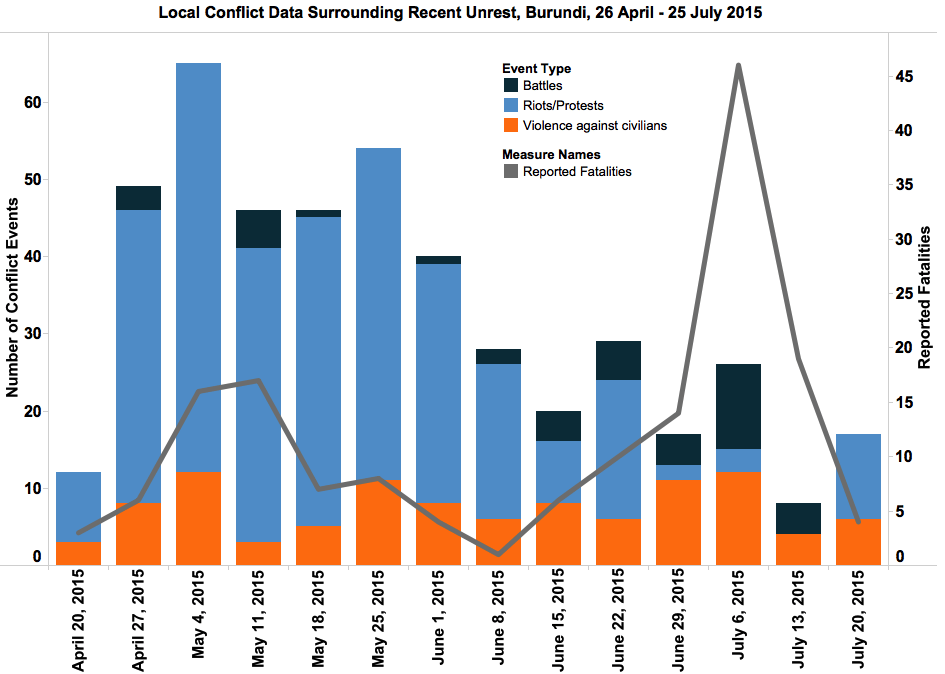