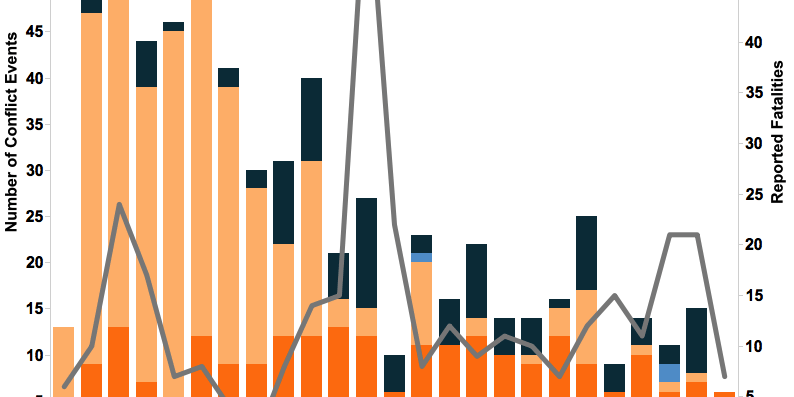 A new update of the recent unrest in Burundi, covering events from 26 April to 10 October 2015 has been released by ACLED. This update can be found here. These real-time data draw primarily on crowd-sourced information available from 2015Burundi as well as from ACLED’s weekly real-time conflict data release.

The last two weeks of September 2015 recorded 21 fatalities in each week, causing the greatest spike in deaths in Burundi since mid-July. This spike is due to increased battles between police and unidentified armed groups, with two battles in the week of September 21st and seven battles in the week of September 28th. The most recent battles occurred on October 3rd in areas north of Bujumbura. Fighting between police and unidentified groups in Mutakura, Cibitoke, Ngagara, and Kamenge resulted in at least 13 fatalities. Following the battles, bodies of opposition members and activists were found in various neighborhoods near Bujumbura.

On September 24th, for the first time since July, Burundi experienced remote violence when unidentified groups launched pyrotechnic mortar bombs on homes in Kiriri and Kavumu. No injuries were reported, but the home of a Jesuit priest was damaged. The number of incidents of violence against civilians has remained steady, with an average of six such conflict events in each of the past three weeks. On September 29th, the president of the Movement for Solidarity and Development (MSD) in Muramvya commune, Jean Baptiste Nsengiyumva, was assassinated in front of his home on Mubira Hill. The week of October 5th saw six events of violence against civilians, resulting in seven fatalities. There are reports that coup leader Cyrille Ndayirukiye was severely beaten by police in Gitega prison on October 5th. Police and Imbonerakure have also made several arrests in Makamba, Gitega, and Kabarore, accusing Rwandan civilians of spying, and suspecting Burundian civilians of attempting to join rebel groups in Tanzania. 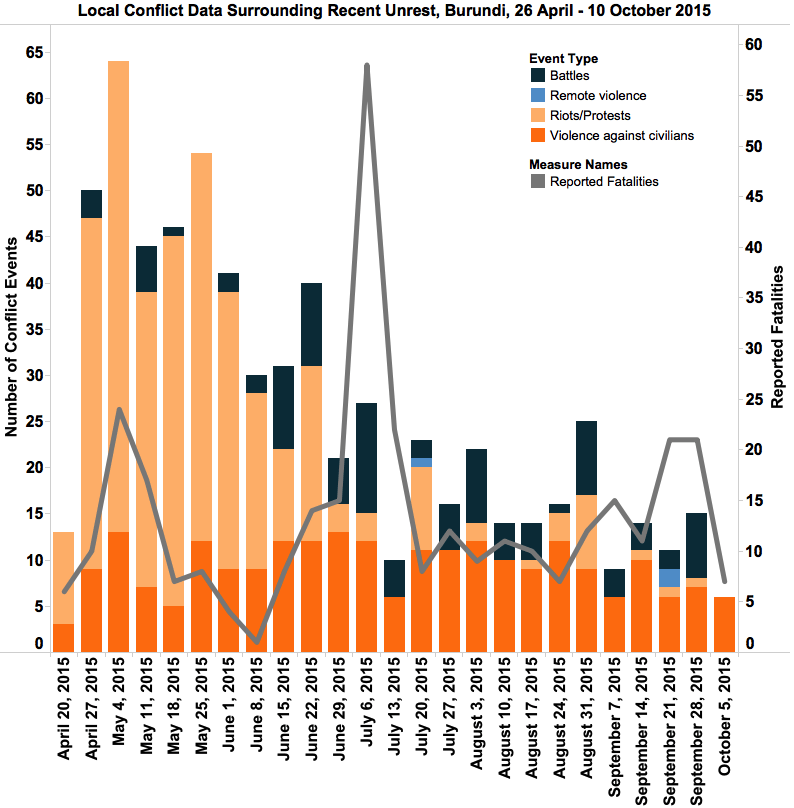