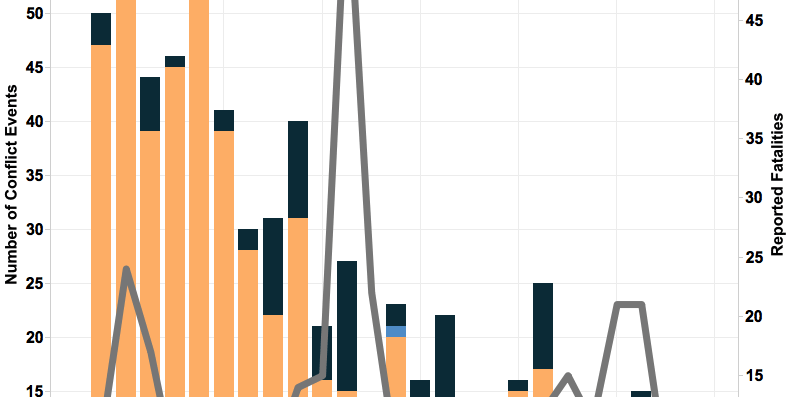 A new update of the recent unrest in Burundi, covering events from 26 April to 24 October 2015 has been released by ACLED. This update can be found here. These real-time data draw primarily on crowd-sourced information available from 2015Burundi as well as from ACLED’s weekly real-time conflict data release.
Burundi has experienced its first week of calm since April 2015, when riots and protests and violence against civilians were sparked by the announcement of the ruling National Council for the Defence of Democracy-Forces for the Defence of Democracy (CNDD-FDD) to nominate President Pierre Nkurunziza for a controversial third term. There were no conflict events nor conflict-related fatalities reported the week of October 19. This is the least amount of activity in the country since the week of September 7, in which nine events were recorded.
However, the sense of calm is tentative. It is not uncommon for information about past incidents to come to light in the days and weeks following an event. For example, reports released October 18 revealed that the body of Movement for Solidarity and Democracy (MSD) activist Charlotte Umugwaneza had been found in Gikoma River on the outskirts of Bujumbura (International Business Times, 18 October 2015). Umgwaneza, whose family is originally from Rwanda, disappeared on October 16; she was last seen leaving the Ngagara neighbourhood. Family members suspected Burundi secret service agents of holding Umgwaneza hostage. A day later, her body was found with traces of blood and signs of alleged torture, leading many to believe that she had been assassinated before being placed at the river. Previously, the week of October 12 had reported two battles and seven fatalities (ACLED Crisis Blog, 20 October 2015). The report of Umugwaneza’s death brings an updated total of three events and eight fatalities for the week of October 12. 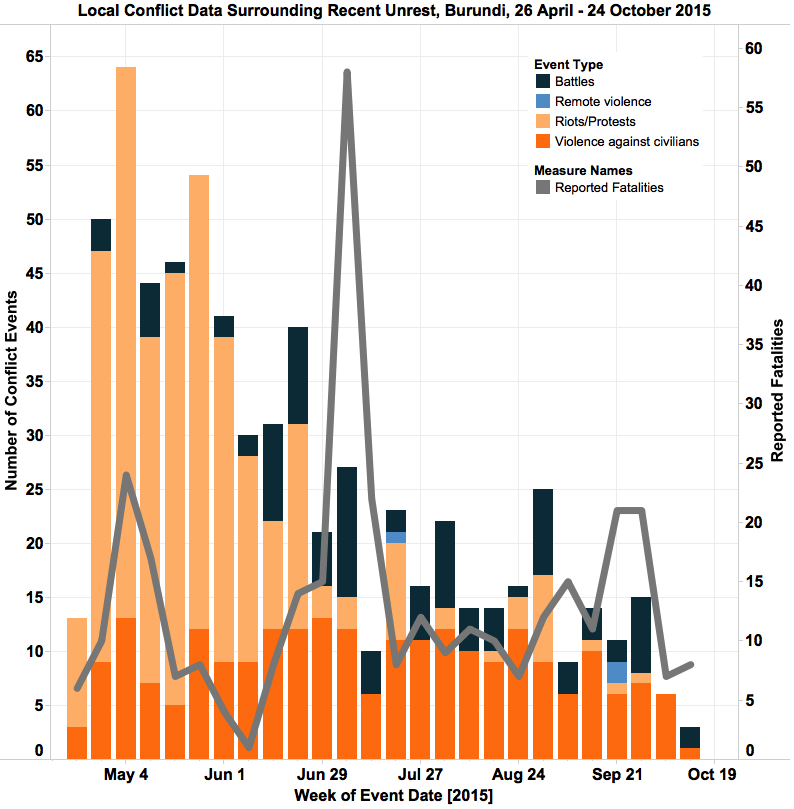