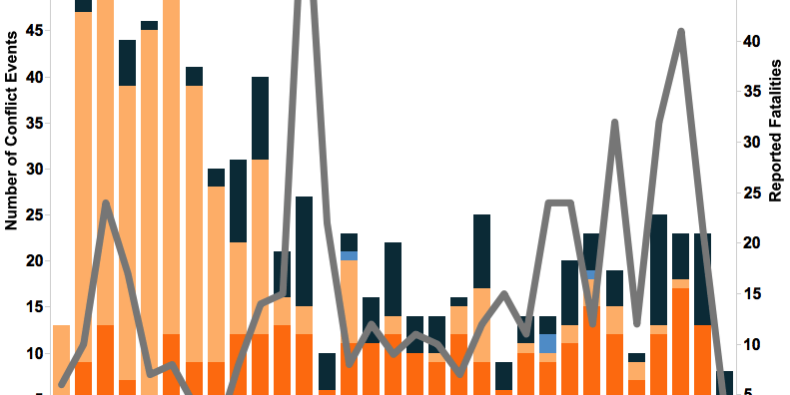 A new update of the recent unrest in Burundi, covering events from 26 April to 21 November 2015 has been released by ACLED. This update can be found here. These real-time data draw primarily on crowd-sourced information available from 2015Burundi as well as from ACLED’s weekly real-time conflict data release.
Conflict events and reported fatalities dropped significantly in Burundi last week when compared to the prior three weeks. The conflict continues to be fairly evenly split between battles and instances of violence against civilians. Another constant trend throughout the past few weeks has been that a majority of conflict events occur in communes of the capital city Bujumbura. On November 16, grenades were launched in Kamenge and Buyenzi, injuring multiple policemen and civilians. Unknown gunmen continued to attack police forces the following day in Nyakabiga. Also on November 17, two civilians were killed in Muha – one by grenade and one by gunfire. On November 18, two mortar shells were launched towards the presidential palace in Bujumbura; insurgents admitted that the shells “unfortunately” missed (Agence France Presse, 19 November 2015).
Targeting of the palace may seem reminiscent of attacks that sparked the country’s civil war from 1993 to 2005. In October 1993, Tutsi paratroopers assassinated Burundi’s first Hutu president, Melchior Ndadaye, just a few months into his term. His death launched a decade of ethnic-based fighting that claimed 300,000 lives. However, not all conflicts are genocides. Burundi’s current crisis – triggered by President Pierre Nkurunziza’s announcement that he would seek an unconstitutional third term – remains primarily an issue of opposing political voices rather than violence inflicted to destroy a particular ethnic group (Cronin-Furman & Broache, 15 November 2015). Although not amounting to ‘genocide’, Burundi’s recent political violence has resulted in an average of 70 reported fatalities each month since April 2015.
For more on Burundi local data coverage and analysis, see ACLED’s prior posts on this topic. 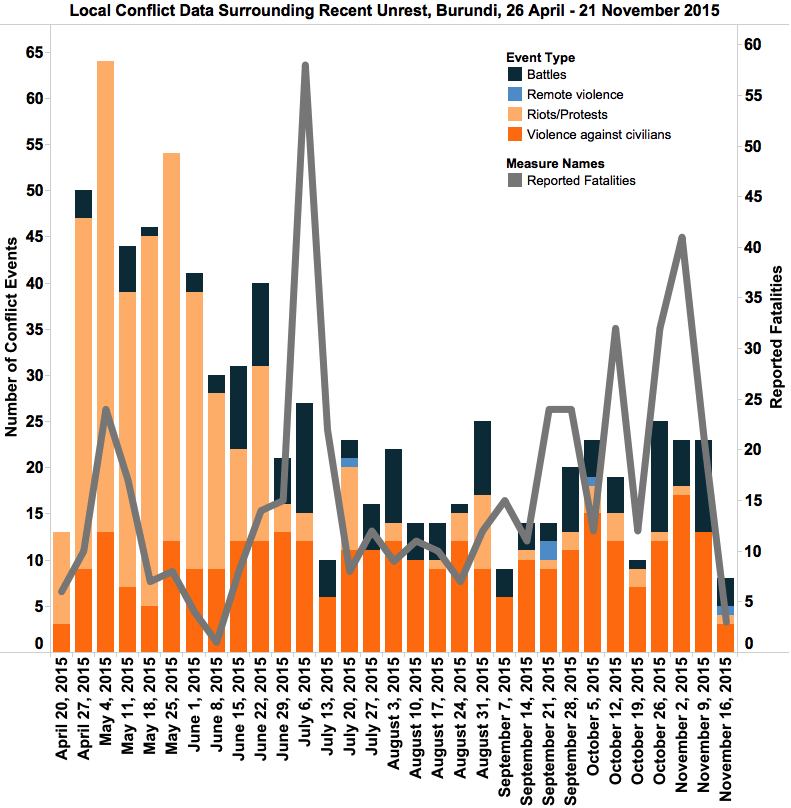