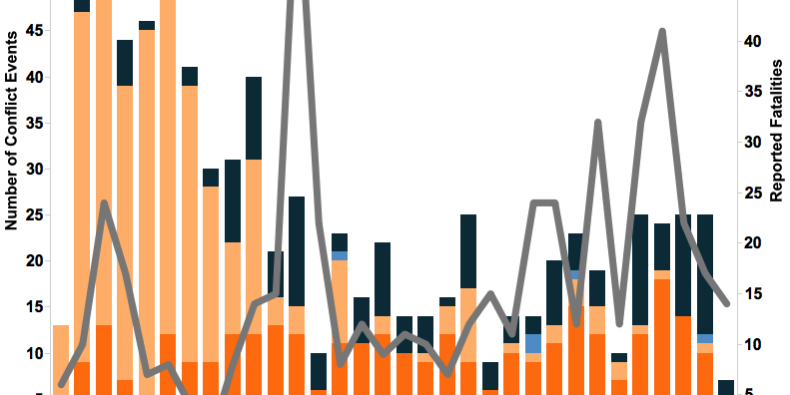 A new update of the recent unrest in Burundi, covering events from 26 April to 28 November 2015 has been released by ACLED. This update can be found here. These real-time data draw primarily on crowd-sourced information available from 2015Burundi as well as from ACLED’s weekly real-time conflict data release.

Burundi witnessed a stark decrease in the number of conflict events reported the week of November 23 compared to last week. However, the number of reported fatalities – 14 in the past week – remains relatively high. A number of individuals were killed when armed men attacked a bar in Gisuru on November 23. Over the next two days, reports suggest that six people were killed in clashes between police and armed groups across the capital city of Bujumbura. On November 27, an advisor to President Pierre Nkurunziza survived an assassination attempt when gunmen opened fire on his vehicle in Kajaga; one bodyguard was reportedly killed in the incident.

A key development last week was the government’s suspension of ten local human rights organisations (Freedom House, 23 November 2015). Bank accounts were frozen, including those of the Association for the Protection of Human Rights and Prisoners (APRODH), founded in 2000 to protect the rights of detained persons (Insight on Conflict, 2015). Suspensions and frozen bank accounts are only the latest in a long line of tragedies that have befallen the organisation. APRODH President Pierre Claver Mbonimpa was targeted and seriously injured by an armed group in August, and his son-in-law was assassinated in October when a grenade was thrown at his car. At least 15 prominent human rights activists have fled Burundi after receiving threats to themselves and family members (UN News Centre, 25 November 2015).

On November 12, the United Nations Security Council passed a resolution urging the Government of Burundi to cooperate with an African Union-endorsed mediation to be led by Ugandan President Yoweri Museveni (UNSC S/RES/2248, 12 November 2015). But an increased crackdown on the freedom of human rights organisations and on the ability of media outlets to report events and fatalities lessens any potential for such inter-Burundian dialogue or political engagement with opposition voices. As Freedom House’s Director for Africa Programs Vukasin Petrovic states: “Burundi is at a severe disadvantage without an active civil society, and any remaining legitimacy is slipping away with these oppressive tactics” (Freedom House, 23 November 2015). 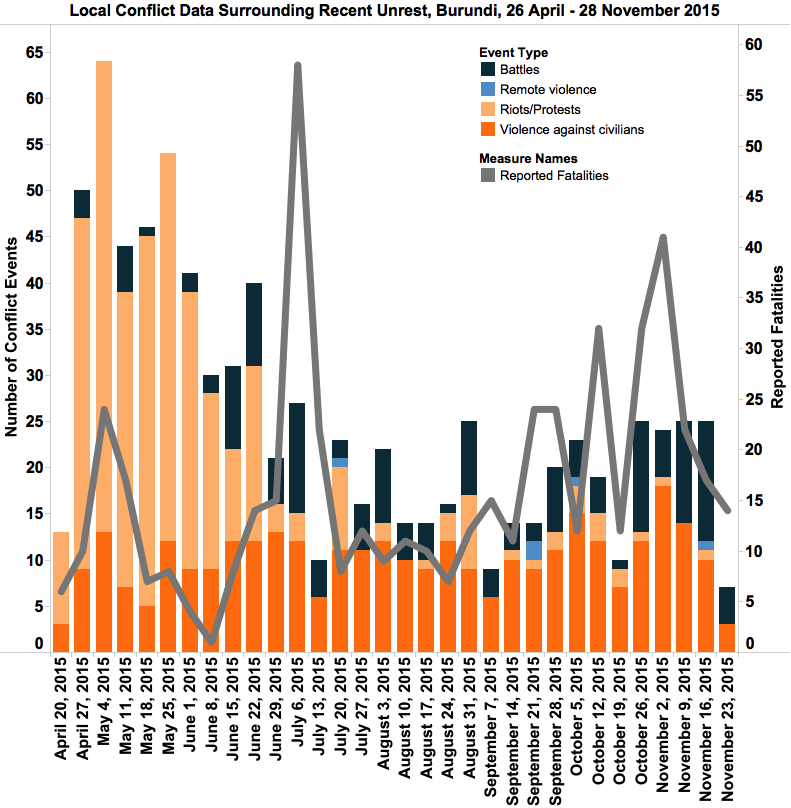