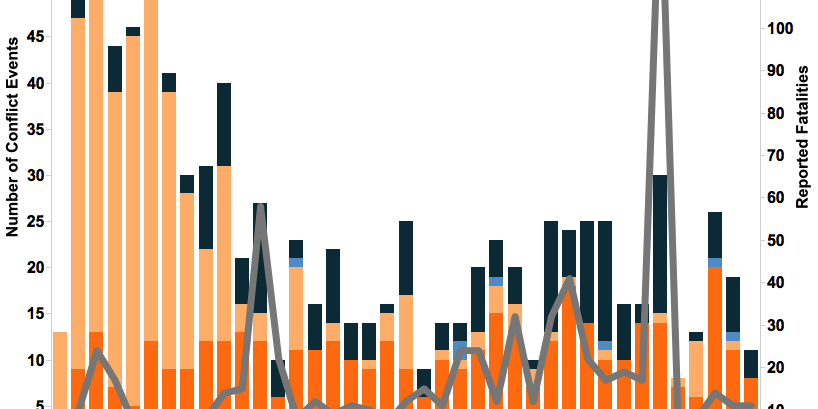 A new update of the recent unrest in Burundi, covering events from 26 April 2015 to 16 January 2016 has been released by ACLED. This update can be found here. These real-time data draw primarily on crowd-sourced information available from 2015Burundi and a local Burundi monitoring network, as well as from ACLED’s weekly real-time conflict data release.
In the week of January 4, Burundi saw a slight decrease in the number of conflict events, which continue to be spread fairly evenly between battles and violence against civilians. A majority of the events occurred on January 9. An armed group attacked soldiers in Cibitoke, while chanting anti-government slogans. In Jabe, military forces clashed with an armed group, and grenade explosions resulted in the reporting of one civilian death. In Nyakabiga, police shot and killed a cameraman, and separately, a grenade explosion injured two police officers. During the week, bodies were found in Kivoga and in the river separating Nyabagere from Cibitoke.
The week of January 11 saw fewer reported conflict events, however, the number of reported fatalities remained the same as the week prior. On January 13, at least five policemen were killed when two grenades exploded in Mutakura. On the same day in Kiyenzi, soldiers killed former Army Captain Idi Omar Bahenda and former Police Brigadier Jean Claude Niyongabo, who had defected and were thought to be recruiting rebel fighters (US News, 13 January 2016). In Bujumbura Marie and Bujumbura Rural, police conducted searches targeting the homes of former army members.
Military defections, including that of Lieutenant Colonel Edouard Nshimirimana (Tutsi) in December, are thought to be occurring along ethnic divisions (Associated Press, 30 December 2015). On January 15, former Defence Minister Cyrille Ndayirukiye (also Tutsi) and four others were sentenced to life in prison for an attempted coup in May of last year (Reuters, 15 January 2016). Such schisms within the military, coupled with an increase in enforced disappearances and extrajudicial killings, are setting off warning signs to the United Nations (UN). The UN still bears the brunt of criticism for acting complacent in light of similar red flags at the onset of the genocide in Rwanda in 1994. UN High Commissioner for Human Rights Zeid Ra’ad Al Hussein stated: “All the alarm signals, including the increasing ethnic dimension of the crisis, are flashing red” (UN News Centre, 15 January 2016).
On January 15, Al Hussein called for an investigation into the events of December 11 and 12, in which attacks on three military camps near Bujumbura triggered violent police searches and arrests in Musaga, Ngagara, Nyakabiga, Cibitoke and Mutakura (New York Times, 15 January 2016). Security forces and Imbonerakure militia reportedly gang-raped women and tortured and abducted men suspected of carrying out the attacks. The Office of the High Commissioner for Human Rights is analysing satellite imagery to determine the rumoured existence of secret detention centres and nine mass graves near the capital city of Bujumbura (UN News Centre, 15 January 2016). 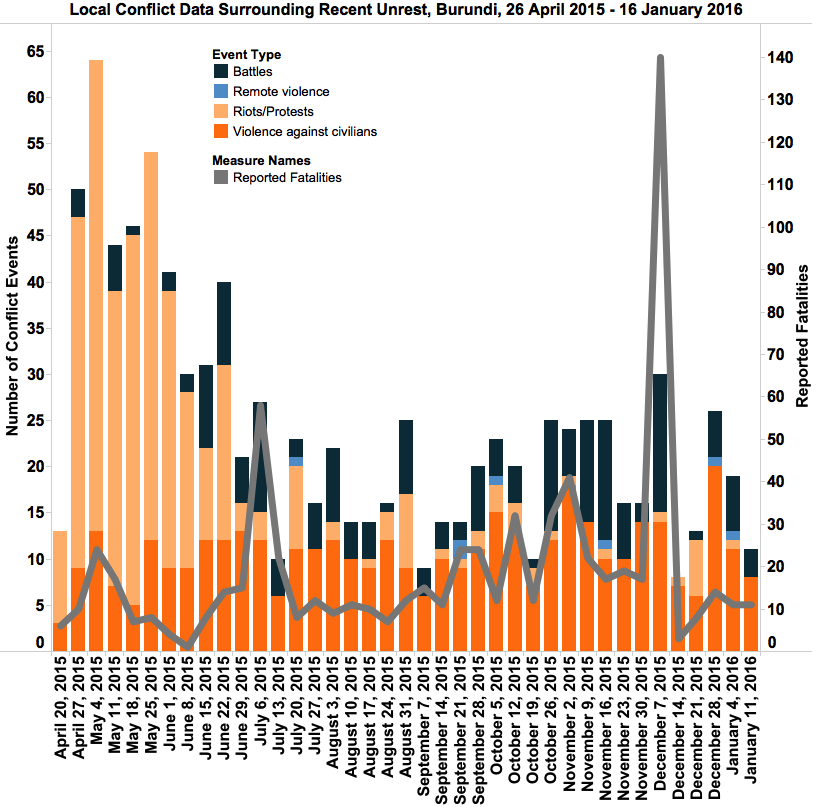