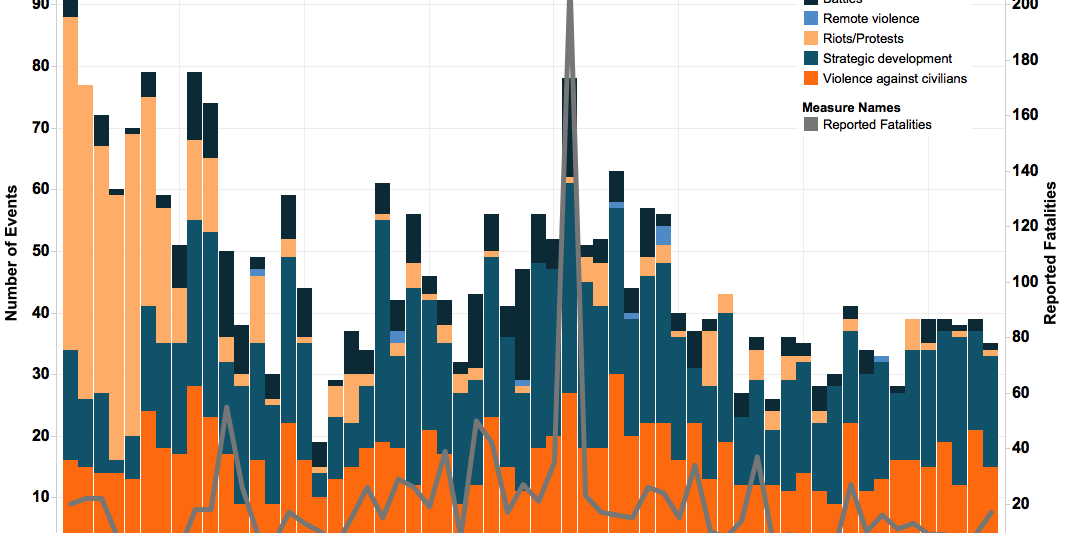 A new update of the recent unrest in Burundi, covering events from 26 April 2015 to 19 June 2016 has been released by ACLED. This update can be found here.

Violence against civilians and strategic developments (primarily arrests) continue to be prevalent across Burundi, and reported fatalities last week reached the highest number reported in over two months (see Figure 1). 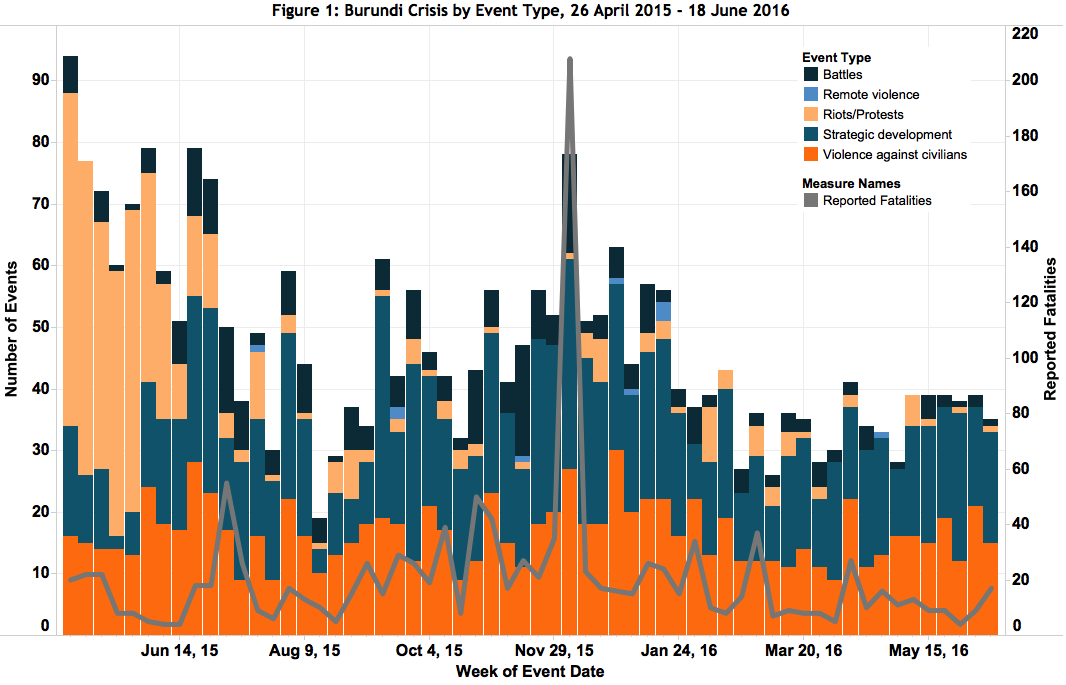 There has been a trend of violence against women being reported in the past two weeks. On June 8, unidentified armed persons (reported to be rebels) killed a woman in Sakinyonga. The assaulters robbed 350.000BIF from her boutique. On June 12, armed gunmen shot and killed a woman in her home in Musaga. There was no report of theft. It is though that this murder might be connected to the victim’s husband who is imprisoned for political reasons (Xinhua, 13 June 2016). On June 16, the lifeless body of a young woman was found in Rukoba Hill – she was found naked, and was reported to have been raped before being killed.

A wide number of student arrests occurred across Burundi during the past two weeks, all centered on damage done to the photo of the President in student textbooks (Human Rights Watch, 20 June 2016) (see Figure 2). On June 14 and June 15, following inspections in schools in Cankuzo, four students were arrested and detained in prison for scribbling on the photo of President Nkurunziza while three students disappeared, feared to be arrested. In Ruyigi, on June 15, about 30 students were arrested, charged with damaging the image of President Nkurunziza. In Kigangabuko, 15 students spent four hours in jail, while in Vumwe the students were held overnight. On June 18, in Makamba, about 15 students were arrested and questioning for damaging the image of the President in their books. The father of one of them was also arrested for complaining about the arrest of his son. This highlights the zero tolerance policy of the regime when it comes to disloyalty. 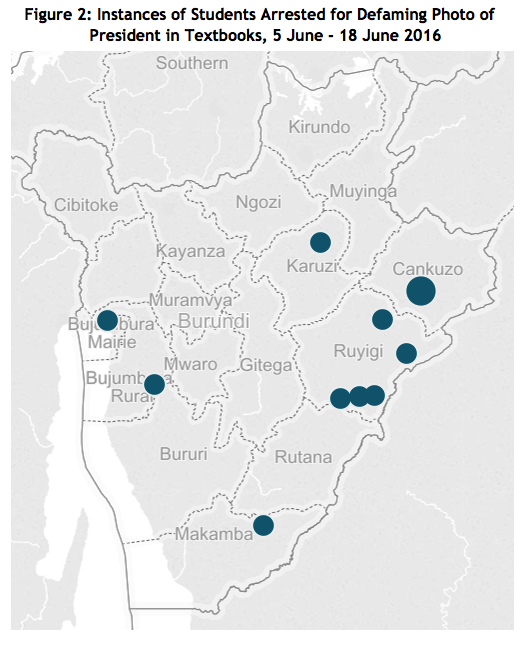