Emergency Rule and Insurgency in Egypt 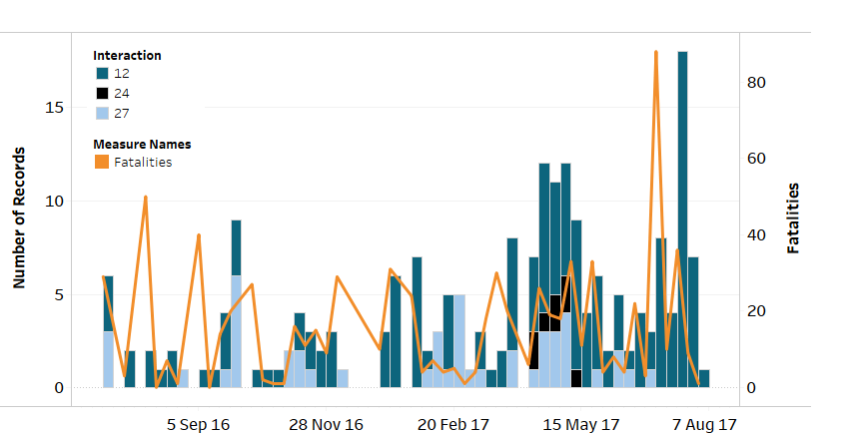 Despite the overall decrease in conflict and protest events taking place in the country, Egypt continues to face a growing insurgency based in the North Sinai province. Since declaring allegiance to the Islamic State in November of 2014 the State of Sinai has launched numerous attacks against state forces and has claimed responsibility for a wave of bombings targeting Coptic Christians. Two suicide bomb attacks on churches in Tanta and Alexandria left at least 45 people dead and over a hundred injured (Al Jazeera, 12 April 2017) prompting the declaration of a state of emergency in April, 2017.

The State of Emergency – a first since the adoption of the 2014 constitution – was extended an additional three months on June 22 by Egypt’s cabinet and grants the country’s rulers greater policing and surveillance powers (Madamasr, 10 April 2017). This, in addition to the re-introduction of State Security Emergency Courts, have left many citizens worried that the declaration represents a return to the authoritarian security state that prevailed under Hosni Mubarak. Government supporters insist that the move is necessary to combat the insurgency. Opponents see the move as a message to Egyptian society to “get on board with the new regime” and a rerun of the emergency law imposed in 1967 which suspended the population’s civil rights for supposed security (BBC, 8 June 2017; Washington Post, 13 April 2017).  Continuous emergency rule was a key grievance during the Egyptian Revolution of 2011.

Following the declaration of a State of Emergency in April, the month of May saw a spike in both the number of attacks and the number of recorded fatalities inflicted by the State of Sinai as militants battled state forces and tribal militias in addition to continuous attacks on civilians (see Figure 1). More recent activity involving engagement with tribal militias and state forces signal a change in strategy for the group; suggesting a move away from a focus on civilian targets and the resumption of attacks on police and military personnel. 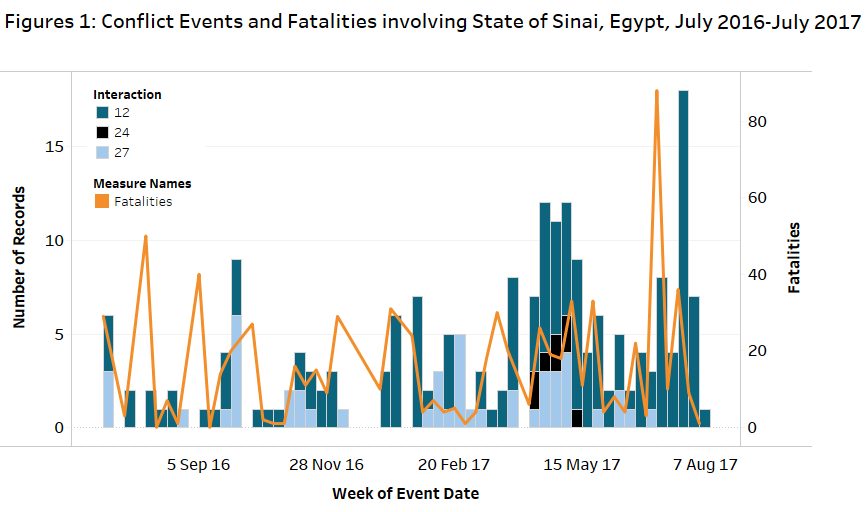 Two attacks by militants claiming affiliation to Islamic State in May – one on a bus of Coptic Christians in Minya province south of the Egyptian capital that killed 29 people and a suicide belt attack in Bahariya Oasis that killed 4 military personnel – could suggest an expansion of the geographic scope of an insurgency that has previously been limited to the Sinai peninsula. The attack in Minya was carried out militants trained in Libya. The Egyptian Air Force launched airstrikes against militants in Libya, but the targets appeared to have not involved in the Minya attacks (Hennessy-Fiske, 27 May 2017; Aboulenein and Elgood, 31 May 2017). The geographic expansion of Islamist insurgency along with the spike in activity following the declaration of the State of Emergency implies that the government’s strategy of limiting political freedoms and increasing repression has not been effective. Sustained levels of violence in Egypt’s North Sinai and an inability to quell or contain the insurgency suggest that the Egyptian authorities may want to consider alternative ways of achieving security.