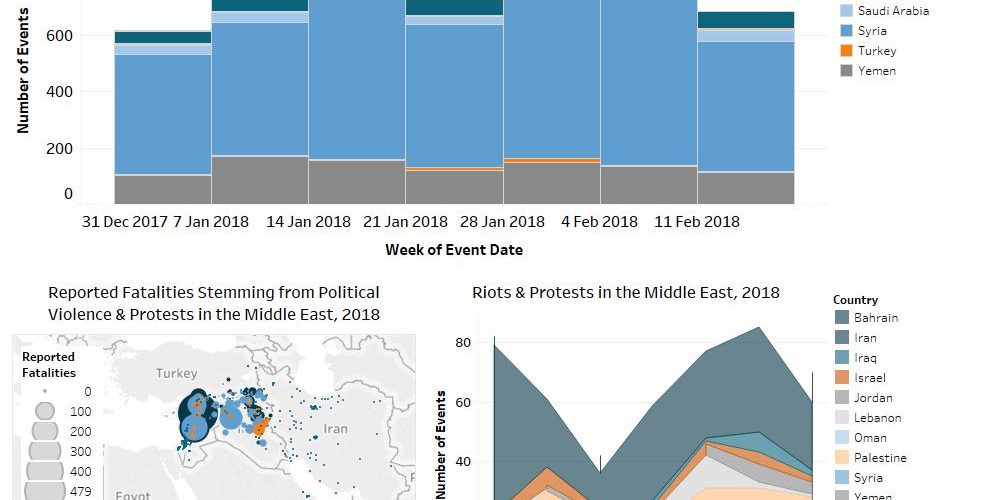 Although this week saw no notable changes in conflict trends Afghanistan, Iraq, or Turkey, the ongoing conflicts in Syria and Yemen continue to evolve, while several other countries witnessed significant protest dynamics. In Syria’s case a slight decrease in events was seen this week, although airstrikes by the Global Coalition continue to hit Islamic State (IS) targets in Deir-ez-Zor. This week also saw a renewed use of white phosphorous in Russian airstrikes. Yemen meanwhile saw intense clashes between pro-Houthi and pro-Hadi troops in Hudayda this week, while Saudi troops began a new offensive against the forces of Al Qaeda in the Arabian Peninsula (AQAP) in Yemen, codenamed Operation Faisal.

Outside these conflict zones, several countries saw notable protest actions. In Iran the number of protests remained roughly equal to last week, although a number of new locations were represented. In contrast, both Bahrain and Palestine saw significant increase in protests this week. In Bahrain, 10 protest events were recorded on the anniversary of its 2011 protest movement, almost all of which were reported to involve either clashes between police and demonstrators or police violence against demonstrators. This can be compared to no reported events in Bahrain the previous week. In Palestine, a fresh “Day of Rage” resulted in a significant number of protests, with demonstrators clashing with Israeli forces. Four Israeli soldiers were also injured in an explosion on the border with the Gaza Strip, which led to Israeli airstrikes on 6 sites in Gaza. 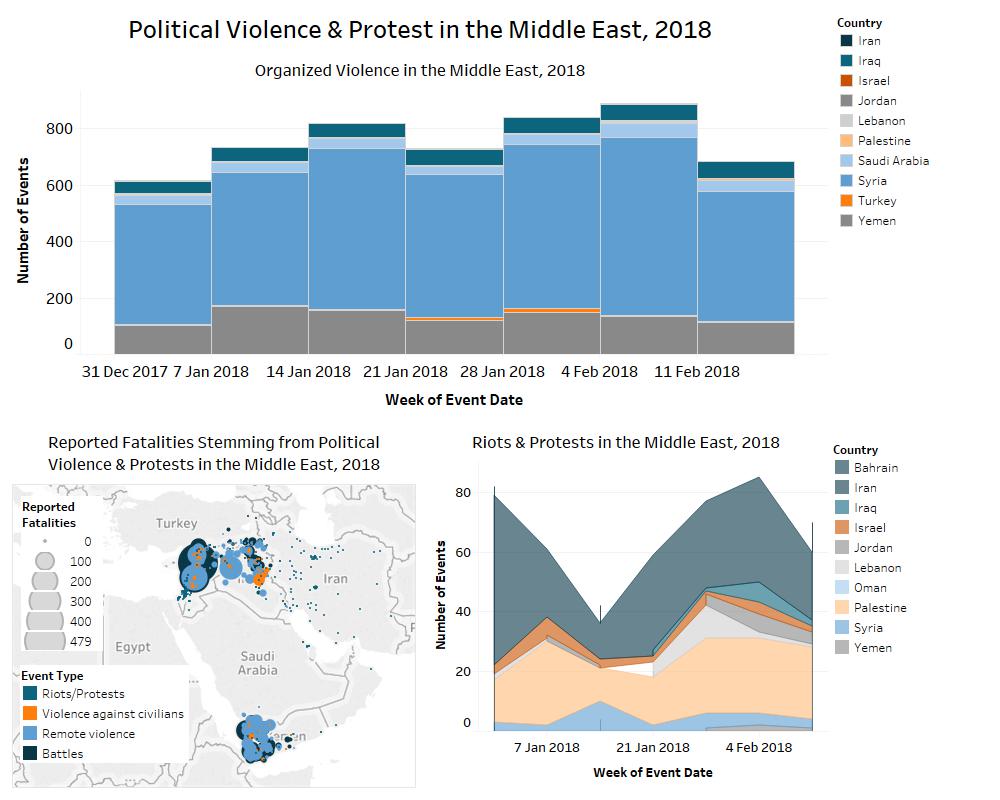