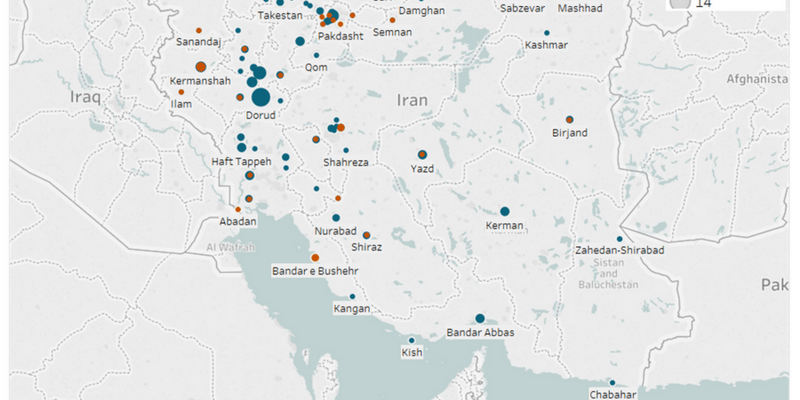 Beginning on 28 December 2017, a wave of demonstrations swept across Iran. Protests started in the city of Mashhad, Iran’s second most populous city and one of its most important religious centers, and rapidly spread into other major towns including Nishabur, Kashmar, Birjand, Noshahr, and Yazd. The events were initially motivated by widespread frustration with unemployment, corruption, price increases, and the government’s inability to address popular concerns. However, as demonstrators continued to take to the streets in the early days of January, they began to criticise the political regime as a whole and even Ayatollah Ali Khamenei, Iran’s supreme leader and religious authority.

These demonstrations presented the most serious challenge to the Iranian government since the 2009 presidential election demonstrations associated with the Iranian Green Movement. However, contrary to the 2009 demonstrations that involved leading opposition figures, the 2017-2018 events lacked a recognised leadership, despite the alleged support of Iranian conservatives. Anti-government demonstrations spread quickly across the country’s rural and socially traditionalist provinces thanks to the use of social media and texting applications such as Instagram and Telegram, both filtered by the government a few days after demonstrations began.

ACLED data show the exceptional nature of the demonstrations. While between 1 January 2017 and 27 December 2017 a total of 140 riots and protests occurred in Iran, nearly 250 events were recorded between 28 December 2017 and 31 January 2018, including several pro-government rallies. At least 22 people were reported killed in clashes during that same period. Demonstrations reportedly broke out in almost all Iranian provinces, even in the largely quiet provinces of Lorestan; Chaharmahal and Bakhtiari; Hamadan; and Semnan, which barely witnessed any event in the previous twelve months. 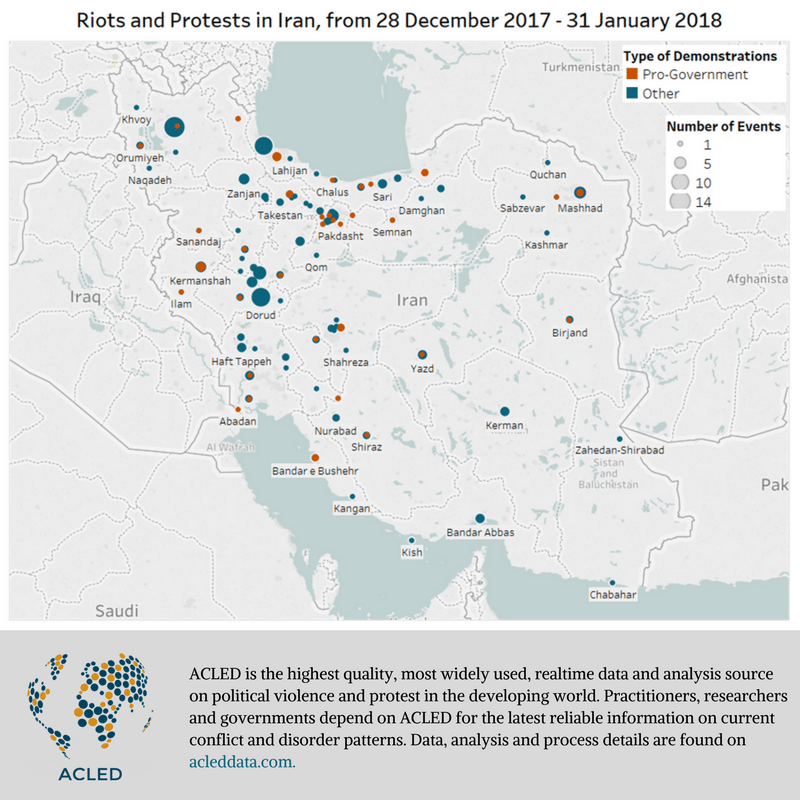 Crackdowns, "Ghost-Towns," and Violence against Civilians in Anglophone Cameroon
14 February 2019

Fatalities in the Yemen Conflict
8 November 2018