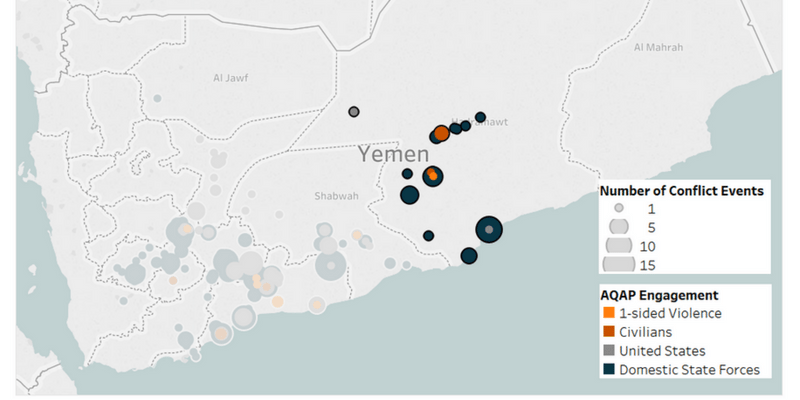 Hadramawt and Al Mahrah governorates make up the eastern region of Yemen, which has witnessed less conflict than the rest of the country. Al Mahrah has remained largely peaceful throughout the civil war; ACLED recorded only two violent occurrences in the governorate in early 2018: the assassination of an Omani citizen, and clashes involving Saudi forces and armed smugglers. Recently, the United Arab Emirates (UAE) and Saudi Arabia have been stepping up their presence in the area. The UAE-backed secessionist Southern Transitional Council (STC) set up headquarters in Al Mahrah, while plans for creating foreign-backed local military units are being discussed. These developments risk upsetting the consensus-based tribal governance that has kept the governorate away from conflict and from exacerbating tensions within the Gulf Cooperation Council (GCC).

Conflict activity has been more intense in Hadramawt, in connection with the established presence of militants linked to Al Qaeda in the Arabian Peninsula (AQAP). In 2015, AQAP forces took advantage of the security vacuum in the governorate to seize its capital city, Mukalla. The fall of Mukalla prompted the UAE to fund and train the Hadrami Elite Forces, a military force consisting of locally-recruited fighters that contributed to the ousting of AQAP from the port city in April 2016. AQAP continued to be active throughout 2017 with frequent attacks against Yemeni soldiers and assassinations of local military and political figures, while being subject to counter-terrorism operations and US drone strikes. In February 2018, the Hadrami Elite Forces launched a major military offensive dubbed “Al Faisal” in an attempt to clear the region of AQAP militants. 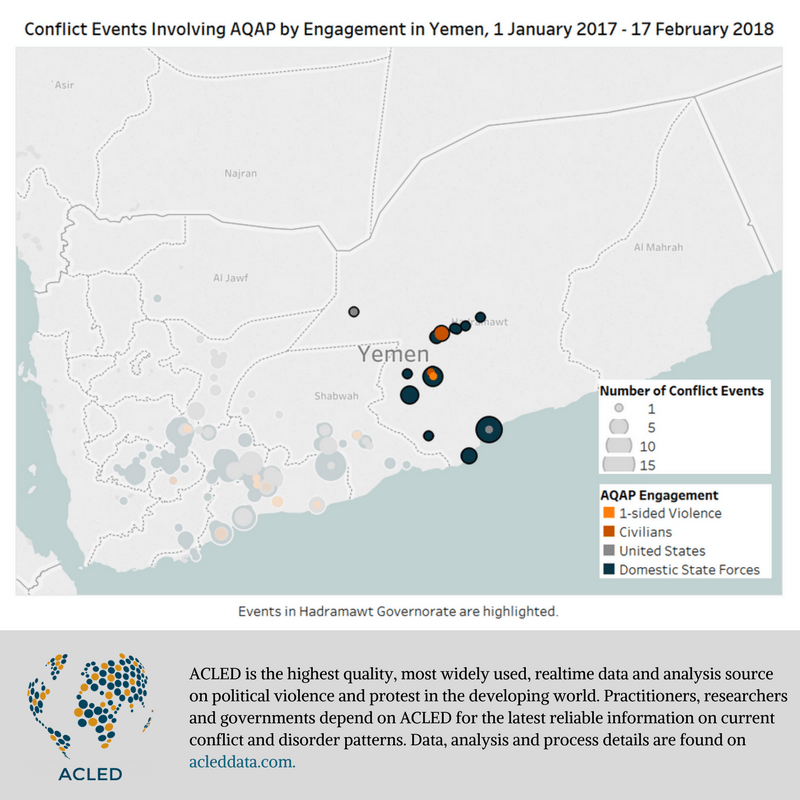