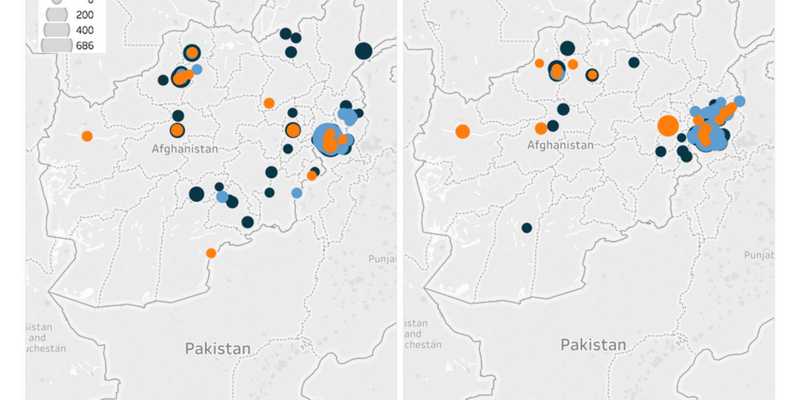 Islamic State’s “Khorasan Branch” continues to have a significant presence in Afghanistan after appearing for the first time in 2014. The group has consolidated its position in the southeastern quadrant of Afghanistan, centered around its “home base” of Nangarhar Province in the time period from early 2017 to late 2017 / early 2018. The map on the left shows reported fatalities stemming from Islamic State activity in Afghanistan from 1 January 2017 to 15 July 2017, while the map on the right depicts all reported fatalities stemming from IS activity from 16 July 2017 to 31 January 2018.

While the group can be seen as engaging in activity resulting in many fatalities in Urozgan, Zabul, Parwan, Baghlan, and Kunduz Province in the map on the left, this “belt” of Islamic State lethal activity through the centre of the country connecting the northern and southern pockets is almost entirely absent in the map on the right. Instead, the group increased its involvement in activity resulting in fatalities in the provinces immediately surrounding Nangarhar, including Kunar, Laghman, Kabul, and Logar, while maintaining its presence in the west, centred around southern Jowzjan.

In addition, the deadlier remote violence events around Nangarhar and Kunar Provinces in the map on the right signifies a shift in the strategy of the Afghan Government and NATO forces in countering this militant group by focusing more heavily on air strikes.

Find an explanation of ACLED’s methodology for monitoring the conflict in Afghanistan here. 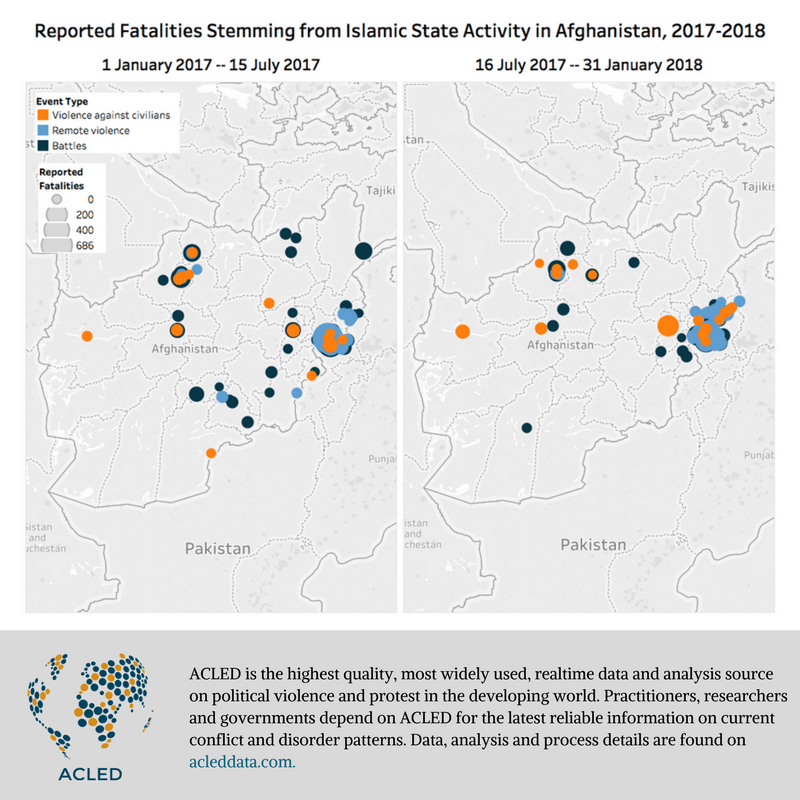