In light of the recent attacks in Ouagadougou 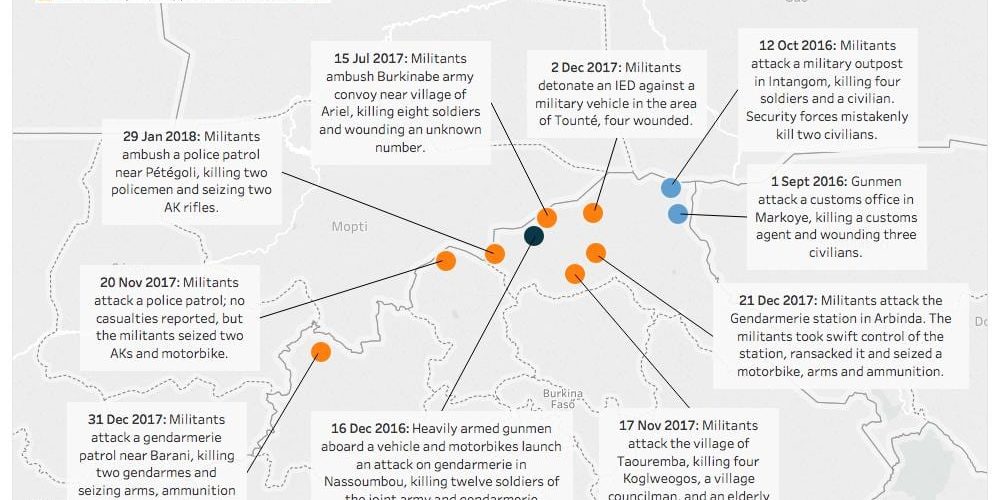 Ouagadougou was once again the scene of a high-profile attack Friday morning, which simultaneously targeted the Chief of Staff Headquarters of Burkina’s armed forces and the French Embassy. The attack was initiated by the detonation of an explosives-laden vehicle at the Chief of Staff headquarters. Militants attacked guard posts at sites with light weapons, and gunfire was reported in the capital throughout the day. In the evening, when operations to counter the attacks had ended, eight assailants were reportedly killed, four at each location. According to official sources, eight members of Burkina’s defense and security were also confirmed killed and as many as ninety wounded, including a dozen severely. The casualty toll could continue to rise as the situation evolves and the dust settles.

A notable difference between Friday’s attacks and previous ones in Ouagadougou (such as those on January 15, 2016 and August 13, 2017) is that this time the targets were not ‘soft’ ones but rather were ‘hard’ ones: high-profile locations with security details.

While no group has yet to publicly take responsibility for the attack, many suspect Al Qaeda and its allies, such as the Group for Support of Islam and Muslims (JNIM). A striking coincidence is that this latest attack comes on the first anniversary of the announcement of JNIM, which was established by merging several militant factions active predominantly in Mali (for more on this merger and its repercussions in the Sahel, see this infographic).

Friday’s events could be seen as an act of retaliation. The attack on the Chief of Staff headquarters carries an important message, as it is a symbol of the state at the core of the country’s armed forces and is its highest command. And the attack on the French Embassy too is symbolic; France has been a preferred target for militants as the country has been leading counter-extremism operations in the Sahel for five years. Operation Barkhane – a counter-extremist operation in the Sahel – is led by the French. The operation has recently conducted extensive targeting of both JNIM and the Islamic State in the Great Sahara and has been active along the border between Burkina Faso and Mali as well. The French led two significant operations against the local Ansaroul Islam group in April and May of last year, resulting in both the decimation and dispersion of the group. Ansaroul Islam was part of the network of JNIM’s predecessors at the time of its founding, and is most likely a part of JNIM today, although unpublicized. Highlighting this, JNIM has claimed responsibility for seven attacks in Burkina Faso since July 15 of last year; five of those have been in Ansaroul Islam heartland. 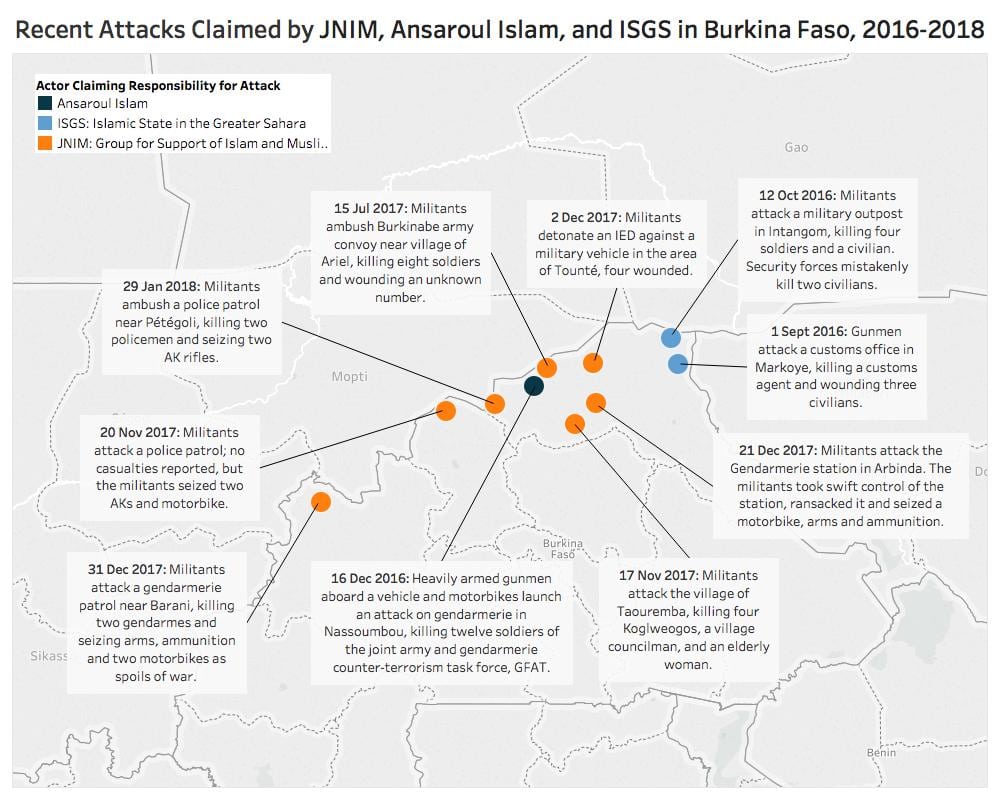 According to current information, the fatality toll for Friday’s attack was moderate compared to previous attacks in Ouagadougou and did not result in the loss of civilian life. However, the militants responsible likely still see the attack as ‘successful’. Despite the killing of the assailants, the militants managed to fulfil their mission of carrying out attacks against highly symbolic targets. Despite extensive military operations in Mali and Burkina Faso – and in the hotspot of the tristate border area where Mali, Burkina Faso, and Niger’s borders converge – Friday’s events represent a continuation of the recurring regional high-profile attacks by Al-Qaeda in the Islamic Maghreb (AQIM) and its allies. The group has the resources in terms of operatives and logistics to carry out well-planned attacks against high-profile targets; these are attacks that gain global media coverage, which by extension continue to keep the group relevant. 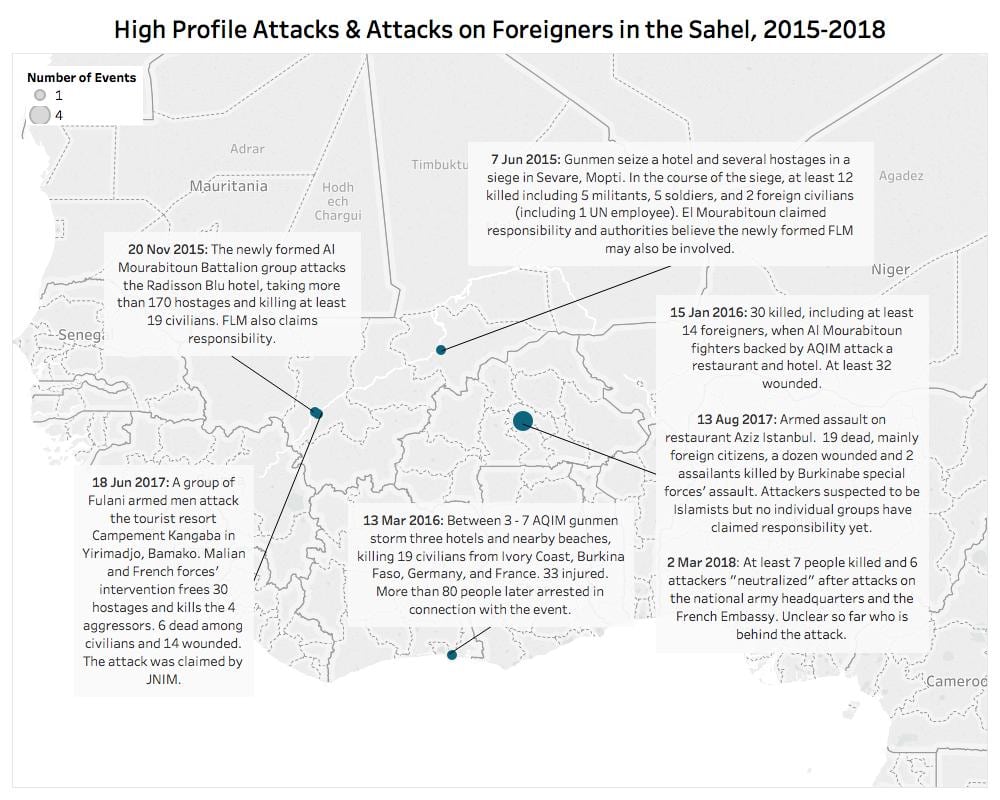