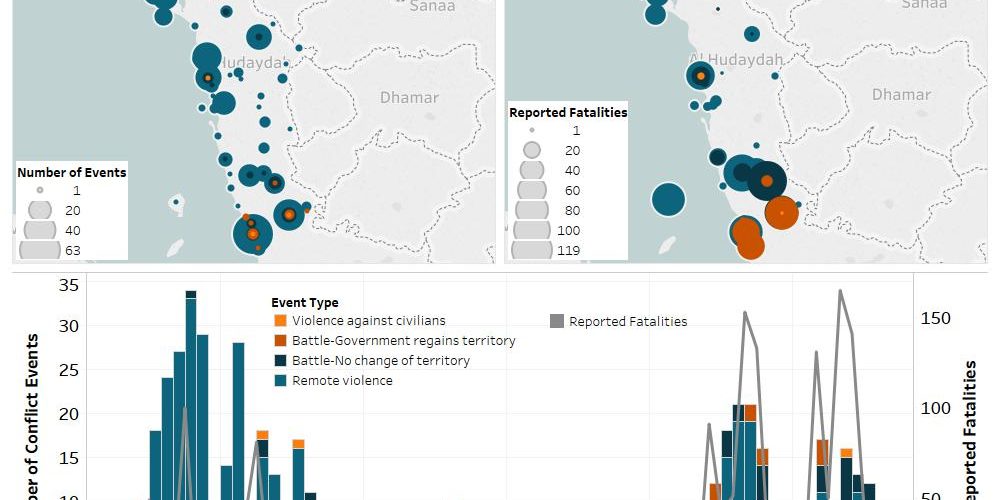 The western front of the Yemeni civil war revolves around the port city of Hodeidah, currently the most important entry point for goods and humanitarian aid into central and northern Yemen, and the last port under Houthi control. Customs revenues in Hodeidah port and the nearby Salif make up a large share of income for the Houthis, and are vital in sustaining the war economy in Houthi-controlled areas of the country (Salisbury, December 20, 2017). As such, liberating Hodeidah and its surrounding areas constitutes a strategic goal for the coalition supporting President Hadi.

The city lies in the Tihama, a narrow arid region stretching between the Red Sea and Yemen’s highlands that has been subject to an intense aerial campaign by the Saudi-led coalition since the beginning of the war. Following the launch of Operation Golden Spear in neighbouring Taiz governorate, Saudi-led airstrikes intensified early last year hitting the roads linking Taiz with Hodeidah. At the end of the military campaign, the Yemeni armed forces and allied militias succeeded to retake the southwestern coastal towns of Dhubab and Al Mukha from the Houthis.

Despite its importance, however, attempts at recapturing Hodeidah city have largely stalled during the past year. The situation precipitated following a missile attack on the Saudi capital of Riyadh in November 2017, when the Saudi-led coalition imposed the closure of all entry points into Yemen, including the port of Hodeidah. According to the UN Panel of Experts on Yemen, this measure amounted to “using the threat of starvation as an instrument of war” (Panel of Experts on Yemen, January 26, 2018).

In December, the Yemeni army and UAE-backed southern forces began a new military offensive in the governorate, taking control of several sites in Al Khawkhah and Hays, 100 km south of Hodeidah city. The operations have continued in 2018, as anti-Houthi forces push northward to the towns of Al Jarrahi and Zabid, where heavy battles broke out in February causing hundreds of reported fatalities (see figure below). These recent events confirm that any military campaign aimed at recapturing Hodeidah is likely to be highly violent, while there are widespread concerns that an all-out assault on the city may result in destroying its port and further aggravating the humanitarian crisis in Yemen. 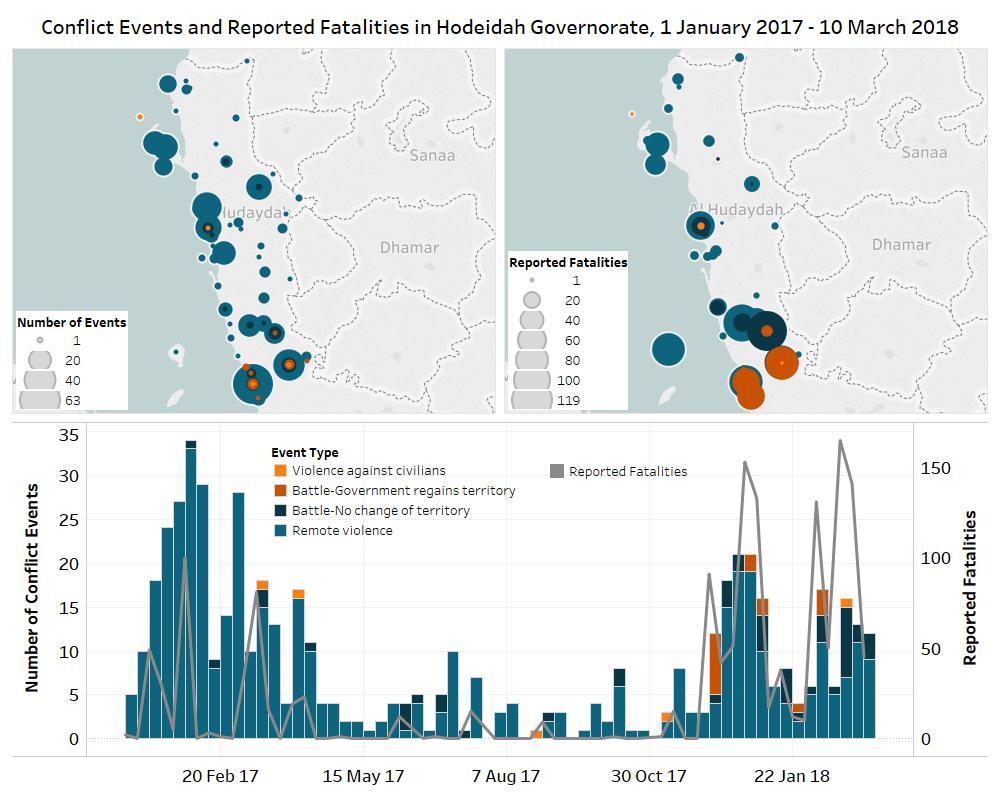