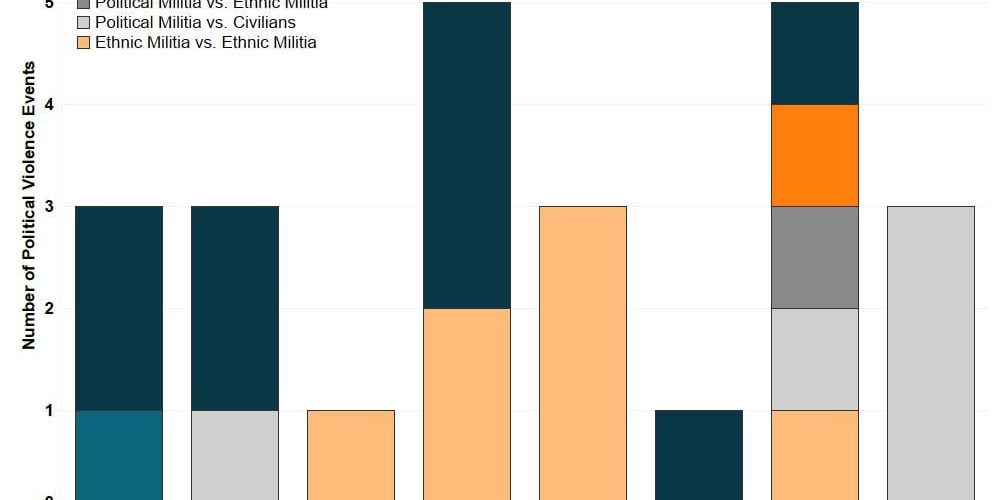 Political violence in DR-Congo continues to be shaped by ADF activity: on March 3rd, 7 people were killed in Eringiti, close to the location where ADF launched an offensive that killed more than a dozen MONUSCO soldiers towards the end of last year. The same location was again attacked on March 7th, causing another 20 deaths and approximately 15 kidnappings. On March 9th, ADF attempted to regain the ‘grand bastion’ in Mapobu, Beni that had been captured by the FARDC on February 12th. The attack was nevertheless repelled by the Congolese army, after 300 troops were deployed to the region in January to counter rebel efforts (The Independent, 13 January 2018)

The province of Ituri has experienced considerable violence in the last weeks due to clashes between Hema and Lendu groups. Hema groups have been forced to flee due to violence and the conflict has created thousands of refugees who cross the border to Uganda through Lake Albert (ReliefWeb, 26 February 2018). The Congo Research Group however states that this conflict should not be reduced to its ethnic dimension, drawing a distinction between the 1999-2003 conflict and the current one, a reflection of the countries’ instability driven by Kabila’s continued hold on the presidential office. Ituri continues to experience violence in several forms. Battles between military forces and the Front for Patriotic Resistance in Ituri (FRPI) have been the most common modality of violence in 2018. The week of 4 March also saw a number of attacks on civilians. On 7 and 8 March, unidentified men armed with AK-47s killed 8 people in Djugu in the collectivities of Mambisa and Walendu Tatsi. 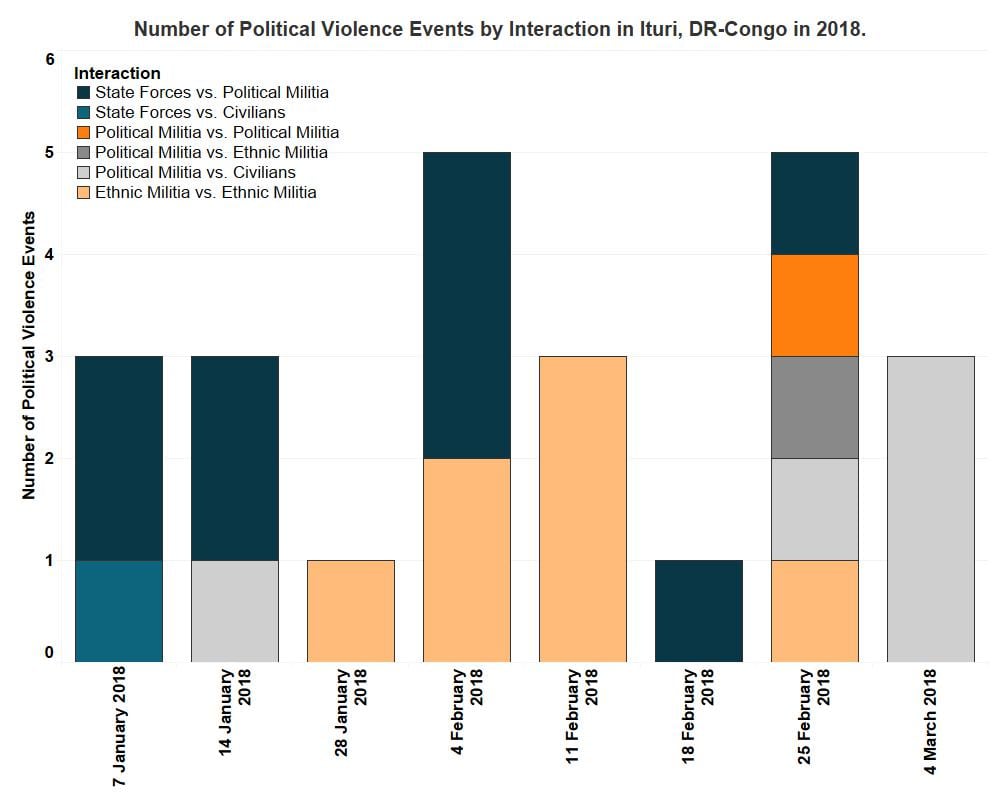 Miguel Chambel is a Middle and Eastern Africa Researcher at ACLED. He has been responsible for the coding of information on DRC, Angola, Uganda, Tanzania and Mozambique since October 2017. During his MA in International Relations, Miguel explored research on armed conflict during the Mozambican Civil War at the Institute of Political Science of Leiden University, as well as human rights in the EU, especially the intersection of sexual orientation and gender identity issues with European politics. Miguel has worked on multiple initiatives with the Council of Europe. His interests in political violence and armed conflict stems from his general interest in human rights issues.