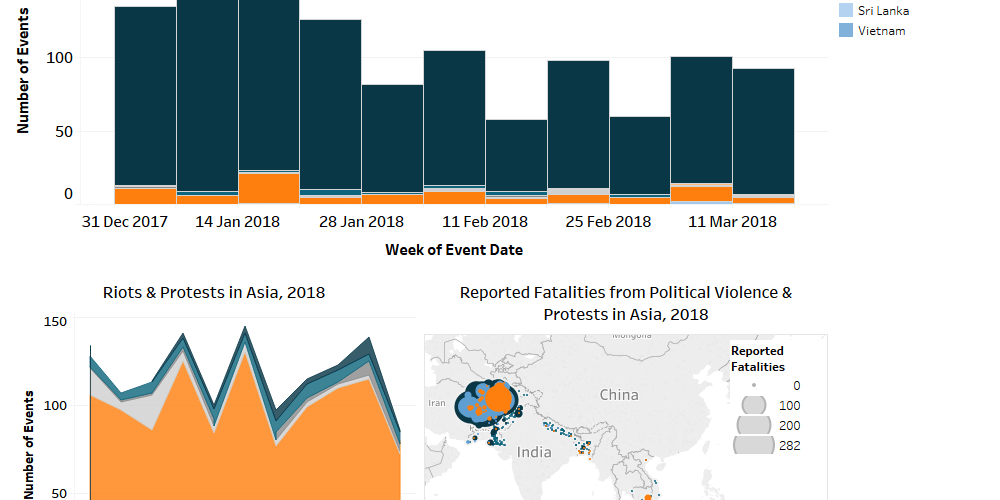 There was not a significant change in the levels of political violence and protests in South and Southeast Asia during the week of March 11, with the exception of Afghanistan.

In Afghanistan, the number of military operations against the Islamic State, as well as the number of reported fatalities stemming from these operations, increased last week compared to the week prior. Both Afghan and NATO airstrikes on Islamic State positions in the provinces of Nangarhar and Jowzjan resulted in the majority of the reported fatalities. About half of the Afghan airstrikes were part of joint operations to raid ground troops supported by the Afghan Air Force.

In Sri Lanka, reported violence has subsided following last week’s anti-Muslim riots and the subsequent declaration of a national state of emergency (see CNN, 8 March 2018). No violent events have been reported after 8 March. 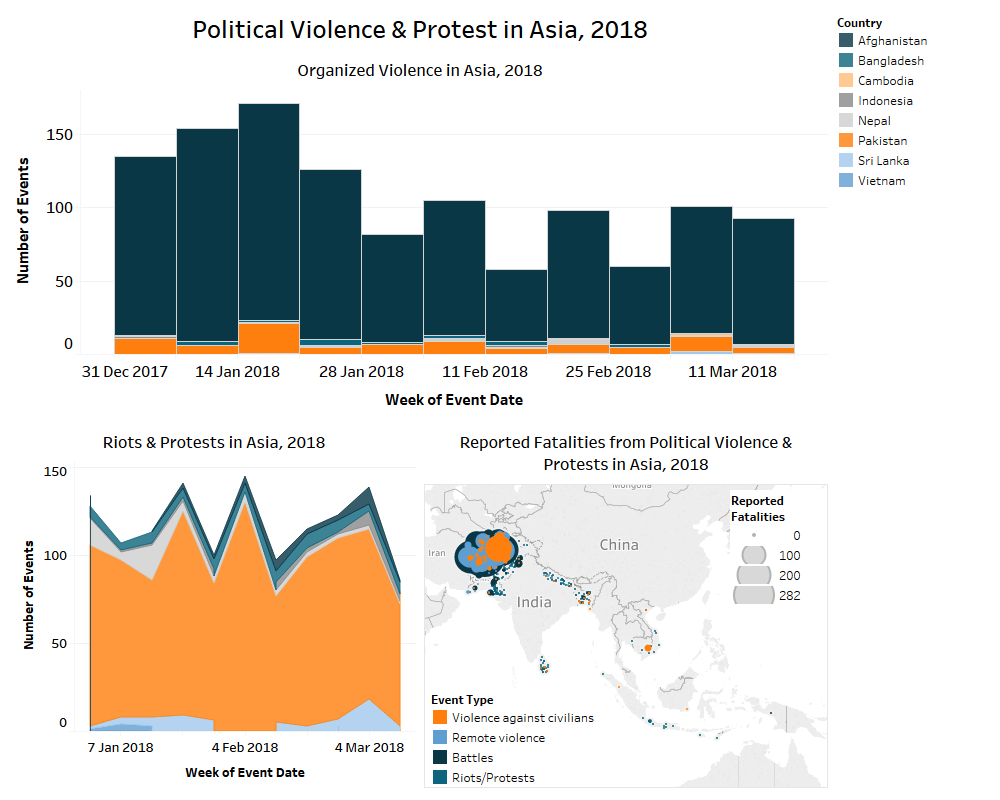