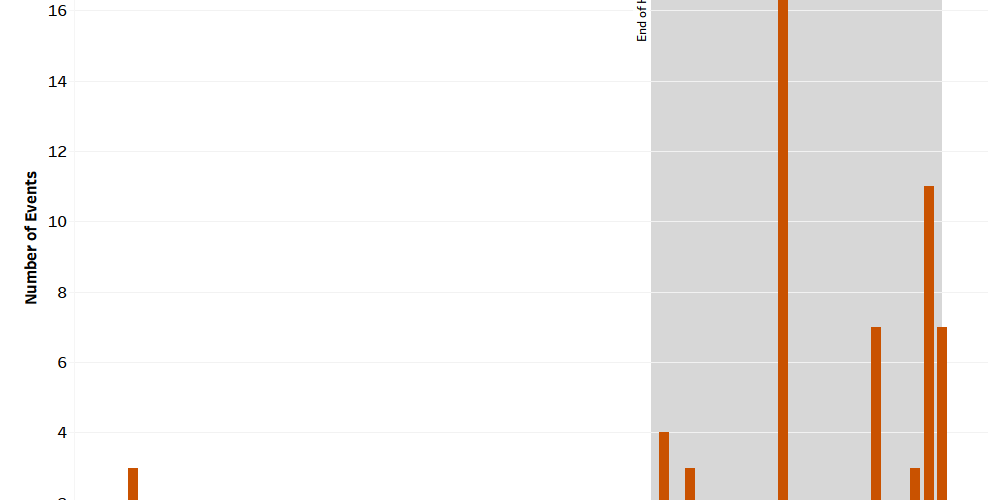 Since the end of the Hawija offensive in early October 2017, during which the Islamic State ousted from the last major urban centre in Iraq, events of political violence and reported fatalities in the country have seen a steady decline. This trend began with a relatively dramatic decline in the number of events between October and November 2017, which has developed into a more gradual decline moving into 2018. These lower levels of violence have in turn coincided with an upward trend in the number of reported riots and protests, as Iraqis begin to focus on rebuilding and improving their quality of life (see figure below).

Beginning in October, a slight increase in the number of demonstrations can be seen in Iraq, followed by a spike in the number of demonstrations in December 2017. This spike is largely composed of demonstrations by Kurds against the Kurdistan Regional Government (KRG) stemming from tensions following the KRG’s referendum on Kurdish independence (Reuters, December 20, 2017). This referendum was held in September 2017, shortly after the Islamic State’s ouster from Mosul in July 2017. This event was viewed by leaders of the KRG as creating an opportunity to pursue the Kurds’ long sought-after goal of independence while the central government was still occupied fighting IS elsewhere in the country (IPI, December 19, 2017).

Following the December spike, incidents of riots and protests first returned to the lower levels witnessed in 2017 before increasing again in February 2018. With continued high levels of demonstrations reported in the the first two weeks of March 2018, the increase in demonstrations appears to represent a more permanent departure from the lower levels of these events witnessed last year. If the trend continues, March 2018 is on track to include more recorded demonstrations than the first eleven months of 2017 combined.

Additionally, 2018 has also seen largely peaceful demonstrations compared to 2017, while the general demands being made at these demonstrations are for greater service provision by the government. This suggests, along with the increasing number of reported demonstrations, that Iraqis are feeling more secure and are beginning to expect more of their government as the country moves into a new stage in its conflict with the Islamic State. 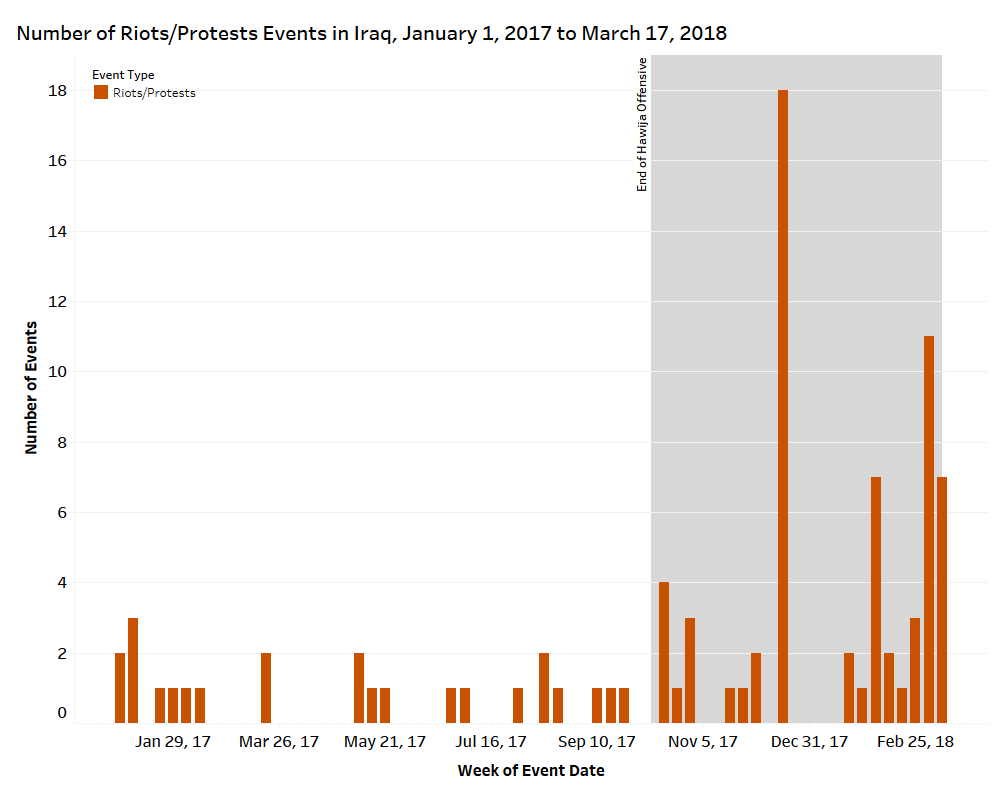