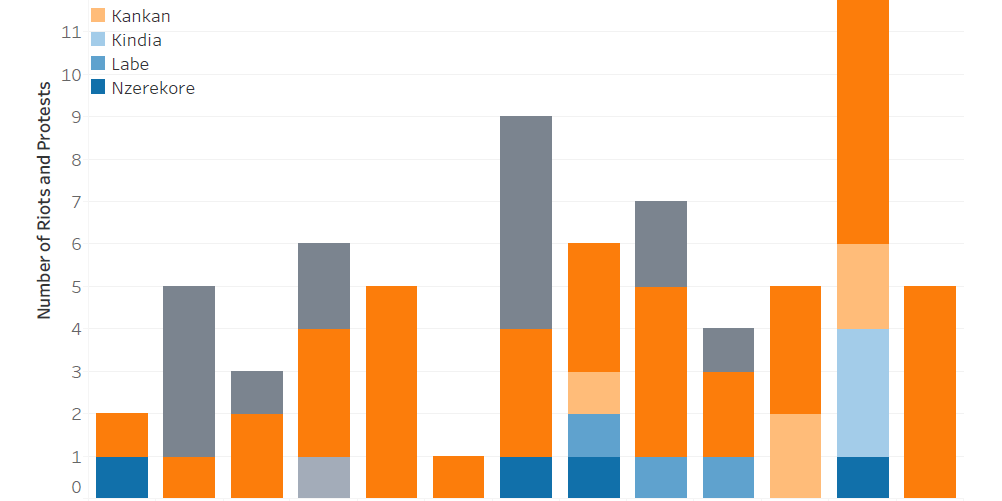 Guinean protests became more violent as demonstrators took to the street again last week to protest against the local election results and the month-long teachers’ strike (Afrique La Tribune, 14/03/2018). Since the election, on 4 February 2018, Guinea has seen consistent waves of protest and violent demonstrations, as can be observed in the spike in riots and protests in Figure 1. These events have been concentrated mainly in the Conakry area, notably in the opposition stronghold of Ratoma, and in the Kindia region. Opposition supporters’ actions, which often targeted private and public property, faced a heavy-handed crackdown by security forces: 14 civilians and 1 policeman died during the clashes. However, this has not weakened the clamour for change coming from the urban, lower class areas of Ratoma and Conakry. Since 2013, 64% of protests occurred throughout the Conakry region, where one fourth of Guinea’s total population lives (see Figure 1). Of these protests in Conakry, 68% became violent. The protest movement has been linked to the opposition, led by the Union of Democratic Forces of Guinea, who question the legitimacy of president Condé to rule (News 24, 04/02/2018). The protests are also linked to the politically sensitive Malinke/Fulani divide (Aminata, 19/03/2018). 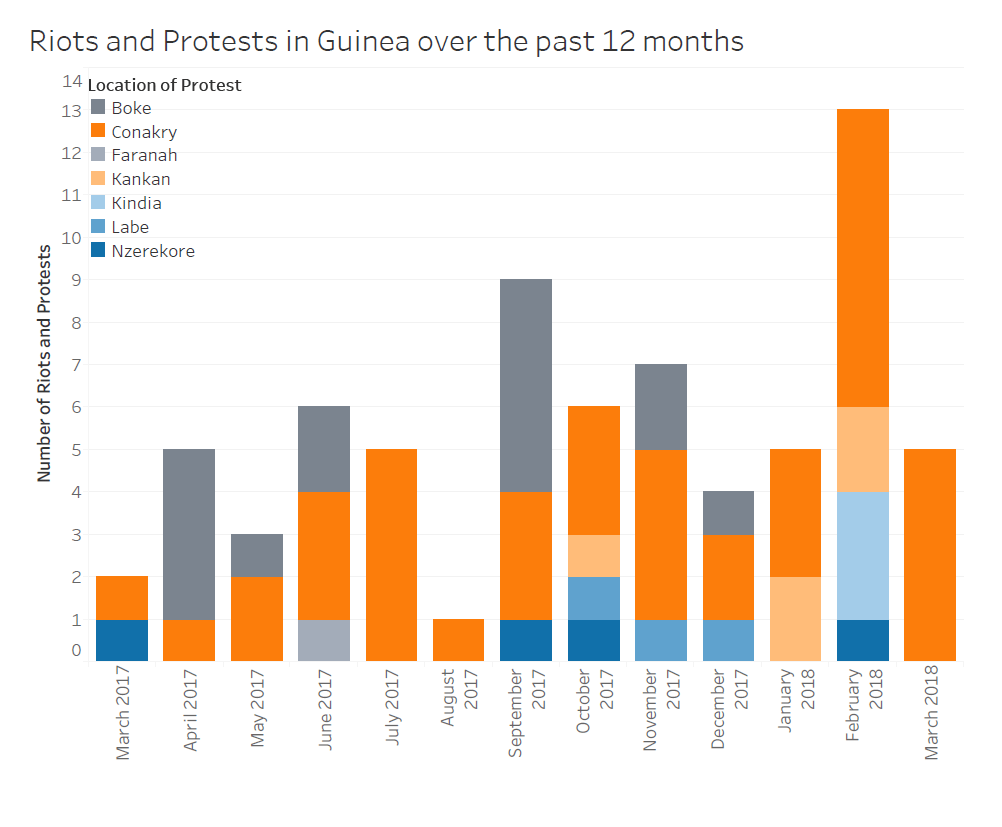