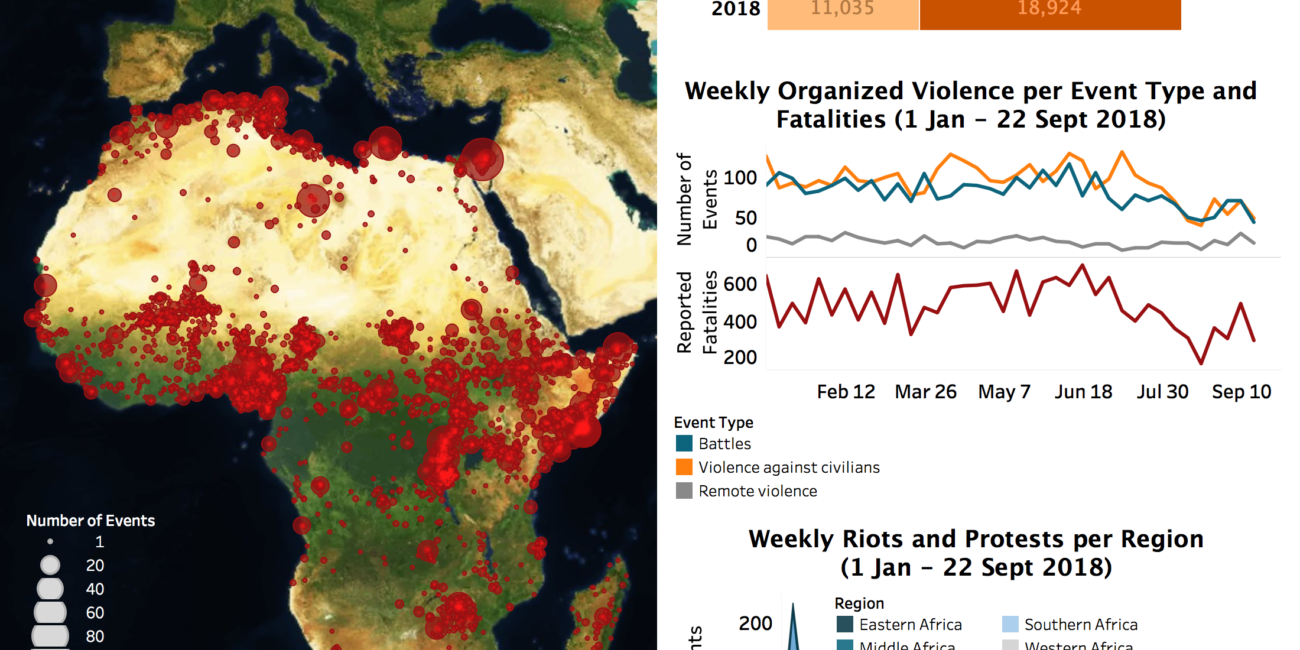 Key developments in Africa during the week of September 16th include violence in Ethiopia, renewed fighting in Libya’s Tripoli, the death of a Mayi Mayi faction leader in DRC and key incidents involving international actors in Niger and Nigeria.
In Ethiopia, at least two large attacks were carried out on September 16th by emboldened Oromo youth following the return of exiled leaders from the Oromo Liberation Front (OLF). Armed Oromo youths attacked members of the Gamo and Gurage ethnic groups at the outskirts of the capital Addis Ababa, in Burayu, Sebeta and Holeta Genet woredas of the Oromia region. Reported fatality numbers range from 23 to up to 58, while 200 people were arrested by the regional government. On the same day, alleged Qeerro youth and OLF members also attacked Amhara civilians in Chinaksen in Oromia, killing a reported 18 people. Massive protests against the violence were held in various sub-cities of Addis Ababa and in Arba Minch in the Southern Nations, Nationalities and Peoples’ region. In Addis Ababa, the police’s violent response to the protests left five people killed and around 600 arrested. Prime Minister Abiy called for unity among the Oromo people following the violence, which risks undermining the reforms he has led over the past months on the political, security and economic stage.
In Libya, fighting resumed between the Sumood and Ghneiwa Brigades in Tripoli, endangering the ceasefire brokered by the UN two weeks prior between the partnering 7th Brigade (allied to the Sumood Brigade) and a coalition of Tripoli-based militias (including the Ghneiwa Brigade). The two groups exchanged shelling in the Hadba area and on the airport road in Tripoli on September 17-18th. Fighting then escalated between September 20th-22nd, spreading across multiple locations in Tripoli and involving both shelling and ground attacks. Around 30 people were reported killed in last week’s violence, bringing the total fatalities reported since the fighting began on August 27th to around 100.
In the Democratic Republic of Congo (DRC), clashes resumed between the military and the Yakutumba Mayi Mayi Militia in Sud-Kivu’s Fizi territory. This is the first reported violence involving the group in the territory since the large military operations conducted against them at the start of 2018. On February 8th, the FARDC had announced that almost all the localities under the control of the Yakutumba had been recovered, including the Ubwari Peninsula and the coastline of Lake Tanganyika from Kalemie to Uvira. Last week, between September 19th-21st, the FARDC reportedly killed the commander of the group (Dokis) during heavy clashes in Kipupu and regained several other areas from the group along the border between the Sud-Kivu and Maniema provinces.
Lastly, there were two key incidents involving international actors. In Niger, an Italian priest/aid worker was abducted on September 17th in Bomanga, close to the border with Burkina Faso. This further points to an increase of militant activity along the Niger-Burkina Faso border, despite recent successes in the negotiations conducted by the government with armed groups. At least 50 Islamic State (Greater Sahara) militants laid down their arms early September in the Tillabery region for instance, in exchange for their integration into the ranks of the defense and security forces. In Nigeria, it was revealed that an ICRC midwife kidnapped by Boko Haram in Rann village in Borno state in March 2018 was recently murdered. This highlights the militants’ concern about being perceived as a continued threat by the government and by the international community, despite being pressured by territorial losses and internal divisions. Joint Nigerian-Cameroonian forces last week escalated their campaign against Boko Haram sites in Bama Local Government Area in Borno state used to launch cross-border attacks into Cameroon, recovering several areas.