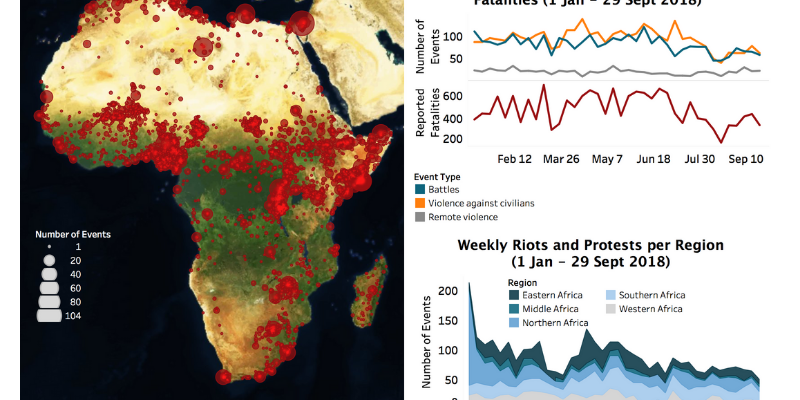 There were several key developments in Africa during the week of September 23rd.
In Burkina Faso, reports of heavy attacks on civilians by the security forces last week add another layer to the deepening instability in the country. On September 24th, no fewer than 29 individuals were summarily executed by the defense and security forces in two incidents in Petegoli and Inata villages of Soum province (Sahel region). The forces claimed they were militants. On the same day, in Kompienga province (Est region), government forces killed a young person while raiding an Imam’s house in Kabonga village. In a closely linked incident on September 24th, unknown gunmen abducted and later executed the deputy Imam of Kompienga from a village close to Kabonga. A few days after the violence, opposition leaders and civil society activists held a large rally in the capital, Ouagadougou, denouncing President Kabore’s inability to provide security to the Burkinabes and demanding the sacking of Clement Pengwende Sawadogo and Jean-Claude Bouda, respectively Ministers of Security and Defense.
In the Democratic Republic of Congo (DRC), the Allied Democratic Forces (ADF), the Resistance to the Rule of Law in Burundi (RED-TABARA) and the Front for Democracy in Burundi (FRODEBU) remain major security threats, despite being considered ‘foreign’ groups. The ADF have been particularly active in 2018 in Nord-Kivu, ambushing FARDC and MONUSCO forces on a regular basis primarily in the Oicha and Beni territories, as well as attacking civilians in villages in these areas. On September 22nd, ADF fighters attacked the town of Beni, killing at least 18 people, including 14 civilians and four soldiers. ADF-led violence continued throughout the following week, with two ambushes on army positions in Mabapula, east of Oicha, and in Mutabo in Rutshuru territory, and an attack against Mukoko village close to Oicha, in which two civilians were killed and eight others disappeared. Burundian rebel fronts have also led several incursions into Sud-Kivu this year, especially since early July, leading to joint Congolese/Burundian security operations along the border. Most recently, on September 15th, RED-TABARA fighters crossed into the DRC upon fleeing from a joint Burundian/FARDC operations against them at the Gatumba border post in Burundi. They killed three FARDC soldiers and two children in the Uvira commune (Sud-Kivu) in the process. Lastly, political tensions ran high in the Kasai-Oriental province last week, as the convoy of the Deputy Interior Minister, Basile Olongo, was attacked on his way from Lodja to Katako Kombe by unidentified gunmen, leaving several injured.
Other notable attacks on civilians in Africa last week include the attacks by unknown gunmen against Tuareg communities in Gao and Tombouctou regions in Mali. 49 members of the Ibogalitane and Idourfane Tuaregs were reportedly killed in separate attacks by unknown gunmen in the Intibsite area of Menaka cercle (Gao) and in and around the village of Amalaoulaou in Ansongo cercle (Gao). In Kenya, 22 people were injured when the security forces raided the village of Daba Sity in Mandera county on September 27th in retaliation for the explosion of an IED that targeted them the day before. And in Madagascar, unknown assailants assassinated an American diplomat in a suburb of Antananarivo on September 22nd.
Lastly, there were key developments related to local elections in Mozambique, Nigeria and Ivory Coast. In Mozambique, several incidents marred the official launch of the municipal elections’ campaign on September 25th. In Chimoio in Gondola district (Manica province), a car intentionally ploughed into two ruling party electoral campaigners while they were posting leaflets along a freeway, on September 26th, leaving them both killed. Clashes between supporters of the ruling FRELIMO and opposition RENAMO parties were also reported in Nhamayabue (Tete province) and Dondo (Sofala), whilst a FRELIMO supporter shot and injured a RENAMO activist in Tete. In Nigeria, assaults and protests were reported in the lead up to the All Progressives Congress (APC) and opposition Peoples Democratic Party (PDP) party primaries to elect their governorship candidates for the 2019 general election. Meanwhile in Ivory Coast, the security forces started joint exercises in the Comoe region to show their cohesion ahead of the nationwide municipal and regional elections due to be held on October 13th. There were several riots over fraud allegations during the last elections in 2013. 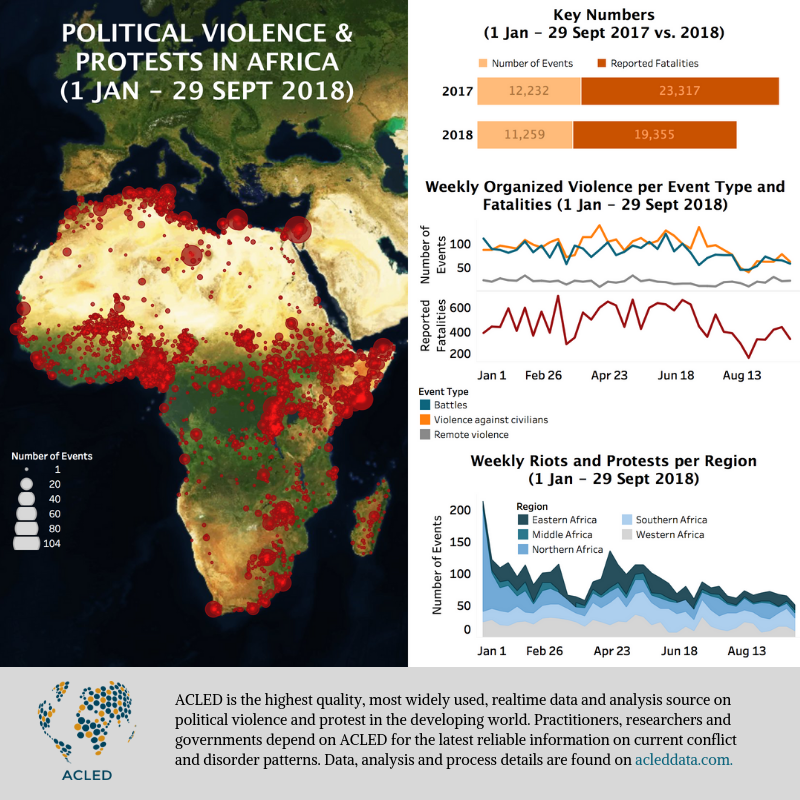