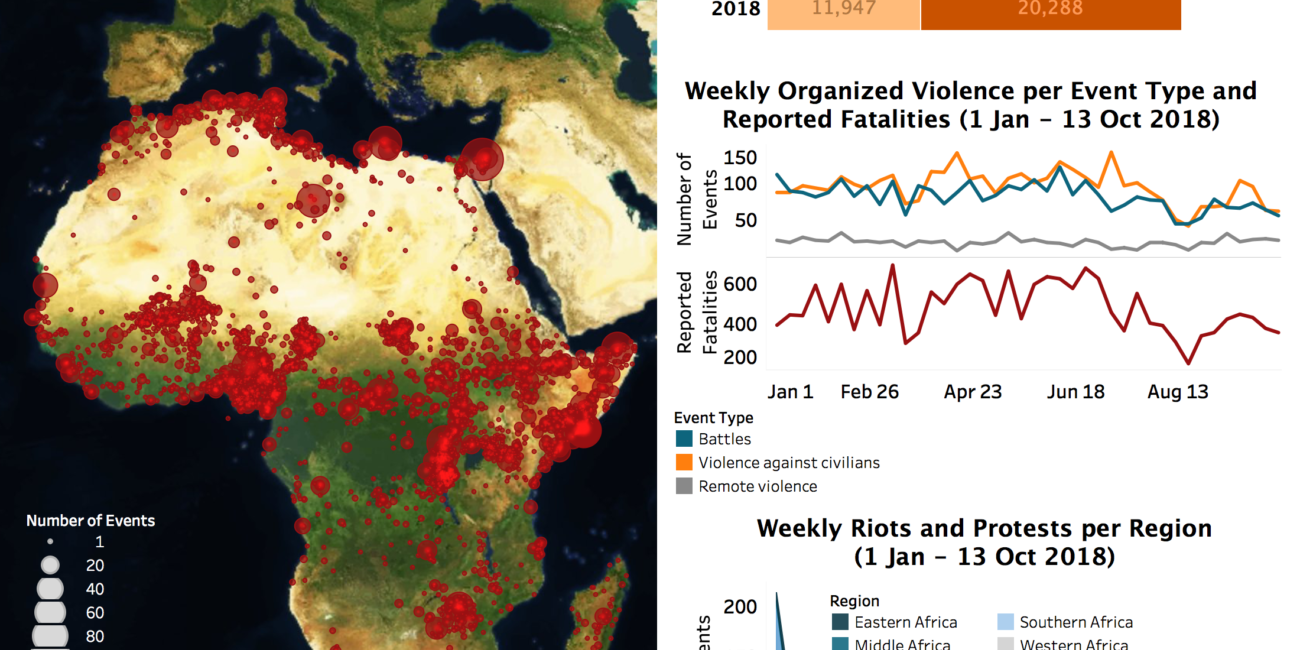 Key developments in Africa during the week of October 7th include persistent militant threats in Egypt and in the Lake Chad area; coupled with election-related violence in Cameroon, Mozambique and Nigeria.
In Egypt, although there are signs that the government’s ‘Operation Sinai 2018’ launched in February has slowly weakened the Islamic State’s grip on territory in the Sinai province, Islamic State militants demonstrated over the past few weeks that they remain a force to be reckoned with. The militants laid at least 14 IED ambushes against the Egyptian forces between September 1st-October 13th, killing over 20 soldiers. They also killed at least four soldiers by sniper in Al Arish and exchanged artillery fire with the state forces on several occasions. This increase compares to only eight reported IED ambushes by the group over May-August. An encouraging development for Egypt last week was the arrest in Libya of the infamous Egyptian jihadist el-Ashmawi accused of, among other things, killing Egypt’s top prosecutor in 2015 and attempting to kill the interior minister in 2013 – although his capture is unlikely to affect operations in Sinai.
In the Lake Chad region, Boko Haram launched attacks that resulted in heavy fatalities. On October 10th, Boko Haram militants attacked the Chadian forces’ positions Kaiga Kindjira in the Lac region of Chad, killing eight soldiers and wounding 11. A counter-attack left an alleged 48 militants killed. On the same day in Nigeria, an attack by Boko Haram militants (aligned to the Islamic State) on the Nigerian military forces in Metele in Borno state left at least seven soldiers (Boko Haram reports 31) and 76 militants killed. In both countries, Boko Haram has launched heavy attacks on the state forces over the past few weeks, showing that it retains significant capabilities to destabilise the region. This show of force represents a significant escalation for Chad: four heavy battles were reported over the past two weeks between Boko Haram and the Chadian forces, compared to only three over January-September 2018 and four in the whole of 2017.
Violence also surrounded elections last week in Cameroon, Mozambique and Nigeria.
In Cameroon, the presidential elections were disrupted by fighting between the government and Ambazonian separatists in the Anglophone regions on voting day, as expected, but also by the political tensions that followed the delayed release of the results. One opposition candidate declared himself winner last week. Meanwhile, 18 individuals and parties fearing vote manipulation by the authorities filed petitions to the Electoral Commission to seek partial or total cancellation of the results. Should president Biya be re-elected, the continuation of the brutal repression of the insurgency in the Anglophone regions is likely to fuel further instability.
In Mozambique, in the few days preceding the municipal elections on October 10th, supporters of the main political parties rioted across most regions, engaging in vandalism, attacks against rival supporters and street-fighting. The Mozambican National Resistance (RENAMO) accused officials of tampering with the elections after partial results began to be announced on October 11th and gave the ruling Liberation Front of Mozambique (FRELIMO) a clear lead, including in the capital Maputo. The elections are proving a key test of the peace talks that have been ongoing between the two parties for months to end the RENAMO insurgency.
Lastly, in Nigeria, riots and protests followed the results of local party primaries around October 10th, showing tensions and divisions ahead of the 2019 presidential elections. The main contenders in the 2019 elections were revealed last week as former vice president Abubakar for the People’s Democratic Party (PDP) and president Buhari for the All Progressives Congress (APC). 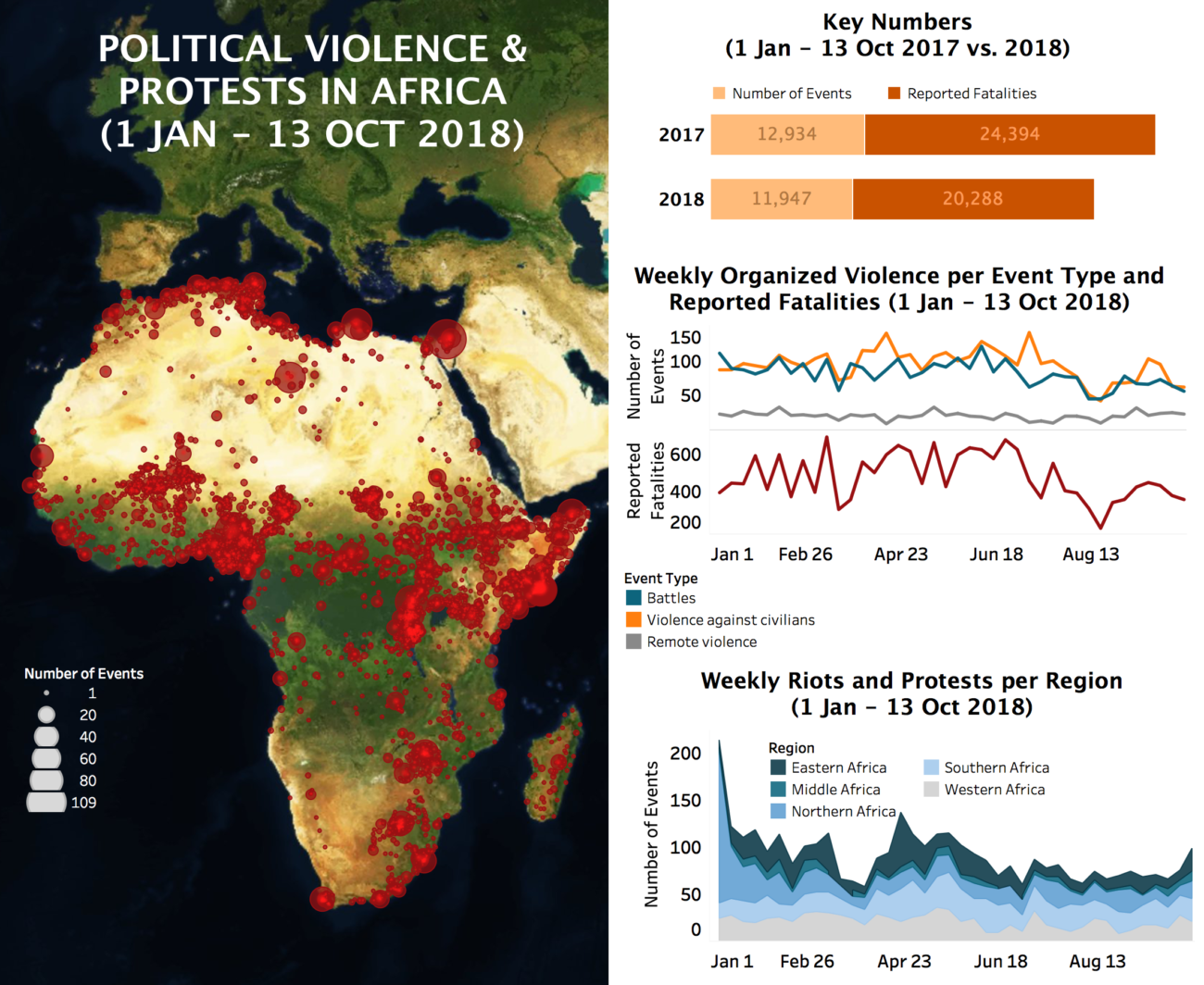