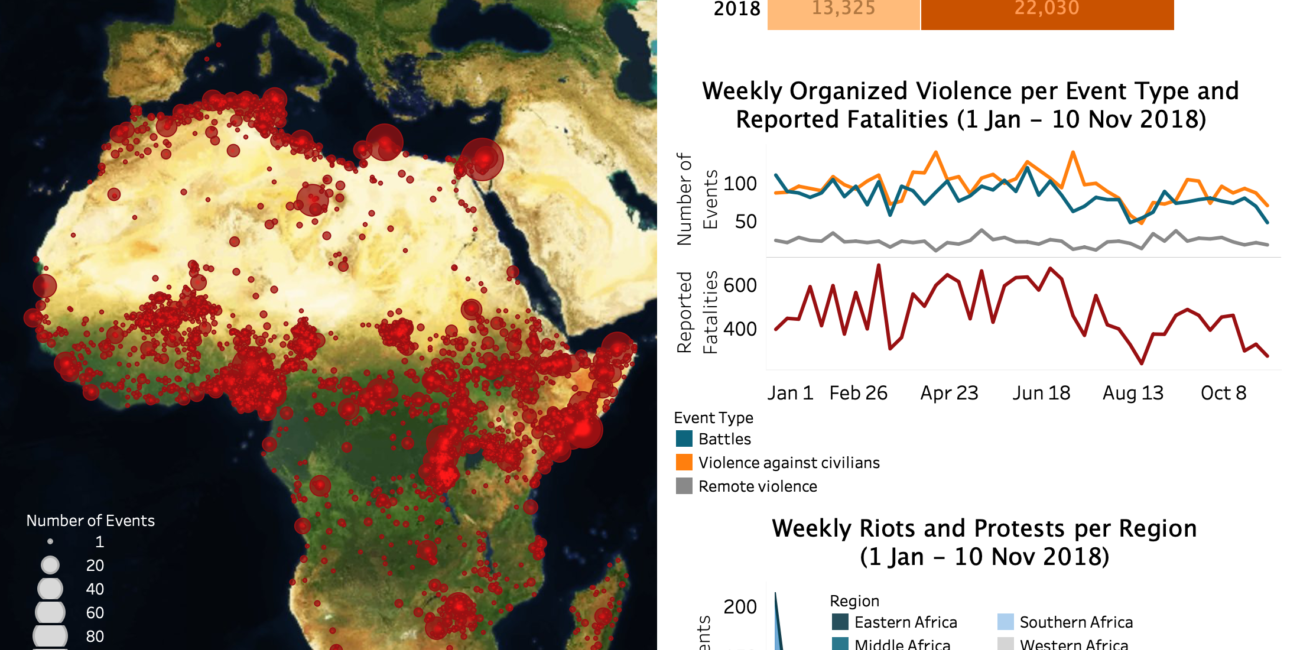 Key trends in Africa in the week of November 4th include the continued violence against civilians in Cameroon, the deadliest attack in Mogadishu of 2018 and the escalation of political violence in Guinea. Other relevant developments spanned the DRC, Chad, Niger and Madagascar.
Cameroon maintained important levels of violence last week. Protests by supporters of the opposition Movement for the Renewal of Cameroon (MRC) surfaced in Bafoussam (Ouest) and in the capital Yaounde (Centre) ahead of President Biya’s official inauguration for a seventh term on November 6th. On the 6th, Kamto, the MRC presidential candidate, was arrested and placed under house arrest. Meanwhile, tensions rose again in the Anglophone region as 79 students were abducted from the Presbyterian Secondary School in Bamenda (Nord-Ouest) by unknown gunmen on November 5th. Authorities quickly pointed the finger at Ambazonian separatists, whom denied any responsibility and accused the authorities of seeking to discredit their movement. All the abductees, except for two students and one administrator, were released two days later. Lastly, a rare attack by Islamic-State aligned Boko Haram militants in Chek on November 7th showed that Boko Haram can easily cross borders and remains a key threat in the Extreme-Nord region of Cameroon, particularly against civilian populations. The militants killed a man whom they accused of spying for the Joint Task Force.
Other key incidents last week were the car bomb blasts that hit Somalia’s Mogadishu on November 9th, claiming the lives of at least 52 people and injuring over 100. Three vehicle borne IEDs detonated outside three main buildings in the Hodan district. The explosions were followed by gunfire between Al Shabab fighters and the Somali forces. This is the deadliest incident perpetrated in Mogadishu in 2018, surpassing the attack on the intelligence headquarters and the Parliament of February 23rd that had left 30 people dead. It also came a little over a year after the massive truck bombing that killed 587 people in Mogadishu on October 14th, 2017. The recent escalation of air operations by the Somali military forces and international partners against Al Shabaab targets might have prompted the attack.
In Guinea, tensions have continued to escalate between the government and the opposition led by the Union of Democratic Forces of Guinea (UFDG). The killing of two civilians by the military on the margins of violent demonstrations in Wanindara in Conakry on November 7th triggered a violent reaction by opposition supporters who beat a policeman to death the next day. The police were deployed in the neighborhood and carried out retaliatory attacks on civilians over two days, leaving some people shot, some abused and goods looted. The opposition has been disputing the results of the municipal elections held in February 2018 after eight years of delay. Demonstrations resumed mid-October as the newly-elected municipal officials began to take office but they were quickly repressed by state forces. At least 21 people have been reportedly killed in election-related violence between February 5th – November 10th, 2018.
There were other developments worth noting last week. The Burundian military launched operations against Burundian insurgents in the Uvira area of South Kivu in neighbouring Democratic Republic of Congo. In Chad, the military has launched heavy operations in the Miski area of the Tibesti region over the past two weeks against insurgents of the Military Command Council for the Salvation of the Republic (CCMSR) and local self-defence forces. In Niger, militants of the Islamic State (Greater Sahara) detonated an IED against the military forces in the Tambole area of Tillabery region, the first such attack in the region. And lastly, national elections were held last week in Madagascar. Despite tensions leading up to the elections and claims of electoral fraud, no reports of violence were reported during the electoral period. This might change until the final results are published. 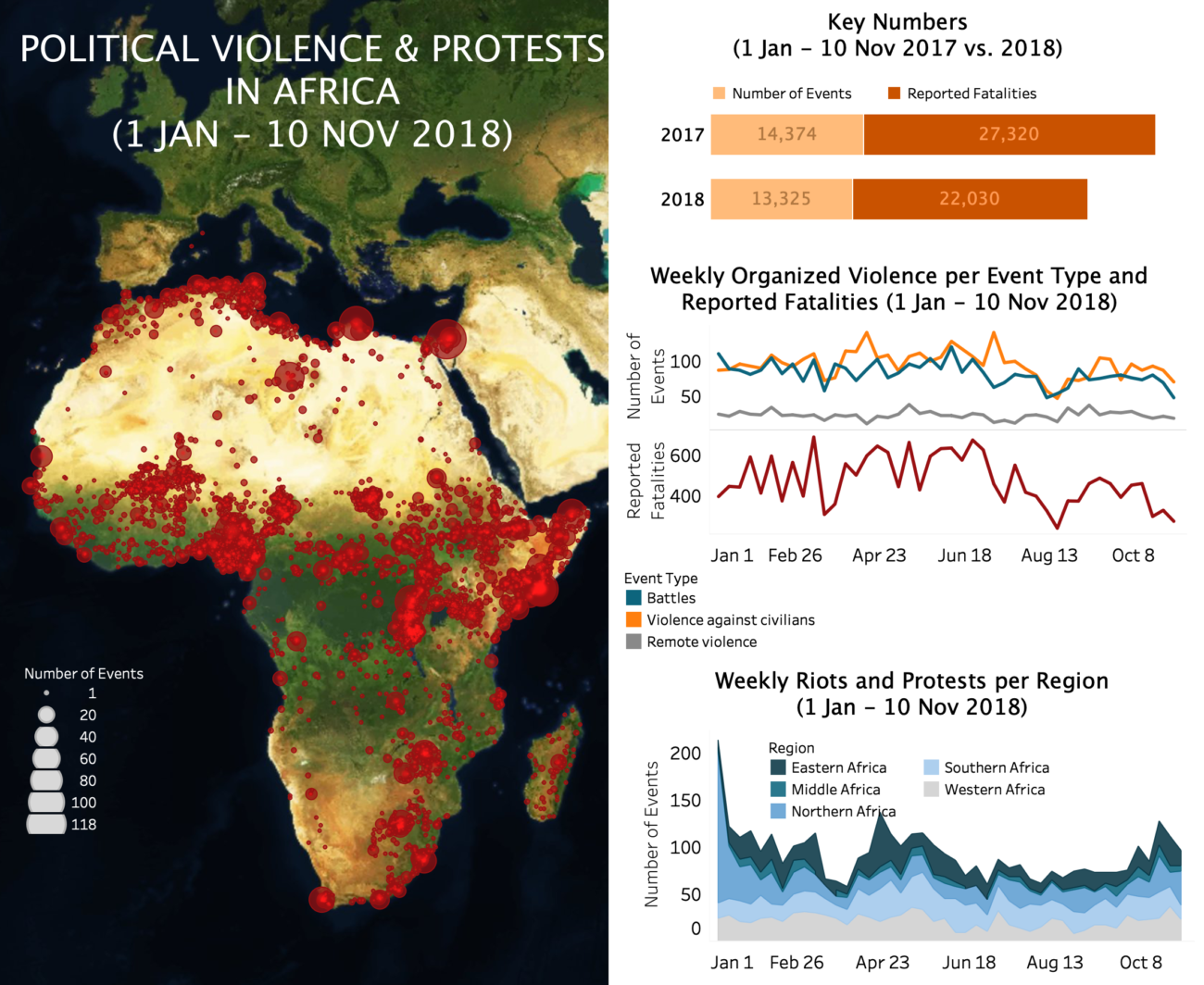