While Overall Violence has Declined in 2018, Conflict is Spreading

21 December 2018: Despite a decrease in total fatalities this year, the majority of countries experienced more conflict, expanding the scope of political violence across Africa, Asia, and the Middle East. The Armed Conflict Location & Event Data Project (ACLED)’s 2018 data show that both the number of new locations experiencing violence and the number of armed actors engaging in violence have risen since 2017. ACLED data also confirm that conflict hotspots like Afghanistan, Yemen, and Syria still have the highest rates of organized violence and highest death tolls, with a combined total of nearly 100,000 reported fatalities this year. 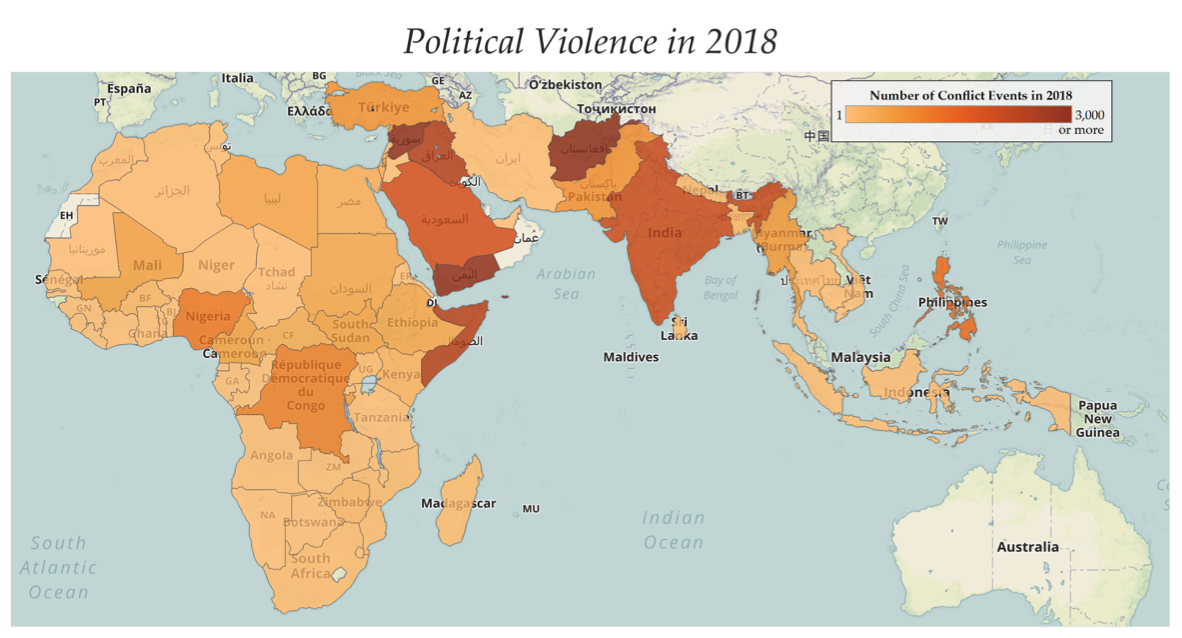 Commenting, ACLED Research Director Roudabeh Kishi: “Looking at where event counts and reported fatalities are highest can help to identify conflict hotspots. But, relying on these aggregate figures alone misses the whole picture of what happened in 2018. While political violence decreased overall in volume, it also expanded. In 2018, more locations saw violence, more conflict actors emerged, more actors targeted civilians than before, and more countries saw disorder increase than decrease within their borders. Overall, the footprint of conflict expanded significantly.” 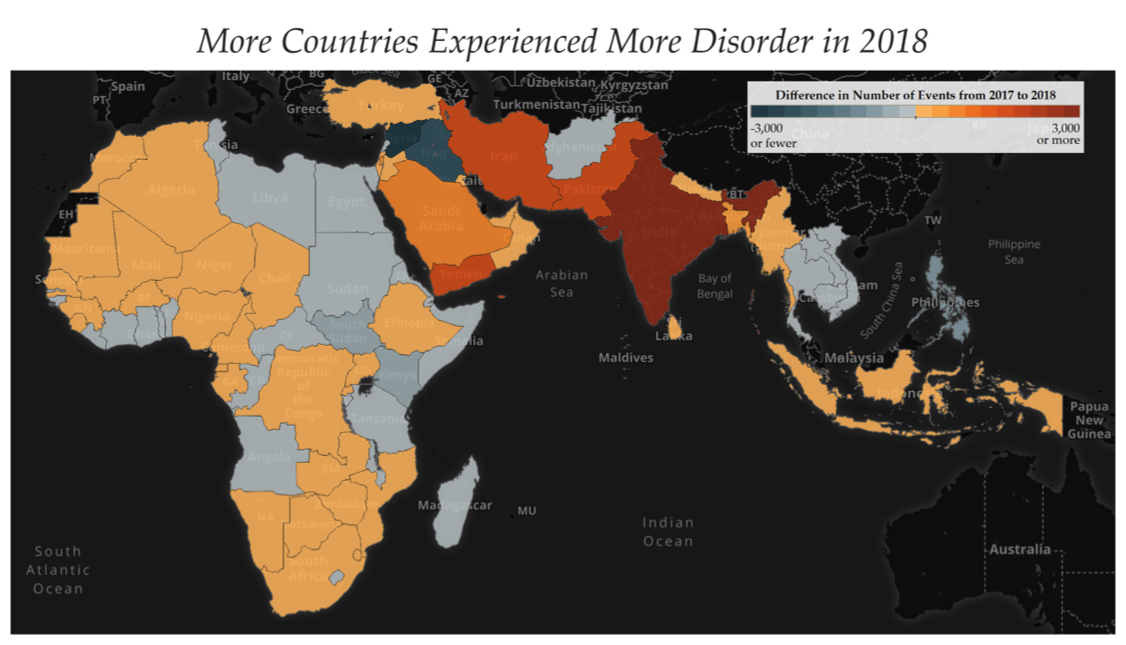 This analysis is drawn from ACLED’s forthcoming report, Year in Review: 2018, by ACLED Research Director Roudabeh Kishi and Research Analyst Melissa Pavlik. It will be issued along with our annual data release in January 2019.

A US-based 501c3 established in 2014, ACLED is the highest quality, most widely used, realtime data and analysis source on political violence and protest around the world. ACLED is the only data project providing publicly accessible realtime coverage of trends in 2018 that allows users to conduct analysis across a range of different measures and manifestations of disorder. Data are free to download here.

*Note: “Fatality numbers are frequently the most biased and poorly reported component of conflict data. They are often debated and can vary widely. Conflict actors may overstate or underreport fatalities to appear strong to the opposition or to minimize international backlash against the state involved. And the numbers can be off simply because it’s difficult to collect exact data mid-conflict. While ACLED codes the most conservative reports of fatality counts to minimize over-counting, this does not account for biases that exist around fatality counts at-large.” In the case of Afghanistan, fatality counts are even more unreliable given the nature of reporting, and so may be overcounted here, even despite ACLED’s conservative fatality estimating. The unreliability of fatality estimates at large, and in the Afghan case in particular, cannot be overstated.