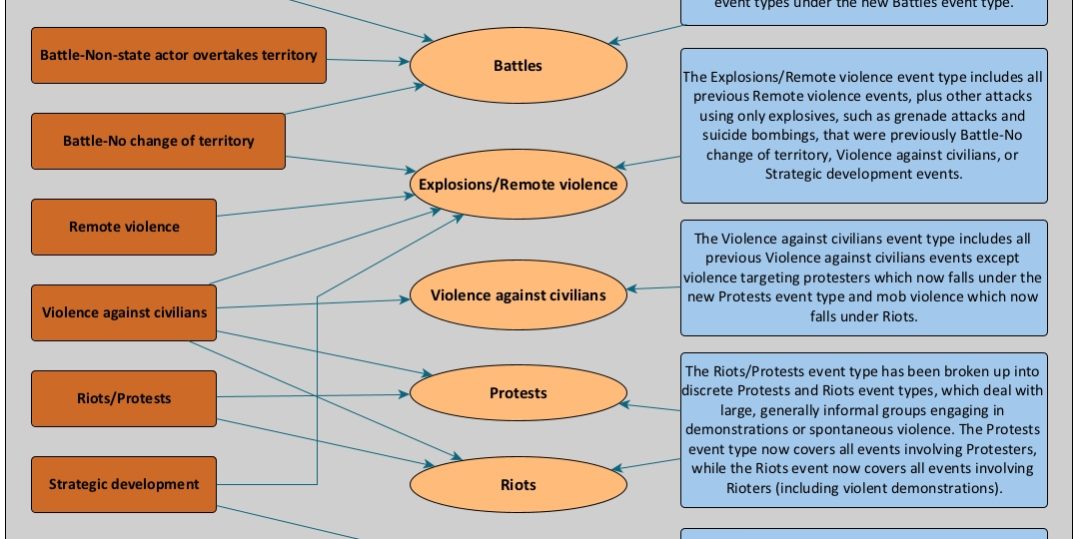 ACLED has debuted new event types to make analysis for users easier and more informative, and has also added a new sub-event type variable, which disaggregates event types further to allow for more nuanced analysis. An updated codebook reflecting these changes can be accessed here.

These new event types include:

As evident from the names of these event types, the structure of the data remains similar to what users are familiar with in older iterations of the ACLED dataset; there are some small changes to content, however.

The new sub-event type variable will now appear next to the event type variable. For API users, this will mean a change to the API call in order to continue access to the data. An updated API manual reflecting these changes can be access here.

Both event types and sub-event types are hierarchical to accommodate for concurrent tactics within the same event, in order to avoid double-counting. This means that an Explosions/Remote violence event (e.g. an air strike) occurring within the same context as a ground Battle event would be coded as one Battles event. Or a Violence against civilians event (e.g. attack on a civilian) occurring with the same context as an Explosions/Remote violence event (e.g. use of a remote explosive) would be coded as one Explosions/Remote violence event. A similar structure holds for sub-event types. Shelling occurring simultaneously as an air strike being dropped would be coded as Air/drone strike as it is higher on the hierarchy than Shelling/artillery/missile attack. Or a civilian abducted and then killed would be coded as Attack because it is higher on the hierarchy than Abduction/forced disappearance. The event types and sub-event types noted above are presented in hierarchical order.  It is important to keep these distinctions in mind when drawing interpretations of the data.
All new data published by ACLED going forward will adhere to the structure of these new event types and sub-event types. All previous data already in the ACLED dataset has been re-coded to fit within this structure. A version of the dataset, updated as of 11 March 2019, adhering to the old data structure is available upon request; data released/updated following this date will no longer be available in the old structure format.

For a PDF version of this outline, click here. 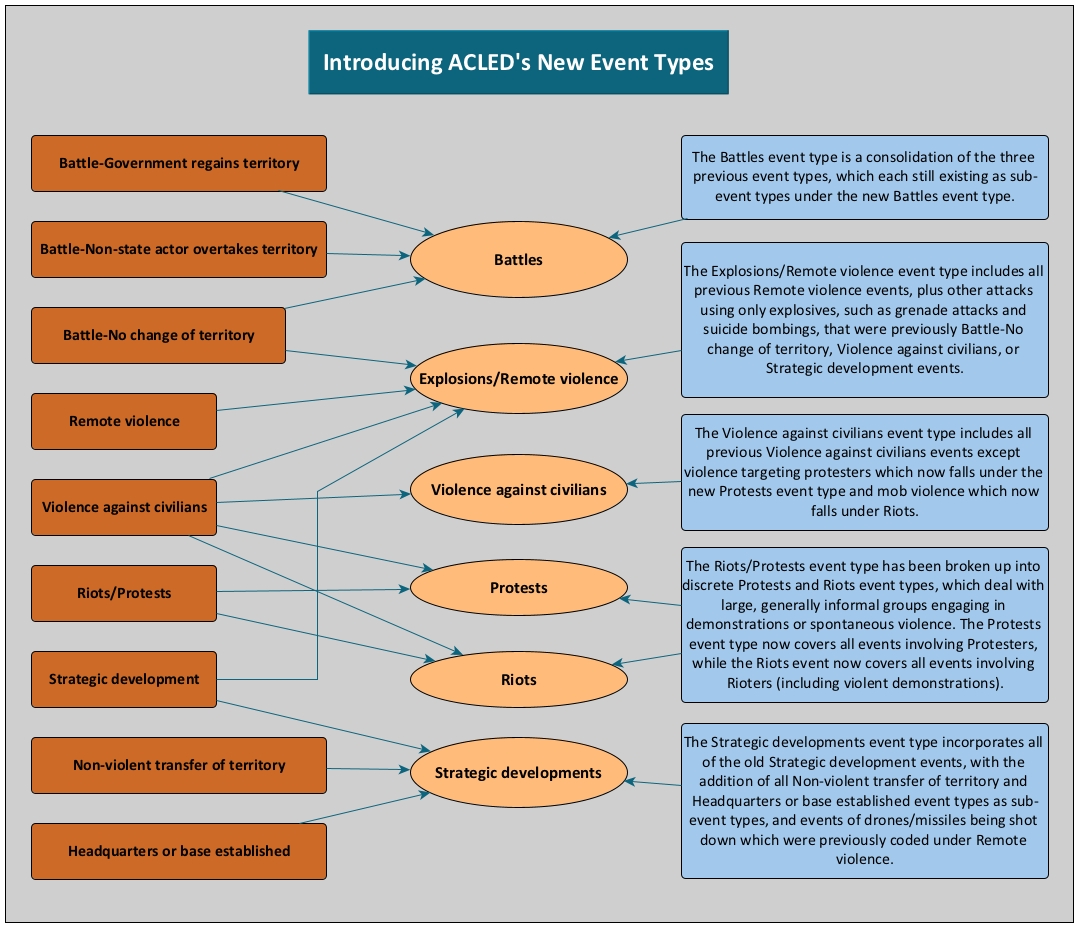