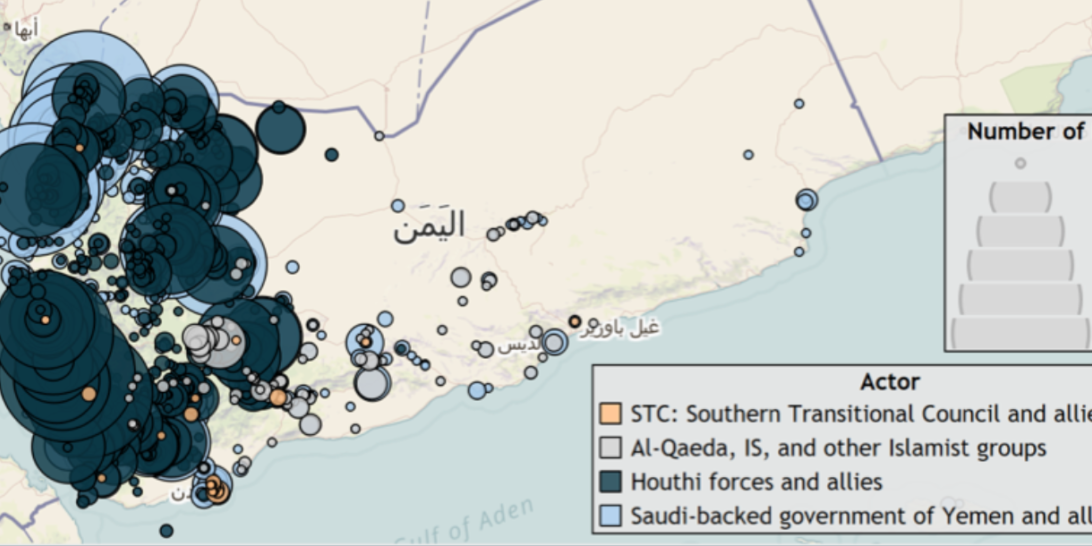 20 March 2019: With the UN announcing a new plan to shore up the December 2018 Stockholm Agreement between Yemen’s warring parties, the latest Armed Conflict Location & Event Data Project (ACLED) data show that overall conflict-related fatalities have declined by more than 20% since the deal’s implementation, predominantly as a result of the ceasefire in Hodeidah. Despite repeated violations of the truce, ACLED has recorded over 1,000 fewer fatalities in January and February 2019 compared to the previous two-month period, and civilian fatalities reported as a result of direct targeting in Hodeidah province specifically have diminished to their lowest numbers in more than a year.
Yet heavy fighting continues in other areas of the country, and in some provinces the situation has actually deteriorated. Even as reported fatalities have plummeted in Hodeidah, they have risen in Ta’izz, Hajjah, and Al Jawf.
Still, the strained accord has tenuously held out in Hodeidah amidst extreme pressure — and provided nominal respite from violence for the province’s vulnerable civilian communities. As the peace process enters a new phase amid escalating fighting around the country, it remains to be seen if the overall decline in lethal violence can be sustained.

For interview requests and press inquiries, please contact:
Sam Jones, Communications Manager
[email protected]
___________
1Fatality numbers are frequently the most biased and poorly reported component of conflict data. While ACLED codes the most conservative reports of fatality counts to minimize over-counting, this does not account for biases that exist around fatality counts at-large. Find more information about ACLED’s methodology for coding fatalities here.
2This figure includes only civilians killed as a result of direct civilian targeting. It does not include collateral civilian fatalities. As such, the number is assumed to represent an underestimate of the total conflict-related civilian fatalities in Yemen.
___________

*1 April 2019: This release has been updated to reflect revised data.