ACLED has recorded over 2,000 political violence and protest events in the Balkans — defined as Croatia, Bosnia and Herzegovina, Montenegro, Kosovo, and Serbia — since January 2018. Across all five countries, the most common event type is protests, the majority of which have been peaceful with no intervention. Swells of anti-government protests — mostly expressing dissatisfaction with policies addressing poor socio-economic conditions — occurred across multiple countries in the Balkans throughout 2018 and early 2019. In Serbia, the country with the highest event count, anti-government protests have surged and spread, especially through February 2019. There have also been high levels of anti-police protests in Bosnia and Herzegovina, especially in late 2018, after the alleged cover-up of the government’s role in the death of a young man. As 2019 continues, there will likely continue to be a preponderance of protests in the Balkans, and threatened governments may turn towards intervention to quell discontent. 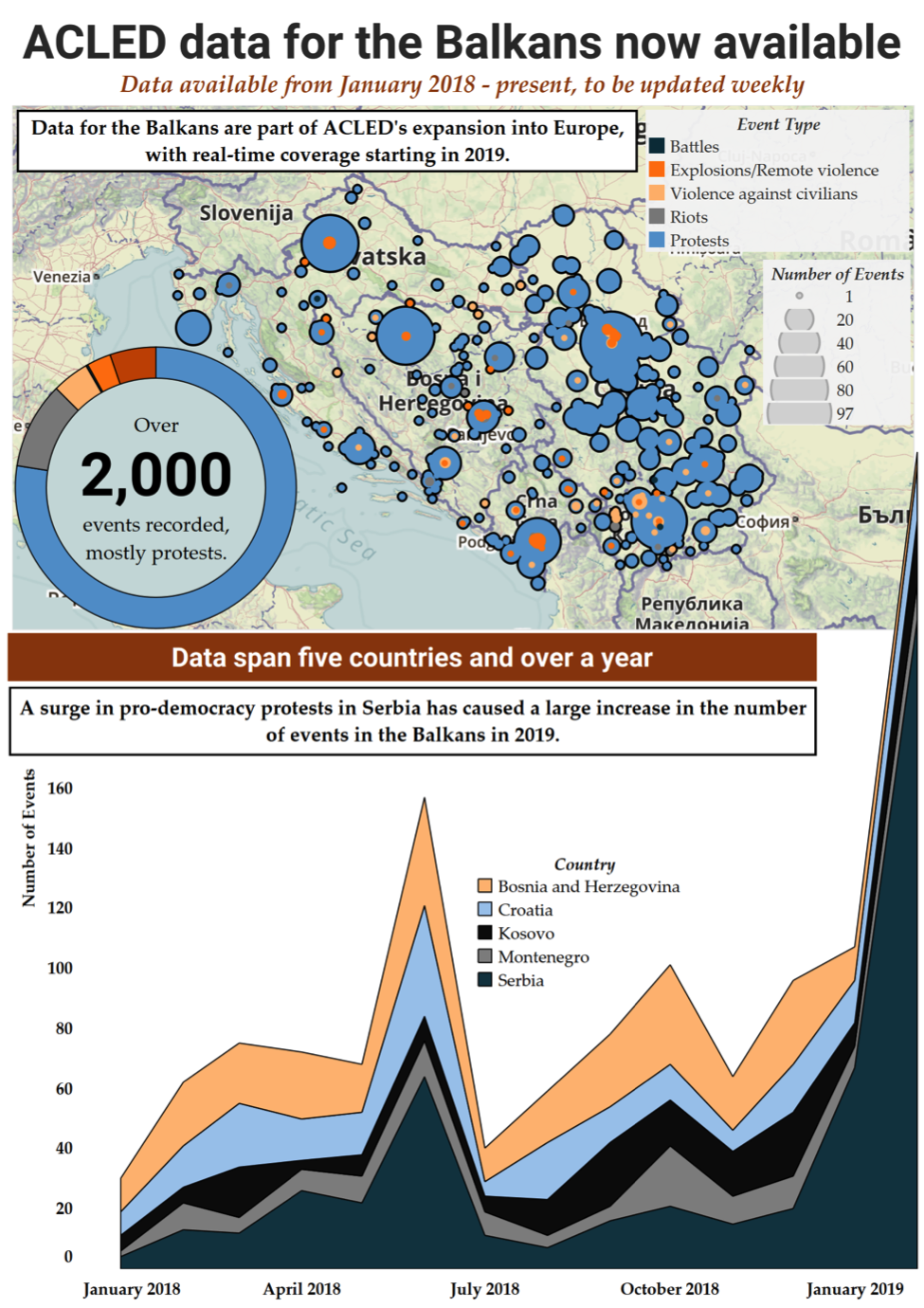