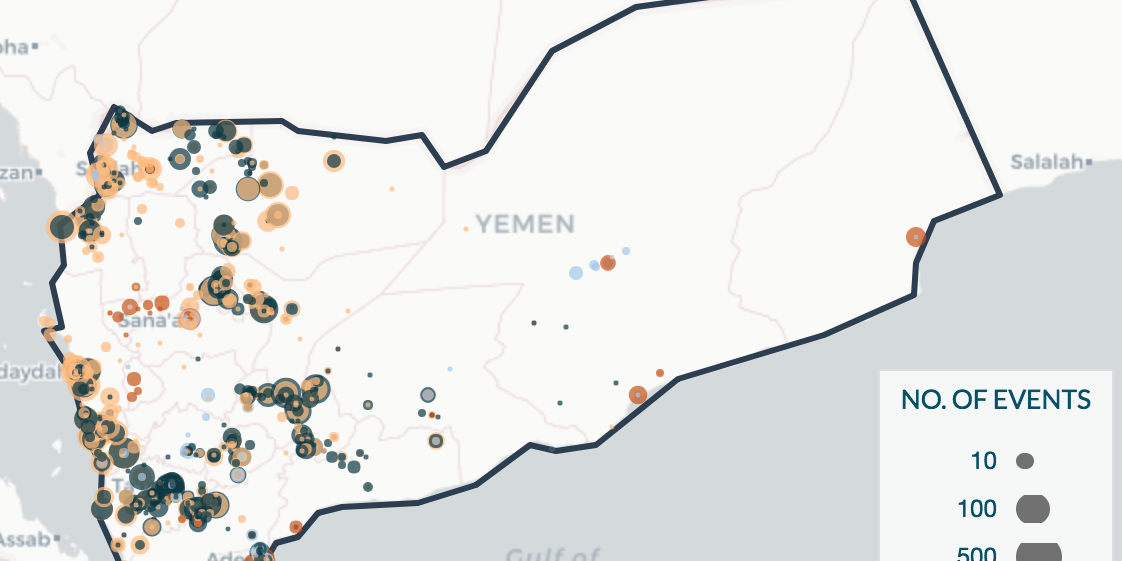 18 April 2019: More than 10,000 people have been reported killed in Yemen over the last five months, bringing the war’s total death toll to over 70,000 since 2016 according to data collated by the Armed Conflict Location & Event Data Project (ACLED). While overall reported fatalities have trended downward this year amidst the UN-backed peace process, lethal fighting continues across the country and has even intensified in key governorates like Taiz and Hajjah.

1Fatality numbers are often the most poorly reported component of conflict data. While ACLED codes the most conservative reports of fatality counts to minimize over-counting, this does not account for biases that exist around fatality counts at-large. As such, these figures should be considered estimates, rather than exact counts. Find more information about ACLED’s methodology for coding fatalities here.

2 This figure includes only civilians killed as a result of direct civilian targeting. It does not include collateral civilian fatalities. As such, the number is assumed to represent an underestimate of total conflict-related civilian fatalities in Yemen. 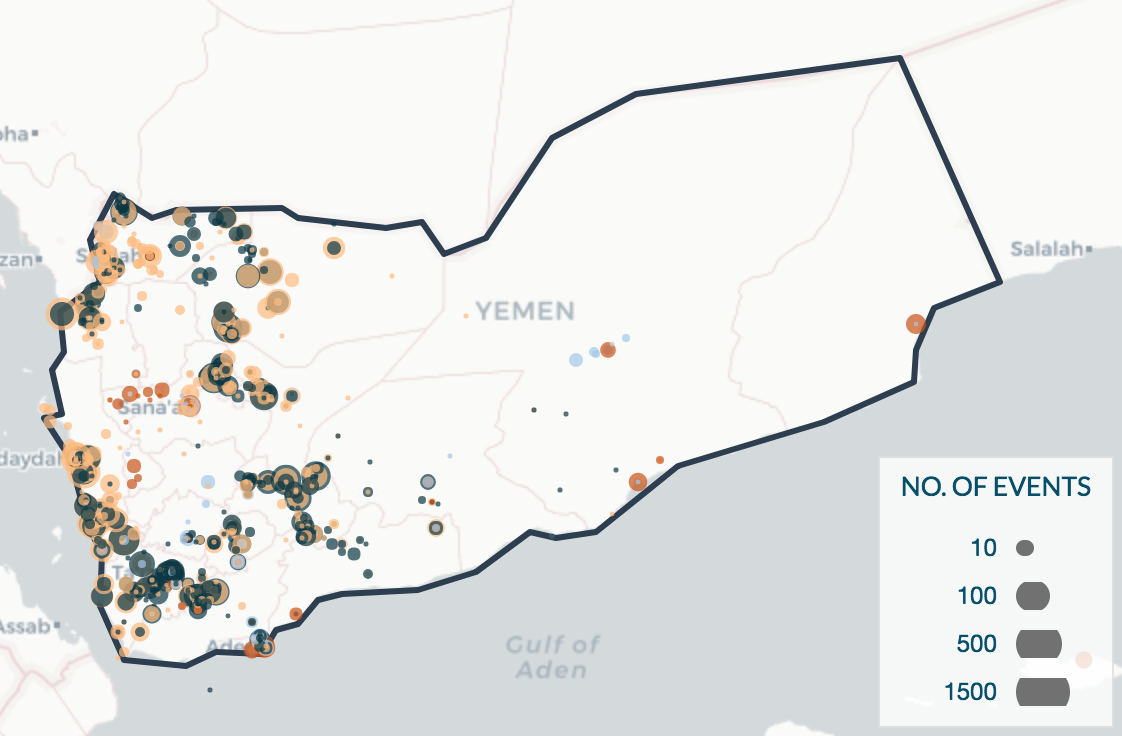