Last week, no major changes in protest and political violence levels in Europe occurred and few new significant developments were reported.
In the Balkans, Southeastern, and Eastern Europe, a handful of demonstrations took place around government policies, labour disputes, and other social issues — similar to that seen in prior weeks. The vast majority of these protests were peaceful. No armed clashes or bombings were reported last week.
In Serbia, pro-government and anti-government protests continued to be largely peaceful. However, tensions between supporters of the ruling Serbian Progressive Party (SNS) and the opposition “1 of 5 Million” movement increased, with an anti-government mob assaulting SNS members in Belgrade on 17 April and an SNS mob assaulting anti-government activists reporting on an SNS protest gathering in Majdanpek on 20 April.
In Greece, five riot events occurred involving anarchists, far right groups, and immigrants. Demonstrations involving these groups have been occurring in recent weeks.
In Russia, the Communist Party of the Russian Federation (KPRF) continued to hold protest rallies against pension and waste management reforms. Several small protests in Moscow and Saint Petersburg were broken up by police. Violence in the Caucasus region remained low with no armed clashes or bombings reported last week.
In Ukraine, the run-up to the second round of the presidential elections on 21 April remained calm with very few demonstration events reported. Elsewhere, in the Donbass region, fighting between Ukrainian government forces and separatist rebels continues, with 129 armed clashes and 126 shelling events reported last week, resulting in five reported fatalities. 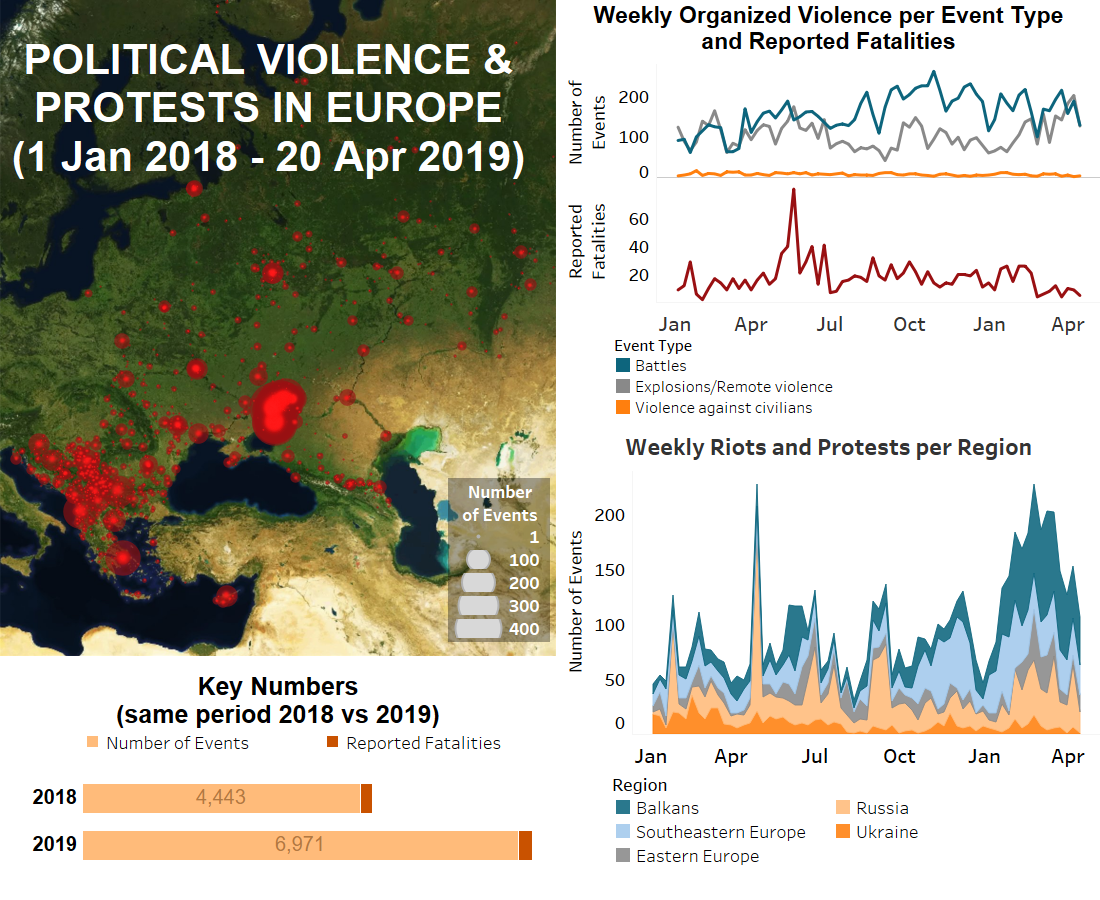