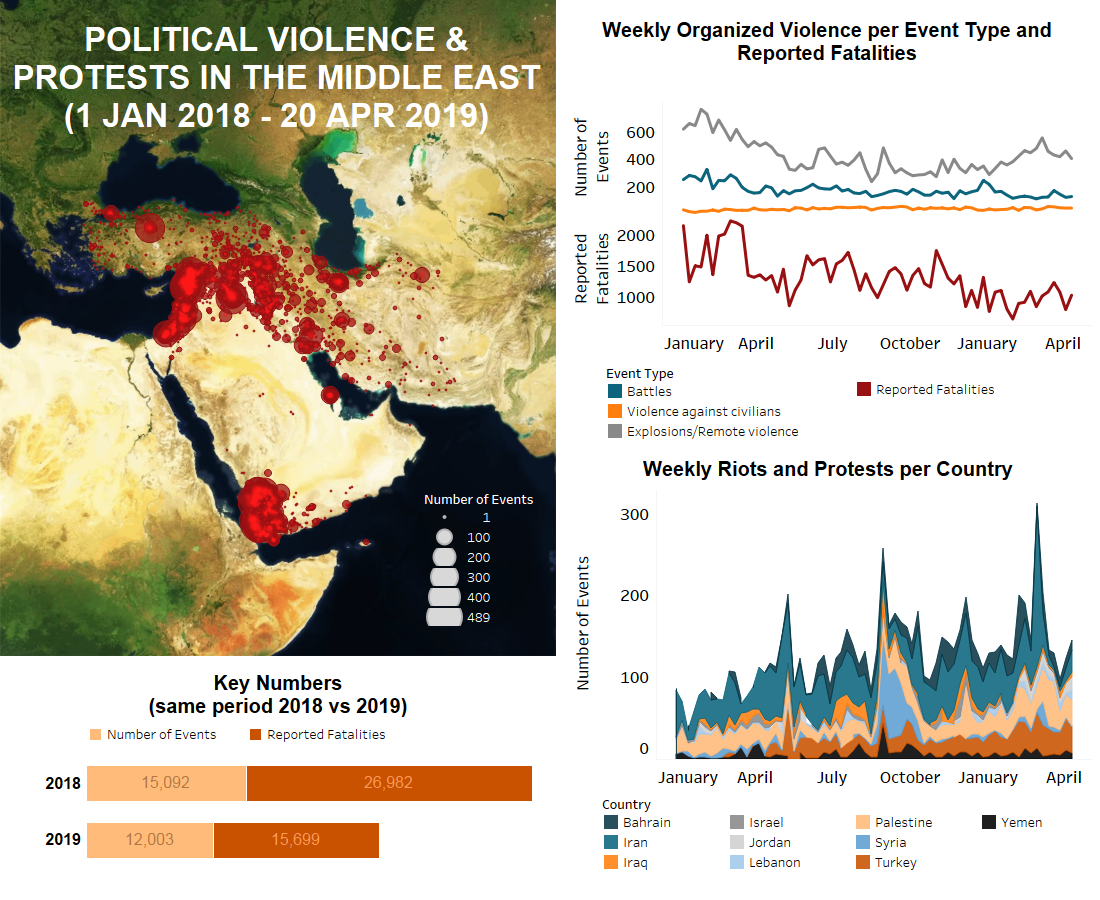 Tom Hart is the Global Research Coordinator with ACLED, and a part-time brewer and genealogist. He received his BA in International History from Carleton University in Ottawa, where he focused on colonial relationships, intercultural interaction, and geocultural perspectives. Tom is currently based out of Ottawa, Canada, and is fluent in English and French.
Lauren Blaxter

Lauren Blaxter is a Middle East Research Manager at ACLED. She has been responsible for coding Israel, Palestine, Lebanon and Jordan since May 2017. Lauren holds a BA in Human Rights, a Graduate Diploma in Law, and a LLM in International Criminal Law. Her work focuses on law and forensics in armed conflict.
23 April 2019
Share
TweetShare on Twitter Share on FacebookShare on Facebook Share on LinkedInShare on LinkedIn