Major developments for the week of May 26th include assassinations of government figures carried out by al Shabaab in Somalia, a large IS-Boko Haram attack against an IDP convoy in Nigeria, several Allied Democratic Forces attacks against military positions in North Kivu, continued Group for Support of Islam and Muslims (JNIM) and/or Islamic State attacks against civilian areas in Burkina Faso, and ongoing election protests in Algeria.

In Somalia, there were two instances of regional election violence from al Shabaab early in the week. Al Shabaab reportedly assassinated a clan elder in Yaqshid District as he exited a mosque on the afternoon of May 26th. The elder was a member of an electoral delegates group overseeing a Hirshabelle election. The same day, a second delegate was assassinated in Dharkenley District. Al Shabaab officially claimed responsibility for both attacks. Al Shabaab also assassinated a government soldier in Daynille on the 26th, and the following day, they assassinated a delegate in Hawl Wadaag.  Directly outside the city, al Shabaab remained active against government and AMISOM forces, attacking traveling soldiers with IEDs. In total, five al Shabaab IED attacks against government forces occurred throughout the week. In Afgooye district, an explosive targeted troops along the roadside, causing injuries. The soldiers reacted with gunfire, but the attackers were not present at the time of the attack.

In central Somalia, Sa’ad and Leelkase clans exchanged gunfire over land rights in Galkayo District on May 19th and 27th. In Middle Shabelle, Abgal militias launched a large offensive against al Shabaab combatants near Adale, causing several al Shabaab fatalities and a loss of weaponry.

To the south, probable United States air forces targeted al Shabaab locations between Jilib and Kismayo, and on May 30th al Shabaab launched a large attack on an African Union (AMISOM) base at Afmadow. AMISOM responded with heavy weapons and the raid was unsuccessful.

In the north, Somaliland (SL) security forces have begun to show fracturing. Several protests took place throughout Sanaag region on May 28th in support of a group of SL security forces who refused an order from their general to open fire on a group of Puntland forces based in Batan. This may be an indication of allegiance to an identity group rather than solidarity with the Puntland contingent, as the officer were of the Warsengeli sub-clan. Tensions mounted the following day when Puntland forces arrived in the area with 15 heavily armoured vehicles with the reported intention of confronting the Somaliland General. By week’s end, an unspecified number of SL army officers from Warsengeli defected to Puntland leadership.

In Nigeria, Islamic State-backed Boko Haram (ISWAP) launched a large scale attack on a government-led IDP convoy traveling between Sabon Gari and Damboa in Borno State. The May 26th attack began as an ambush along the rural road, which led to an exchange of gunfire when the army escort who responded. The attackers killed 25, including five soldiers. The Nigerian Army initially denied the attack occurred, though several witnesses confirmed the fatalities. The movement of IDPs here is in preparation for a Boko Haram clearing campaign throughout the Hawul Local Government Area. Elsewhere in Borno, Boko Haram carried out an attack against Bakassi IDP camp in Jere Local Government Area. The perpetrators reportedly caused five civilian fatalities, looted food and supplies.  Boko Haram launched a large assault on Maiduguri on May 28th;  the assailants were repelled by military forces and local militia groups the following morning. Fatalities have not been confirmed. Overall, the ongoing violence in the north-east – both from insurgency and communal clashes – has caused a displacement crisis. On May 28th the United Nations reported that 20,000 residents have been forced to flee into southern Niger since April.

In the Democratic Republic of Congo, the Allied Democratic Forces (ADF) continued its attacks on military positions in North Kivu. On May 30th, the ADF attacked a military base in Ngite, located near Mavivi. The military forces repelled the attackers, resulting in 23 fatalities and the seizure of arms. ADF combatants also attacked civilians in Bandinguya, killing four. The Ebola response in North Kivu continues to face attacks by armed groups, with a suspected Mayi Mayi attack on the Ebola Treatment Center in Butembo on May 26th, killing a police officer and injuring a health worker. The Djugu region of Ituri also continues to struggle with insecurity, as an unidentified armed group carried out simultaneous attacks on seven villages killing at least three civilians and displacing much of the local population.

In Burkina Faso, the Group for Support of Islam and Muslims (JNIM) and/or Islamic State attacked the village of Silmangue on May 26th. The attackers reportedly killed three civilians and burned down several structures in the town. On the same day, the group also attacked a church in Toulfe, killing four. French and state forces continued several counter-insurgency operations in the areas of Gountoure, Tounte, and Forage Christine. Additionally, French air forces carried out a strike on a presumed Katiba Macina (JNIM) site in the Kain area. Fatalities from the strike are thus far unascertained.

Finally, in Algeria, nationwide protests continued for the 15th consecutive week, increasing doubts on the viability of presidential elections scheduled for July 4th. The elections follow the ouster of former President Bouteflika on April 2nd. However, demonstrators throughout the country have rejected the impending election date, calling first for the resignation of the interim President Abdelkader Besnsalah and interim Prime Minister Noureddine Bedoui, both of whom were appointed by Boutefilika prior to his resignation. Protesters have signaled they will likely continue until figures associated with Boutefilika’s regime have been removed from the government or the July 4th election is suspended. 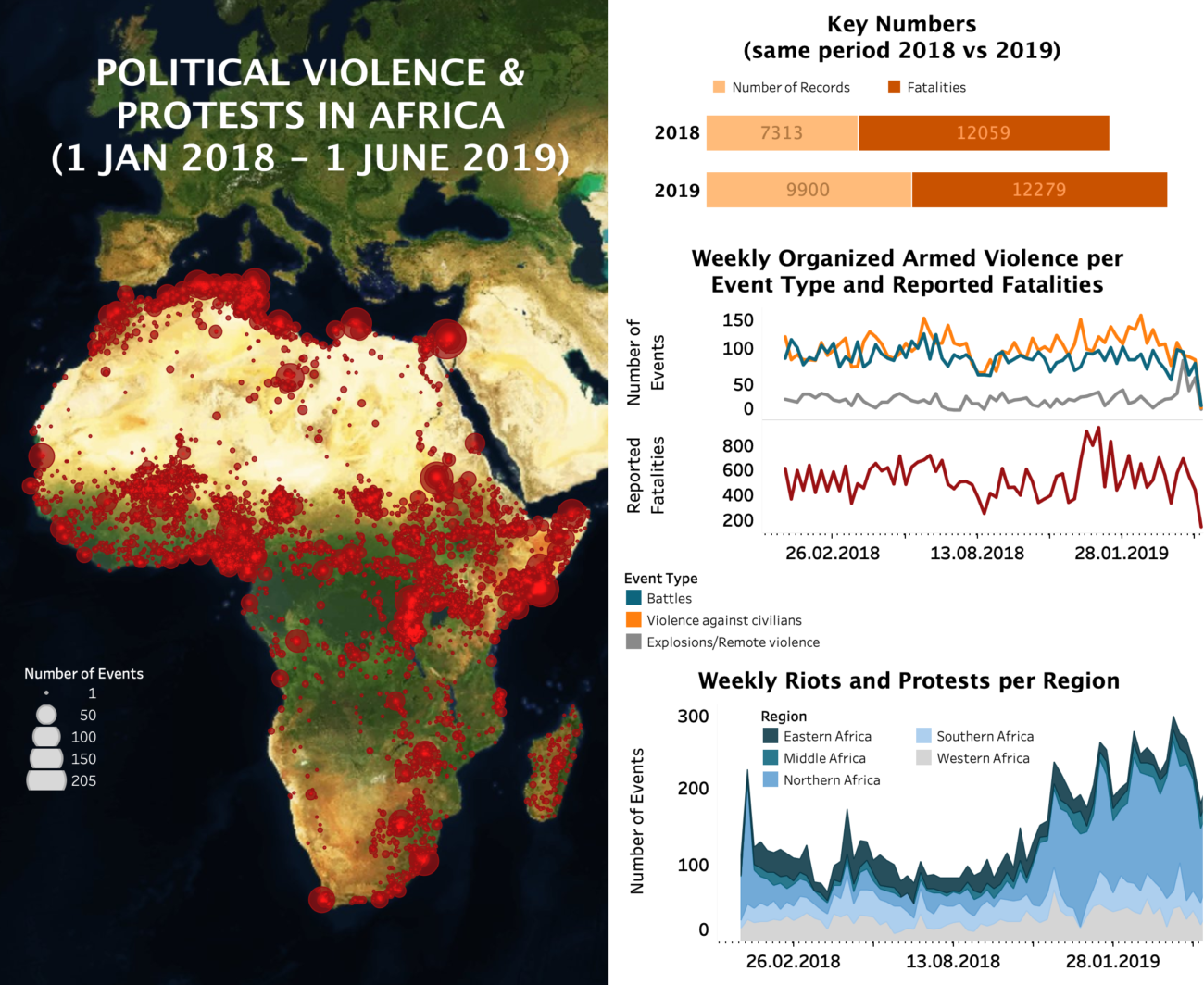