During the week of June 2nd, security forces in Sudan carried out violent dispersals of the protests. Meanwhile, the Islamic State continues to propagate its presence within the continent, issuing their first claim of an attack in Mozambique and continuing to claim attacks carried out by the Allied Democratic Forces in the Democratic Republic of Congo. Military forces in Nigeria carried out operations against IS-backed Boko Haram in Borno, while al Shabaab continued to target military sites in Somalia.

On June 4th, the Islamic State (IS) issued a statement claiming responsibility, in the name of the Islamic State in the Central Africa Province, for an attack in Metubi, Mozambique. This would be the group’s first attack within the country. However, many regional security experts, along with local security officials, have refuted the implication that the group holds a physical presence within the country. Pointing instead to a possible alliance or links with Ahlu Sunna Wal Jamaa (ASWJ), an Islamist group responsible for an insurgency in the Cabo Delgado region since October 2017. The IS claim came a week after ASWJ carried out its most deadly attack on record, beheading 16 people including soldiers in Quiterajo on May 28th.

In the Democratic Republic of Congo, the Islamic State issued a statement claiming an attack carried out by the Allied Democratic Forces (ADF) in Rwangoma on June 3rd, which left 13 civilians dead. The ADF clashed with military forces in Rizeri on June 5th. Military operations were also carried out in the Masisi territory, as security forces engaged in a series of clashes with the National Council for Renewal and Democracy (CNRD) this week, displacing much of the local population. During the course of these operations, the military captured 13 CNRD combatants on June 5th.

In Nigeria, the Multi-National Joint Task Force carried out operations against IS-backed Boko Haram this week in the areas of Arege, Malkonory and Tumbun Rego in Borno, resulting in 20 combatant fatalities. Military forces and Boko Haram also clashed in Izge on June 5th. In Zamfara, the community of Kanoma was attacked by a militia, which killed 16 civilians on June 3rd. Two days prior, on June 1st, a Zamfara militia killed eight civilians in the village of Lilo, on the outskirts of Gusau. Meanwhile, communal violence in Taraba state resulted in the killing of 12 Tiv passengers on a bus near Wukari on June 4th.

In Somalia, al Shabaab launched attacks on military forces in the Golweyne area on June 4th, Embaresso on June 5th, and in the Qorylyoley area on June 6th. On June 8th, the group attacked a contingent from the African Union Mission in Somalia (AMISOM), killing several troops. The group also carried out a number of attacks on civilians, including the assassination of a clan leader, who was an electoral delegate, in the Hodan District on June 3rd. In Bur-Dacaar, al Shabaab abducted three male youth. United States forces continued operations against militant groups within the country, carrying out an airstrike against suspected Islamic State fighters in Golis on June 4th, which killed six.

In the early hours of June 3rd in Sudan, Rapid Support Forces (RSF), under the leadership of General Mohamed Hamdan Dagolo, and other security forces were deployed throughout Khartoum to disperse sit-ins. The security forces violently assaulted and used live ammunition on protesters, killing 113. The RSF also attacked hospitals within the country, during which they reportedly raped female health workers. Following the violent dispersals, RSF forces maintained a strong presence throughout Khartoum. Despite the crackdown, protesters continued to hold demonstrations in various parts of the country throughout the week. The attack on demonstrators closed the door on negotiations, but are also important for what it suggests about the split within the political elites as to the future leadership of the regime. The Prime Minister of Ethiopia traveled to Khartoum to mediate conditions for the resumption of negotiations between the Transitional Military Council (TMC) – the ruling military junta­ – and leading opposition groups, including the Forces for Freedom and Change (FFC). However, the arrest of opposition leaders including, Mohammed Esmat and Ismail Khamis on June 8th  further jeopardizes the resumption of formal negotiations. 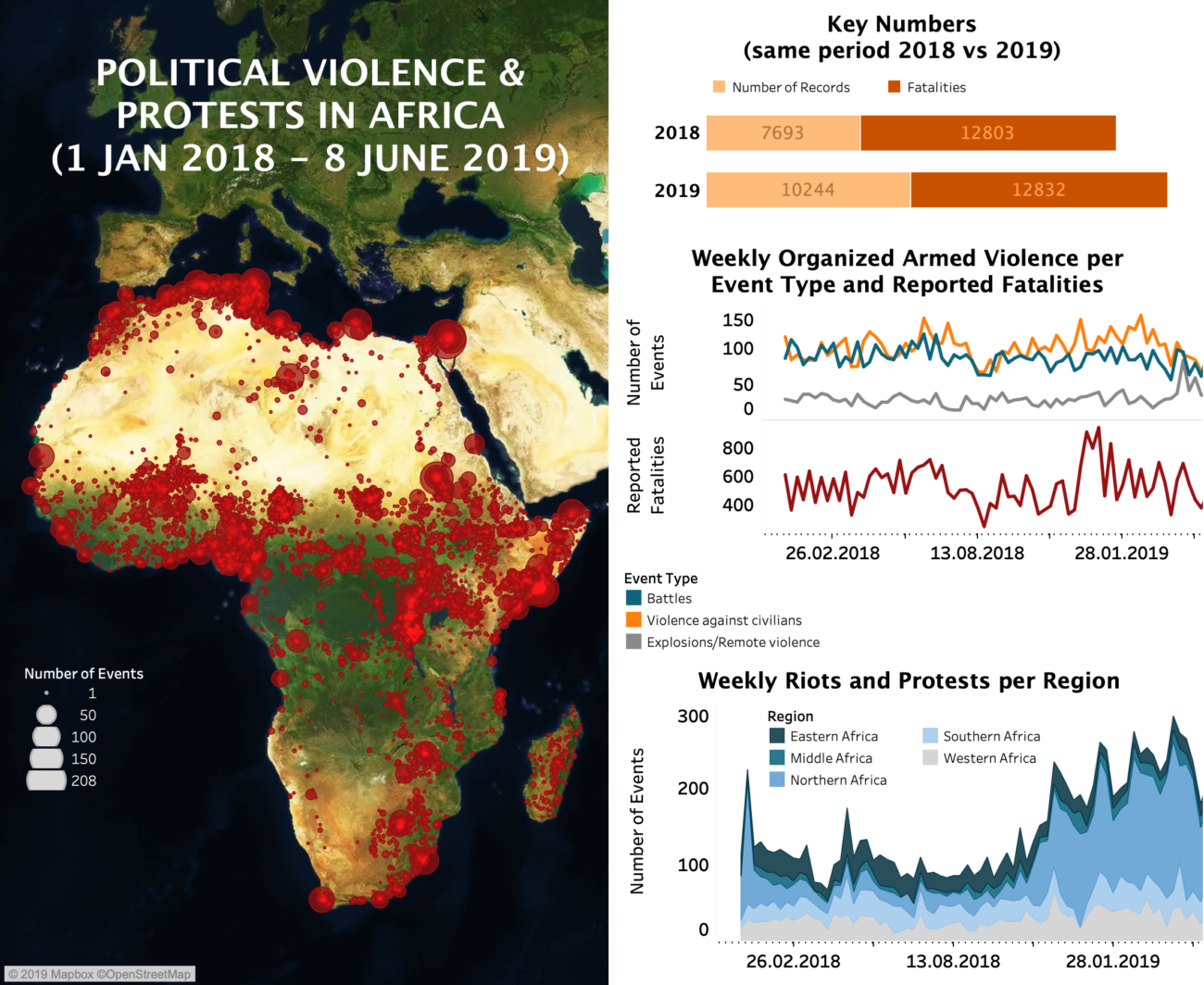 Maya Moseley is an Africa Research Manager with ACLED. Maya holds a MA in Migration and Refugee studies, with a focus on socio-economic dynamics surrounding internal displacement within host communities. Maya’s past experience includes work for a monitoring and evaluation consulting firm in East Africa, as well as NGO program management in Central Africa.
11 June 2019
Share
TweetShare on Twitter Share on FacebookShare on Facebook Share on LinkedInShare on LinkedIn