Last week, military tensions expanded between Cyprus and Turkey over the drilling dispute in the Eastern Mediterranean. In Albania, controversial local elections took place in which the ruling Socialist Party secured an unopposed victory. In Ukraine, anti-government protests increased ahead of the parliamentary elections, and fighting in the Donbass region caused nine reported fatalities.

The opposition in Albania boycotted the 30 June local elections, resulting in a one-party election won by the ruling Socialist Party amidst low turnout and allegations of fraud (Al Jazeera, 1 July 2019). Despite heavy rioting by the opposition in the past months, no violence was reported on election day or during the days before and after. Instead, the opposition held peaceful protests highlighting the undemocratic nature of the elections. The restraint shown in these protests may be to protect Albania’s bid for European Union (EU)-accession as the elections put the country under high scrutiny. Whether the opposition continues to refrain from violent demonstrations in the period leading up to the next EU-accession meeting set for October is uncertain.

In Ukraine, anti-government demonstrations increased ahead of the parliamentary elections scheduled for 21 July (Kyiv Post, 2 July 2019; Hromadske, 4 July 2019) with people expressing concerns over a range of socio-economic issues, the conflict in Donbass, and a potential comeback of pro-Russian forces in a new government. In the Donbass region, fighting between Ukrainian government forces and separatist rebels continued with 195 armed clashes and 171 shelling incidents resulting in nine reported fatalities. 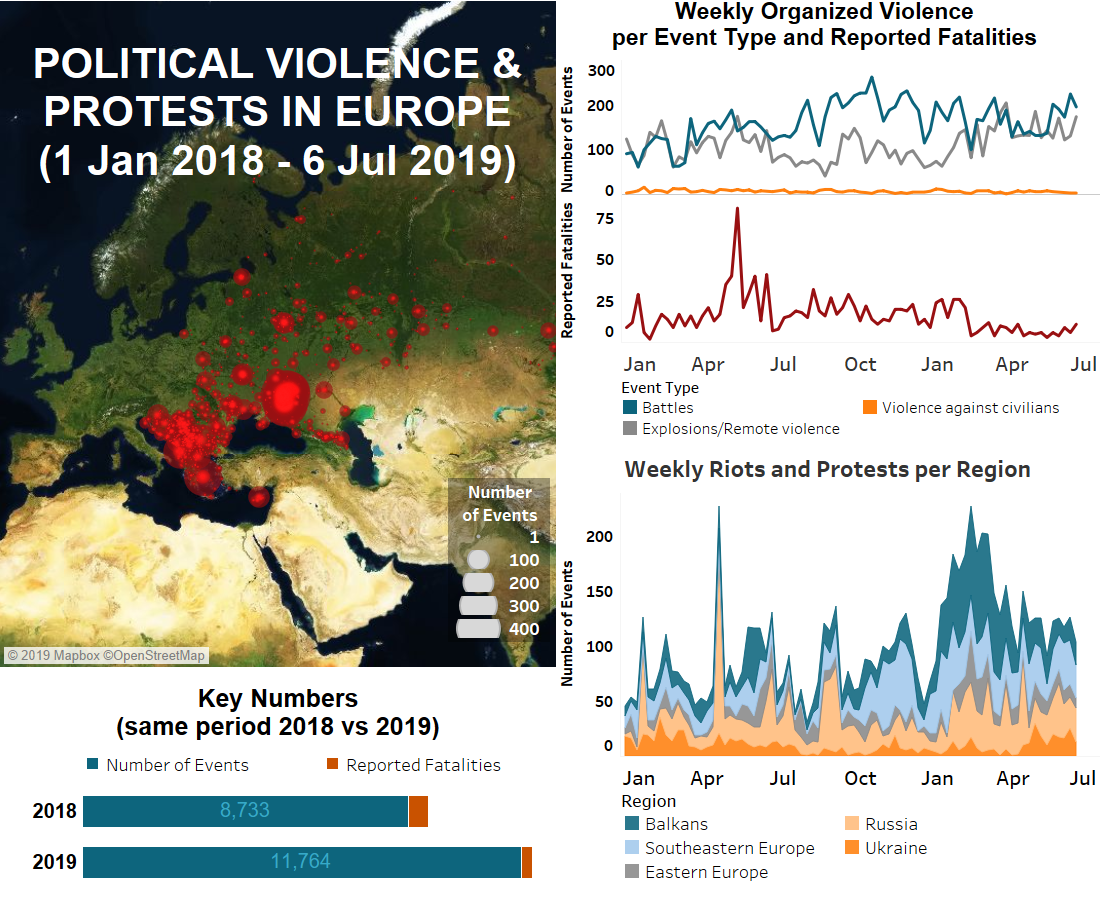