Last week, protests were staged in Russia over the exclusion of opposition candidates in the Moscow city council elections. In Greece, the snap parliamentary elections that took place on July 7 are regarded as one of the calmest in recent years. In Ukraine, protests and violence increased before the upcoming parliamentary elections. In the Donbass region of Ukraine, seven fatalities were reported due to ongoing fighting.

In Greece, the new conservative government represented by the New Democracy party entered Parliament with an outright majority after snap elections on 7 July (BBC, 8 July 2019). The elections were held without significant incidents reported, making them the calmest in recent years (The Conversation, 9 July 2019). The new government immediately strengthened police presence in Athens to crack down on the anarchist groups which have been involved in nearly 50 violent events since January.

In Russia, people protested over the exclusion of opposition candidates in the Moscow city council elections. Authorities refused to register several independent opposition candidates (Novaya Gazeta, 10 July 2019), which calls into question the fairness of the upcoming elections and is likely to trigger further protests.

In Ukraine, the number of protests and violence directed against civilians and the property of political parties increased in the lead up to the parliamentary elections of 21 July. The increase comes after a period of calm that started in late 2018 and continued up to the presidential elections of late April 2019. In the Donbass region, fighting between Ukrainian government forces and separatist rebels continued with 190 armed clashes and 169 shelling incidents resulting in seven reported fatalities. 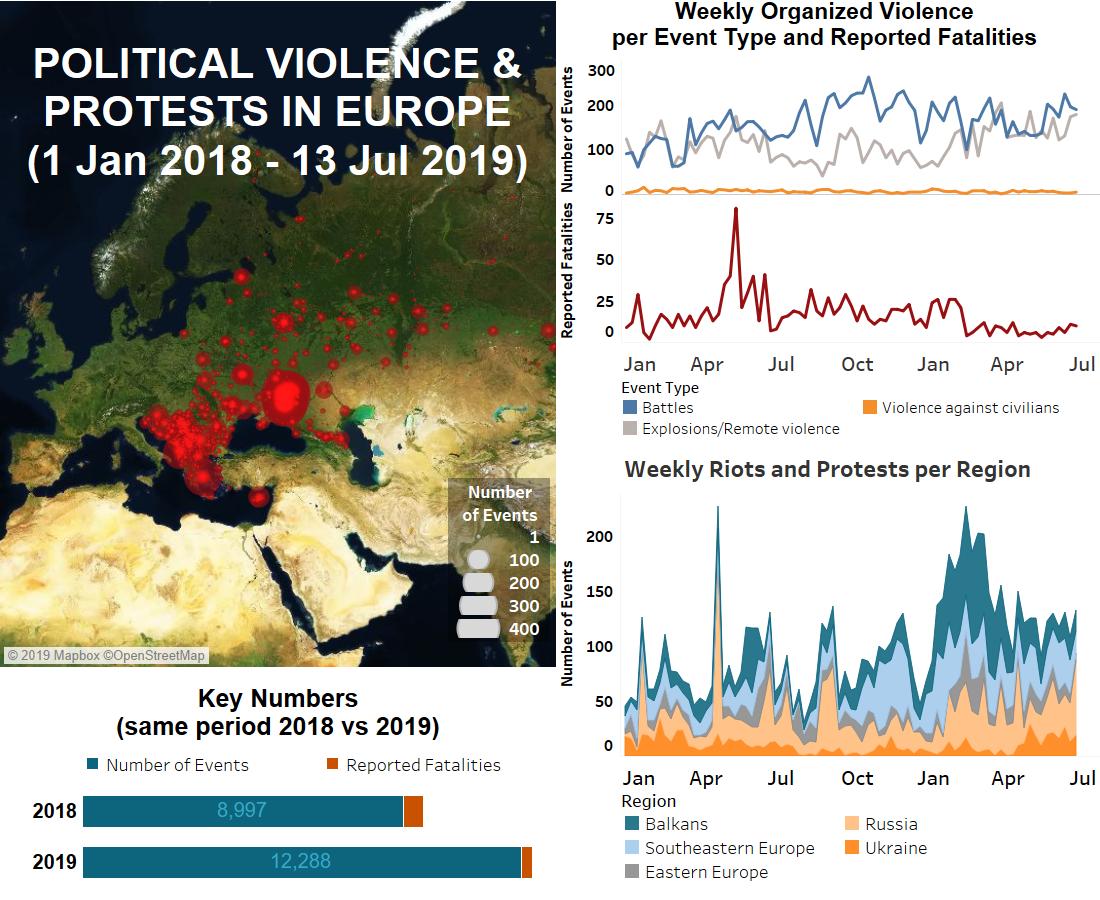