Last week in the Middle East region, Iranian and Turkish military operations against Kurdish armed groups intensified, while ‘Operation Will of Victory’ was launched in Iraq to target the remnants of the Islamic State (IS). The IS insurgency also continued in Syria, with a number of high profile bombings occurring in the east. Meanwhile, overall reported battle events continued to decrease across Yemen – with the exception of in Hodeidah city – although clashes continue to result in a high number of reported fatalities.

In Turkey, besides the ongoing clashes in the other parts of the southeast, military forces also launched an operation against Kurdistan Workers’ Party (PKK) in Lice district of Diyarbakir province last week. These operations affected mostly civilians in several villages of Lice as some were reportedly injured or detained. Moreover, the Turkish military conducted airstrikes in two more villages of the district, reportedly causing damage to agricultural lands. On the other hand, PKK attacks continued in Sirnak, Hakkari and Van provinces while Turkish gendarmerie increased its operations in Tunceli and Diyarbakir with a total of seven PKK militants reported to be killed or injured.

Further, forest fires were set in the southwestern provinces of Turkey, claimed by People’s United Revolutionary Movement (HBDH) militants with the motive of damaging tourism in the region. HBDH, an armed Turkish-Kurdish alliance aiming to overthrow the government of current President Erdogan, had not engaged in any reported activity in some time. As the group claimed, these attacks were a response to the increased pace of the military operations in south-east Turkey. While the fires were eventually contained, the incident caused some of the houses to be evacuated in the Dalaman area of Mugla province (Hurriyet Daily News, 11 July 2019).

Meanwhile, much foreign activity took place in Iraq throughout last week. The Iranian Islamic Revolutionary Guard Corps (IRGC) shelled Erbil governorate, resulting in Kurdish civilian casualties. The shelling was conducted in response to an alleged attack by the The Kurdistan Free Life Party (PJAK) in western Iran the week prior. Another operation dubbed ‘Operation Claw-2’ was launched by the Turkish military in northern Iraq, targeting PKK settlements in the region (Anadolu Agency, 13 July 2019). Turkish airstrikes focused heavily in the Amadiya region of Dahuk governorate, out of which the PKK frequently operate.

Similarly, Iraqi military forces also announced a new operation last week, dubbed ‘Operation Will of Victory’ in Sala al-Din, Ninewa and Anbar governorates. Iraqi authorities consider the operation as a significant step to retain the victory against IS, as it aims the complete elimination of IS presence in Iraq by targeting the sleeper cells (Asharq Al-Awsat, 12 July 2019). Ten IS militants have reportedly been killed thus far as part of the operation in Ninewa.

In Palestine, Great Return March demonstrations continued in the Gaza Strip where 72 Palestinians were injured during an intervention by Israeli military forces. Israel has been accused in the past of excessive force against protesters and war crimes in Gaza (for more on that, see this ACLED infographic).

Also last week, Israeli military forces mistakenly shot and killed a Hamas operative who had been trying to prevent civilians from approaching the Israel-Gaza border. Following the incident, two rockets were fired from the Gaza Strip into Israel by Hamas, which landed in open fields without causing any damage. Similar attacks have not taken place in the Gaza Strip since May 2019, when Palestinian and Israeli forces reached a ceasefire agreement (Reuters, 11 July 2019).

In Yemen, there was a general decrease in the overall number of reported events. In Ad Dali governorate, intense battles continued between pro-Houthi and anti-Houthi forces, backed by Southern Resistance militias and Security Belt forces. Most fighting occurred in Qaatabah district of the governorate. Despite little territorial change, reported fatalities were high on both sides as clashes occurred every day of the week.

Fighting between anti-Houthi and pro-Houthi parties likewise continued at the same pace in Hodeidah’s outer districts, with little change to the frontlines. Reported battles increased, however, along the Yemen/Saudi border, with Houthi forces attacking Saudi military positions in Jizan, Asir, and Najran. Several drone attacks against a power plant in Abha were also attempted by Houthi forces during the week, which were reportedly intercepted by Saudi air Defences. Insecurity in Aden increased throughout the week, as a number of rival gangs fought for control of territory in Ashaykh Outhman district of the city.

Elsewhere, coordinated bomb attacks took place in eastern Syria, which were claimed by IS. A car bomb went off near the Virgin Mary Church in Quamishli city which reportedly wounded 13 civilians, while three IEDs were detonated in two neighborhoods of al Hasakeh city – one of which targeted a Syriac Security Office checkpoint. IS is known worldwide for targeting non-Sunni civilians with high casualty bomb attacks, although this is the first time that Syrian Christians have been specifically targeted by such attacks since 2015 (Russia Today, 31 December 2015).

Lastly, in Greater Idleb, clashes continued between regime forces and their allies against rebel and Islamist factions at similar levels to those during the week prior. The latter groups made temporary advances following an attack on strategic terrain in northern Hama, however, a concentrated effort by both regime ground forces and Russian airstrikes recaptured the territory a day later. Violence throughout Greater Idleb led to a 25% increase in the number of reported civilian fatalities, as well as further attacks on hospitals and relief organizations. 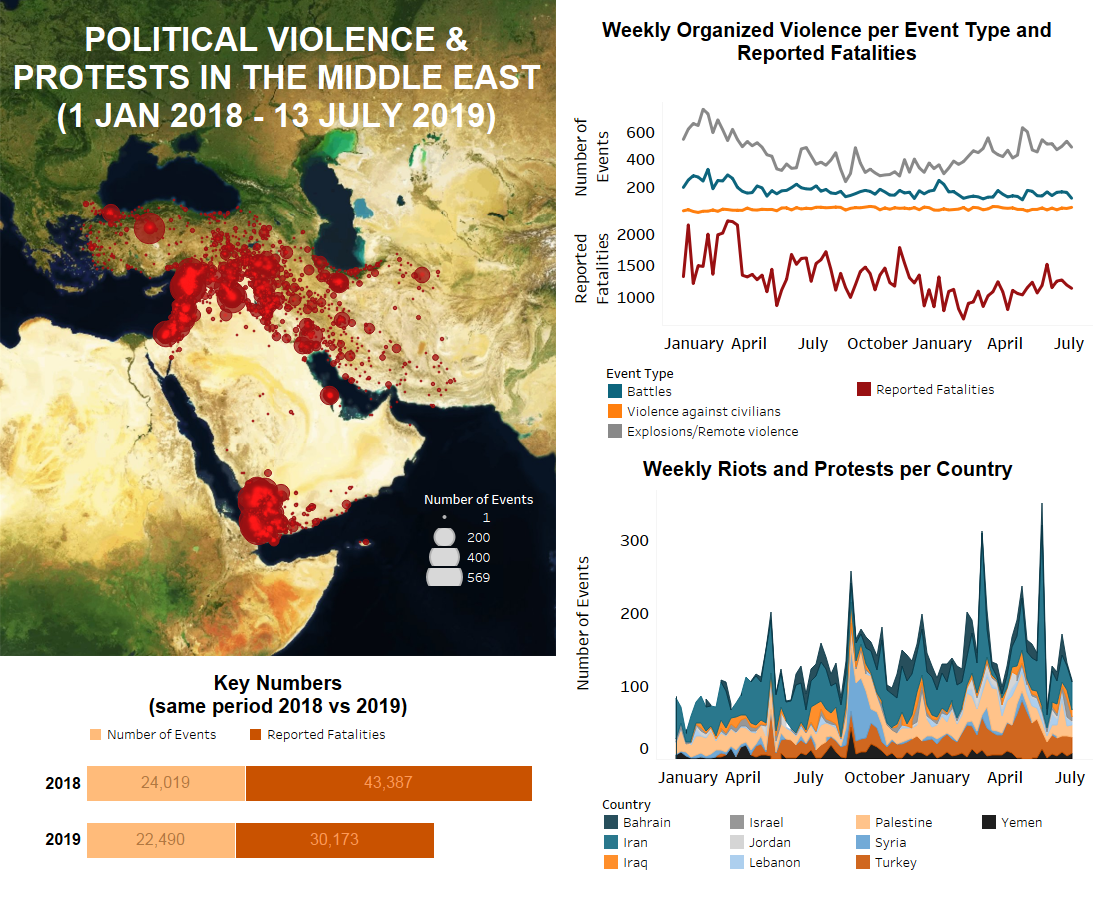