Key developments in Africa during the week of July 14th include continued violence in Cameroon and the Democratic Republic of Congo, while attacks spread into new territories in Burkina Faso. In Ethiopia, security forces violently dispersed demonstrations.

In Cameroon, despite on-going mediation efforts by Switzerland, Ambazonian Separatist and military forces continued to clash in the Nord-Ouest and Sud-Ouest regions this week. Fighting in Mbiam resulted in six fatalities, while clashes in the Sud-Ouest between separatists and police forces in Muea led to four fatalities. Both sides also continued to carry out attacks on civilians. This week, three civilians were killed by security forces in Bui, while a lawyer who represents Ambazonian leaders was abducted by an unidentified group in Bamenda. A video also emerged showing Ambazonian Separatists assaulting three women, two of who were carrying small children. While both groups actively target civilians, military forces have been responsible for the majority of reported civilian fatalities in the region since January 2019. Such abuses by security forces create further mistrust and grievances amongst Anglophone communities.

Insecurity has continued in the Democratic Republic of Congo, as eight civilians were beheaded by unidentified attackers in two separate attacks near Bunia, Ituri. Following the attacks, youth demonstrated by carrying the bodies through the city. Military forces continued operations against militias operating in the Djugu territory in Ituri resulting in 23 reported fatalities. Attacks on civilians also persisted in North Kivu this week. Two separate attacks targeted health workers in the province this week, highlighting the security threats to the Ebola response efforts. These attacks came as President Tshisekedi announced he would directly lead the Ebola response and establish a committee of experts to oversee it. The announcement prompted the resignation of the country’s minister of health, who also criticized pressures to utilize a second type of vaccination. The disagreement over the Ebola response at the highest levels of government and concerns over the utilization of an additional vaccine highlight the complexity and challenges of implementing an effective response at the community level in a conflict-affected region where there is deep-seated mistrust.

In Burkina Faso, previously restive regions of the country experienced violence this week. The first recorded IED attack in the Sanmatenga province struck a passenger bus between the towns of Foube and Barsalogho. Violence also was also reported in the Centre-Sud province, as an unidentified armed group attacked a Gendarmerie patrol between Po and Guiaro, killing two. It remains to be seen if these attacks signal the spread of militancy further into the country. Meanwhile, concerns over abuses by security forces in the country continue to grow, as eleven prisoners died in custody in Ouagadougou on July 15th.

In Ethiopia, members of the Sidama ethnic group held demonstrations in Hawassa and Sidama Woredas this week. The demonstrators called for the self-establishment of an autonomous region after the continued delay of a referendum which was mandated to be held by July 18th. Security forces brutally cracked down on the demonstrations, resulting in four reported fatalities. The demonstrations dissipated as Sidama leaders reached an agreement with the national government to hold a belated referendum within five months. However, some reports suggest that certain groups within the movement are opposed to the agreement, drawing questions on internal schisms. Calm has since returned to the towns, however, this continues to require close monitoring as a successful referendum would pave the way for other groups to push for autonomous regional control. 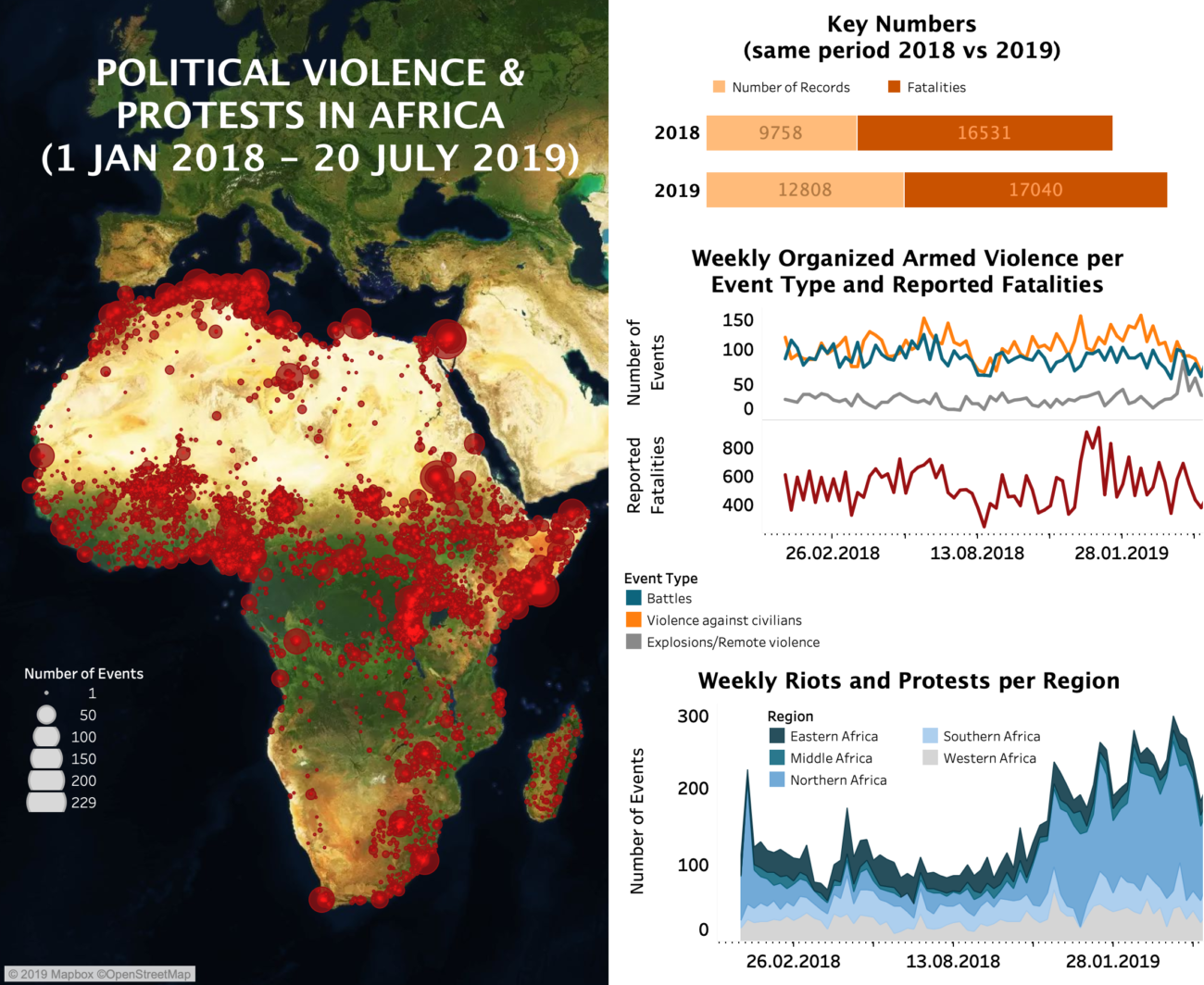