Last week, key developments in Eastern and Southeastern Europe and the Balkans were the peaceful protests for free and fair elections in the run-up to Russia’s local elections and the prisoner swap between Russia and Ukraine, which did not affect the ongoing fighting in Donbass. In Albania, the opposition resignation promises more protests, and in Bulgaria, there was an uptick in protests allegedly stirred up by disinformation campaigns.

As the Albanian Parliament began its new session after a summer break, the main opposition parties again resigned from Parliament and announced a new wave of protests against the Socialist government and the legitimacy of the June elections. (Tirana Times, 2 September 2019).

Protests were held throughout Bulgaria by groups of parents protesting the new National Strategy for the Child, which will enter into force on 1 January 2020. Protesters criticized its content for undermining traditional family values and asked for better policy on child protection. The protests are alleged to be stirred up through disinformation campaigns of unconfirmed origin (EuroChild, 27 May 2019; Fakti, 21 May 2019).

In Russia, the run-up to the local elections held Russia-wide on 8 September was remarkably peaceful given the violence in weeks prior. While protests for free and fair elections continued throughout the country, they were not met with major crackdowns. However, raids and detentions of protest leaders, journalists, and independent candidates were reported in an apparent government attempt to frustrate the opposition’s efforts in the election process (Novaya Gazeta, 2 September 2019, OVD Info, 5 September 2019).

In a landmark deal, Ukraine and Russia exchanged 35 prisoners from each side, including the Ukrainian sailors held captive since the Kerch Strait incident in November 2018 and other key figures whose imprisonment sparked numerous protests in Ukraine over recent months (BBC, 7 September 2019). Despite being widely regarded as a significant step in decreasing tensions between the two countries, the swap is controversial given one prisoner’s involvement in the shoot-down of civilian airliner MH17. For some, it also calls into question how much the new Ukrainian government is willing to compromise in order to decrease tensions with Russia (Al Jazeera, 9 September 2019) – concerns that led to several protests in Ukraine last week. Meanwhile, ceasefire violations in the Donbass region continued similar to the week prior with 128 armed clashes and 136 shelling incidents reported, resulting in seven reported fatalities. 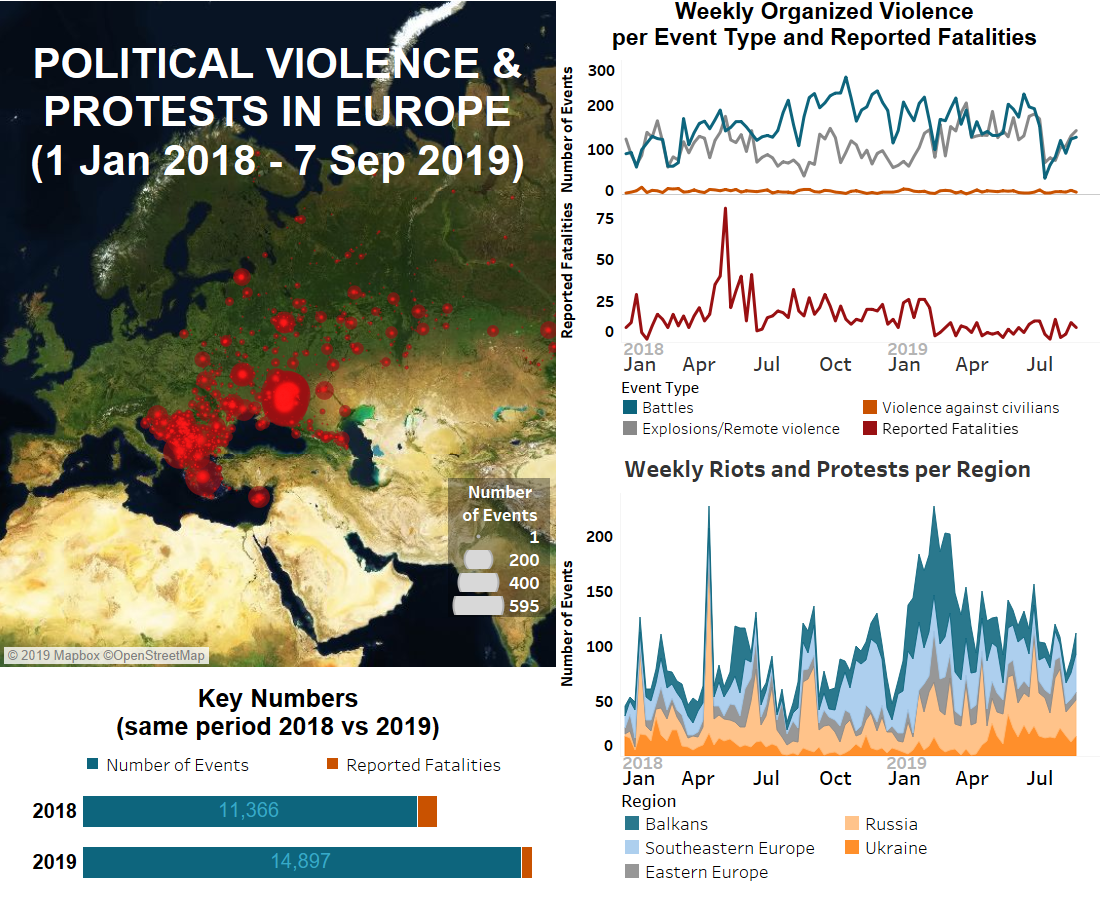