Last week in the Middle East, battles continued in Yemen, while Turkey and its allies continued fighting Kurdish forces in Syria and Iraq. Also, Iraq was the scene of heightening regional tensions with yet another military base of the Iranian-backed Popular Mobilization Forces (PMF) being targeted by an airstrike, likely conducted by Israel. For the last few weeks, there has been a steep decline in the number of reported fatalities across the region. This overall drop is primarily related to Syria as there have been far fewer fatalities reported following the end of the operation in the Greater Idleb area. In Yemen, there have also been fewer fatalities reported coinciding with a slight reduction in the number of reported events.

In Syria, fresh armed confrontations between Turkish-backed rebel groups and Kurdish-led People’s Protection Units (YPG) broke out in the Aleppo governorate. The intensification of violence happened against the backdrop of Turkey and the United States’ continued efforts to establish a safe zone in northern Syria, as US officials hope to forestall a Turkish attack on Kurdish forces in the area (The Guardian, 7 August 2019). But strong disagreements remain about how far the zone should extend, with Turkey insisting it should extend 30 km into northeast Syria. Last week, Turkish officials voiced dissatisfaction with the progress of talks with the United States, once again threatening to act alone to rid areas of northern Syria, east of the Euphrates river, of YPG fighters (Reuters, 27 September 2019). Furthermore, the Turkish army announced that it had downed an unidentified drone near its border with Syria on Saturday. Turkey also continued Operation Claw in northern Iraq against the Kurdistan’s Workers Party (PKK).  However, according to local sources, the PKK established a new military base near Tuz Khurmatu in Diyala province to recruit and train fighters.

Moreover, last week in Iraq, an attack on a base of the Iranian-backed PMF in the western Anbar province was reported. Following this, the Iraqi Prime Minister, for the first time, officially accused Israel of being behind a string of attacks on PMF bases since July 2019. Furthermore, two rockets landed near the US embassy in the Green Zone in Baghdad, with some reports suggesting that they were fired from an area in southern Baghdad where paramilitary forces close to Iran hold sway. The incidents happened amidst heightened tensions between Iraq’s two allies, Iran and the USA, raising alerts that Iraq could again be caught in the middle of the conflict between the two.

In Yemen, clashes between pro-Houthi forces and anti-Houthi forces, backed by the Saudi-led coalition, intensified early last week, with fierce fighting returning to Ad Dali and Hajjah governorates. Neither side gained any substantial territory, but many civilian fatalities were reported. The violence continued despite pro-Houthi forces offering to end drone strikes on Saudi Arabia following the attacks on the ARAMCO oil installations, and Saudi Arabia agreeing to a limited cease-fire in several areas of Yemen, including the capital Sana’a.

Furthermore, pro-Houthi forces claimed on Saturday to have carried out a massive attack against Saudi forces on the southern border of the Najran Region, killing and imprisoning hundreds of Saudi soldiers and their affiliates. Meanwhile, the Saudi-led coalition spokesman has denied the Houthi claims, calling them part of a “misleading media campaign” (Al Jazeera, 30 September 2019). Some suggest that the event might have actually taken place on the Kitaf axis in Sadah at the end of August (Calibre Obscura, 30 September 2019). The attack, if verified, would be one of the largest in Yemen’s years-long civil war. 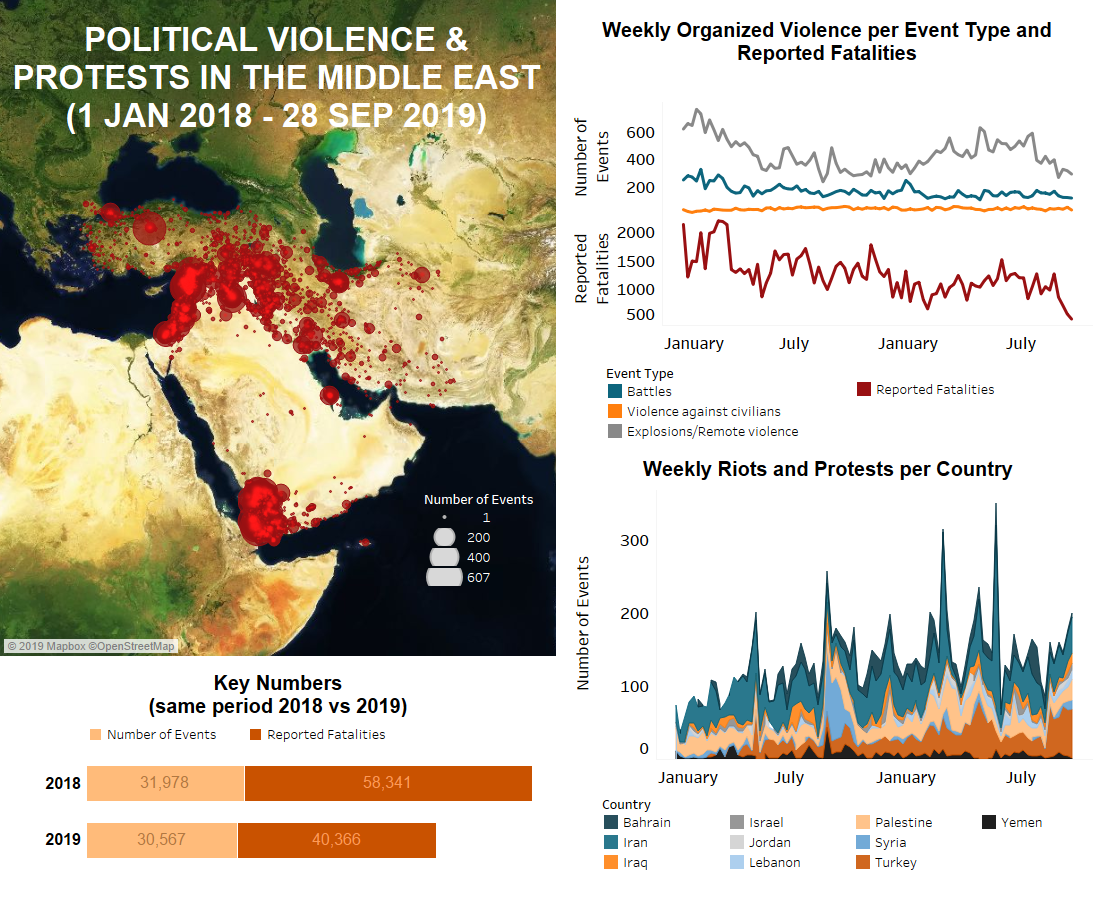