New ACLED data on Central Asia and the Caucasus span eight countries — Georgia, Azerbaijan, Armenia, Kazakhstan, Kyrgyzstan, Uzbekistan, Turkmenistan, and Tajikistan — and add nearly 17,000 political violence and protest events to the dataset. The highest number of events across both Central Asia and the Caucasus is recorded along the border of contested areas between Azerbaijan and Armenia, where fighting sporadically flares up between both Azerbaijani and Armenian military forces as well as between Azerbaijani and Artsakh separatist forces. As a result of this conflict, battles involving state forces are the most common type of engagement in the Caucasus region, though reported fatalities are low. 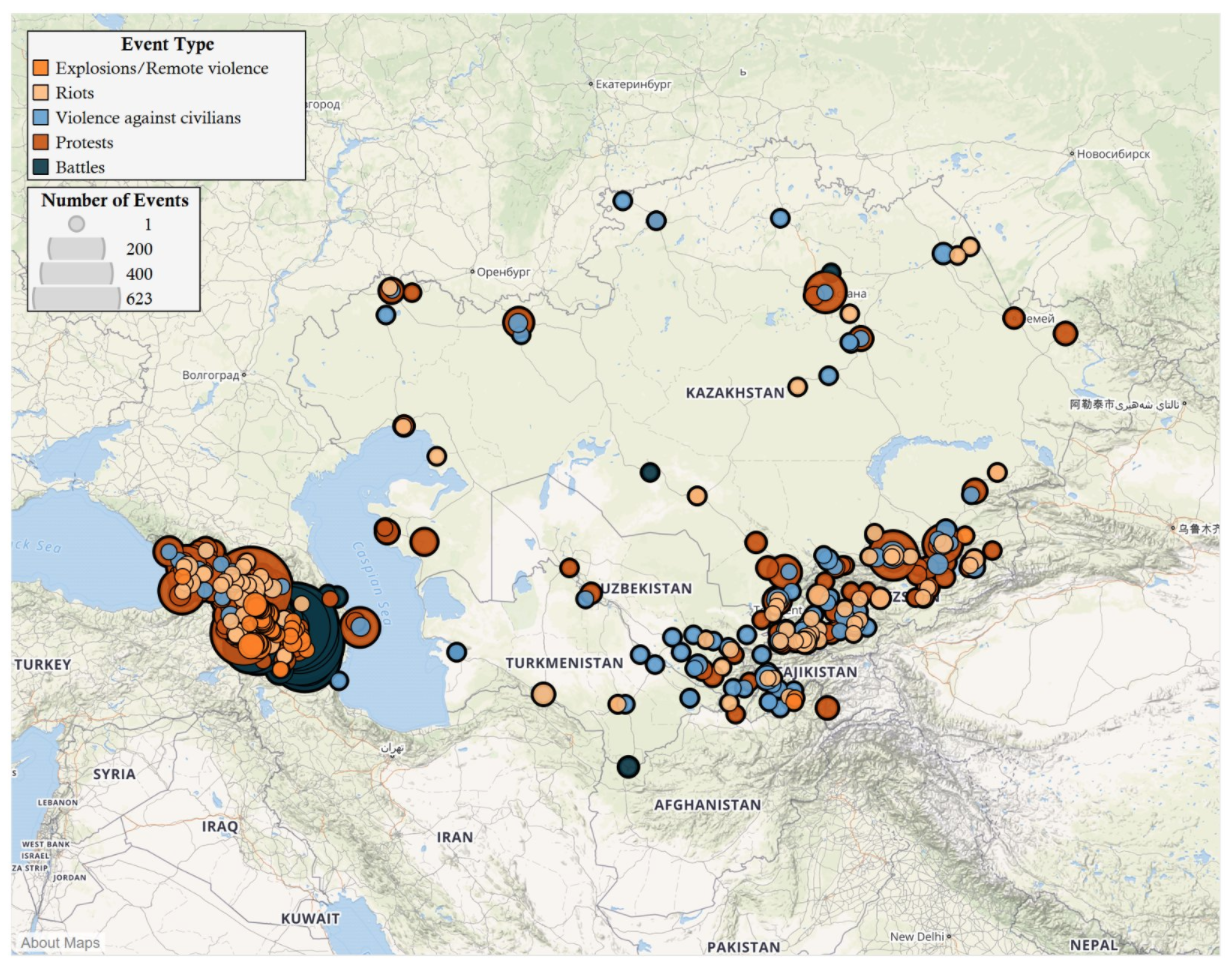 In Central Asia, protests are the most common type of event, with demonstrators largely gathering peacefully without intervention. Kazakhstan has the highest rates of violence targeting both protesters and civilians perpetrated by government forces, indicating comparatively high levels of state repression.

Find more information on ACLED methodology and coding decisions around political violence and protest in Central Asia and the Caucasus here.