Last week in Africa, armed groups made territorial gains in Nigeria and the Central African Republic, while inter-ethnic and inter-clan violence was prevalent in the DRC, Madagascar, and Kenya. In Ethiopia, riots concerning the security of a popular Oromo activist acquired religious and ethnic dimensions over the three days in which they occurred.

Until recently, Boko Haram has largely confined its activity to Nigeria’s northeastern Borno State and the eastern border regions with Chad, Niger, and Cameroon. But this week, the group announced its first offensive against the military in Nigeria’s northwestern Sokoto State. The offensive is believed to have killed many Nigerian troops–though the precise number is unknown.

In the Central African Republic, the Union for Peace in the Central African Republic (UPC) invaded Bambouti, a Southeastern city that borders South Sudan. This movement of troops violates the agreement signed by the government and the UPC in February. Beyond signaling a weakening commitment to the agreement, it is also feared that this development will result in a repeated closure of the border with South Sudan, and the government warns that the move could inhibit humanitarian assistance (27 October 2019, EN24.news). The UPC describes its move into Bambouti as part of a sensitization process for the local population. This comes ahead of their integration into the Central African Forces (FACA), which is part of the peace agreement.

In the Democratic Republic of Congo (DRC), following a spate of inter-ethnic violence in the Kivus, an unprecedented alliance has formed between several Great Lakes governments at a meeting in Beni. In the last week, fighting between the Armed Forces of the Democratic Republic of the Congo (FARDC) and Mayi Mayi fighters in South Kivu displaced 7,000 civilians. While the proposed military cooperation among the DRC, Burundi, Rwanda, Tanzania, and Uganda is intended to confront such insecurity, concern, and skepticism among the population was evident. In Goma, an unspecified number of demonstrators protested against the intervention of foreign militaries, and the UN confirmed that it will not support “foreign forces” in the DRC (26 October 2019, The Independent).

In Madagascar, ethnic violence was especially deadly in Marotsiraka town, in Anosy Region. This week a clash of approximately one hundred ethnic Bara and Antandroy people left fourteen dead. Meanwhile, in Kenya, Siria and Ilwuasi Ngishu clan militias clashed in Trans Mara. This is the first reported instance of such fighting. Six were injured, including a police officer sent to separate the militias (26 October 2019, Citizen Digital).

Rioting in the Oromia region of Ethiopia was lethal. Following social media reports by popular activist Jawar Mohamad that security forces were lifting his protections, supporters mobilized, triggering rioting that killed 67 people over three days. Prime Minister Abiy Ahmed affirms that the majority of deaths were due to rioters’ violence and not a product of security force intervention. Particularly concerning is the ethnic and religious dimensions that emerged as the riots intensified spread. By the end of the week, homes, churches, and mosques had been burned in the disturbances. 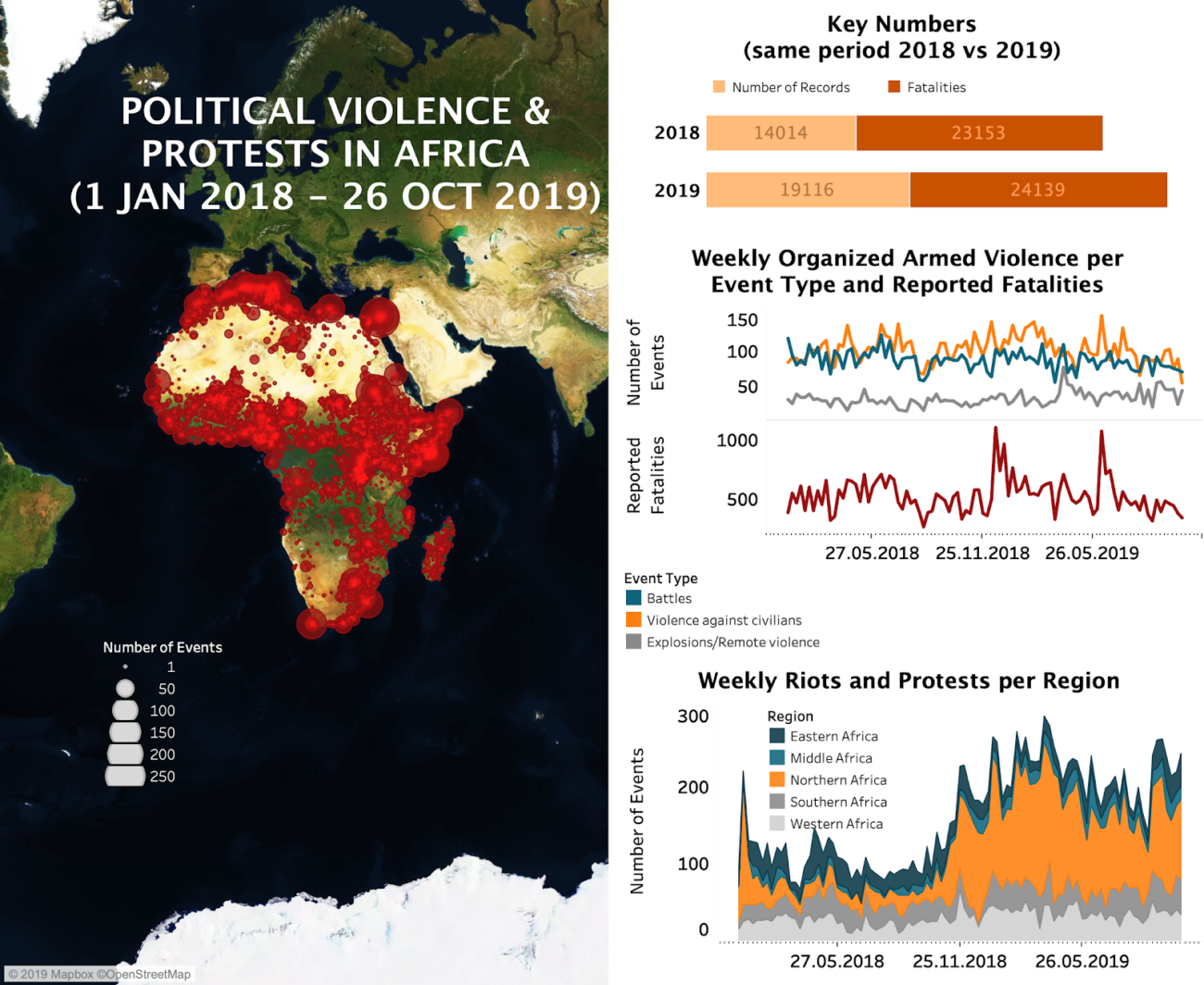