Relatively few protests and violent incidents were reported last week in the Balkans, Southeastern Europe and Eastern Europe. Protests over government corruption, rule of law, and political repression were held in Serbia, Bulgaria, Belarus and Russia. In Ukraine, the successful disengagement of forces in another area of Luhansk caused a minor reduction in the level of fighting between government and rebel forces.

In Serbia, protests continued for the second week in support of a whistleblower, who exposed details of nepotism and corruption with arms trade linked to the Minister of Interior (BalkanInsight, 14 October 2019). Support for the whistleblower was also voiced in the ongoing “1 of 5 Million” anti-government protests.

In Bulgaria, opposition against the nomination of a new Chief Prosecutor continued, with a large protest organized in the capital Sofia (OCCRP, 31 October 2019).

In Belarus, opposition parties organized small-scale protests in major cities on local problems and nationwide political repression, ahead of the 17 November parliamentary elections.

In Russia, an increased number of protest events took place over election results and political repression, in particular on the ‘Day of Remembrance of the Victims of Political Repressions’ [of the Soviet Union] on October 30 (RFE/RL, 30 October 2019).

In Ukraine, government and rebel troops withdrew from forward positions in yet another area in Luhansk as part of the ‘disengagement of forces’ agreement (OSCE, 2 November 2019). Nationalist militias, including members of Azov Battalion and National Corps, who had threatened to take over the government positions in defiance of the agreement, also withdrew to a location just outside the disengagement area. The withdrawal caused a minor reduction in fighting between Ukrainian government forces and separatist rebels, with 147 armed clashes and 145 shelling incidents resulting in three reported fatalities. 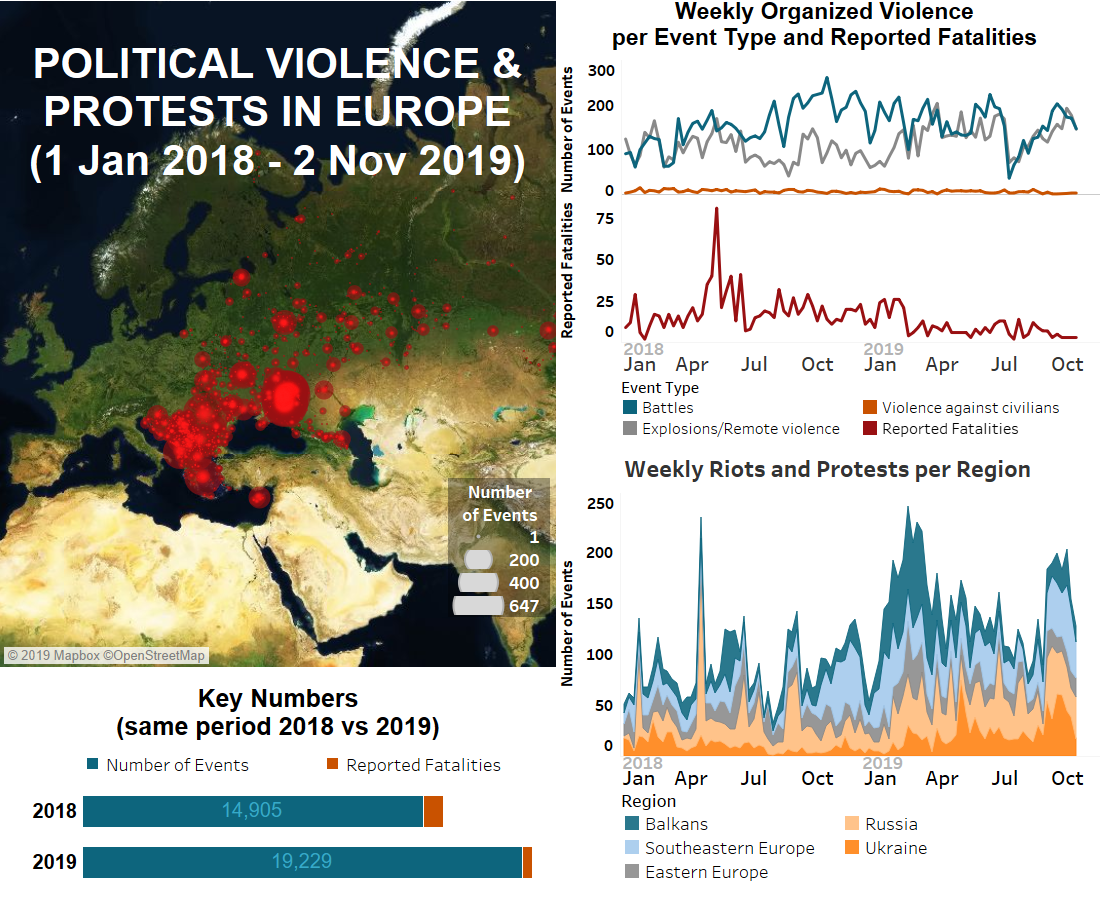