Last week, demonstration events were reported in the Balkans, Southeastern Europe and Eastern Europe over a wide range of local and national issues. Notable developments were the change in government in Moldova and the nationwide protests by farmers in Ukraine over the liberalization of the agrarian sector.

In Moldova, after a vote of ‘no confidence’ in Parliament, the five-month-old coalition government, led by the pro-Western National Resistance Movement (ACUM) and the pro-Russian Party of Socialists (PSRM), was replaced by a ‘technocrat’ government. Despite its ‘technocrat’ label, the new government appears to have significant ties to PSRM and to the Democratic Party of Moldova (PDM), which was ousted from government after a long internal struggle earlier this year. Observers fear this ‘power grab’ will lead to destabilization of the country (RFE/RL, 14 November 2019; Balkan Insight, 20 November 2019), yet to date, these political maneuvers have not led to increased reports of protest events or political violence.

In Ukraine, farmers, supported by nationalist groups, held dozens of peaceful protests across the country. They oppose the liberalization of the agrarian sector and the sale of land to foreign investors, stating it destroys small- and medium-sized farms for the benefit of oligarchs (Ukrinform, 11 November 2019). In the Petrivske area, in Donetsk, government and rebel forces left their positions without incident, as part of the ‘disengagement of forces’ agreement (Ukrinform, 14 November 2019). It marks the third successful disengagement (112 UA, 15 October 2019) and paves the way for the Normandy Four meeting in Paris on the conflict settlement, planned for 9 December (Reuters, 15 November 2019). Despite this, fighting between Ukrainian government forces and separatist rebels continued in the Donbass region at similar levels to weeks prior, with 145 armed clashes and 176 shelling incidents resulting in two reported fatalities. 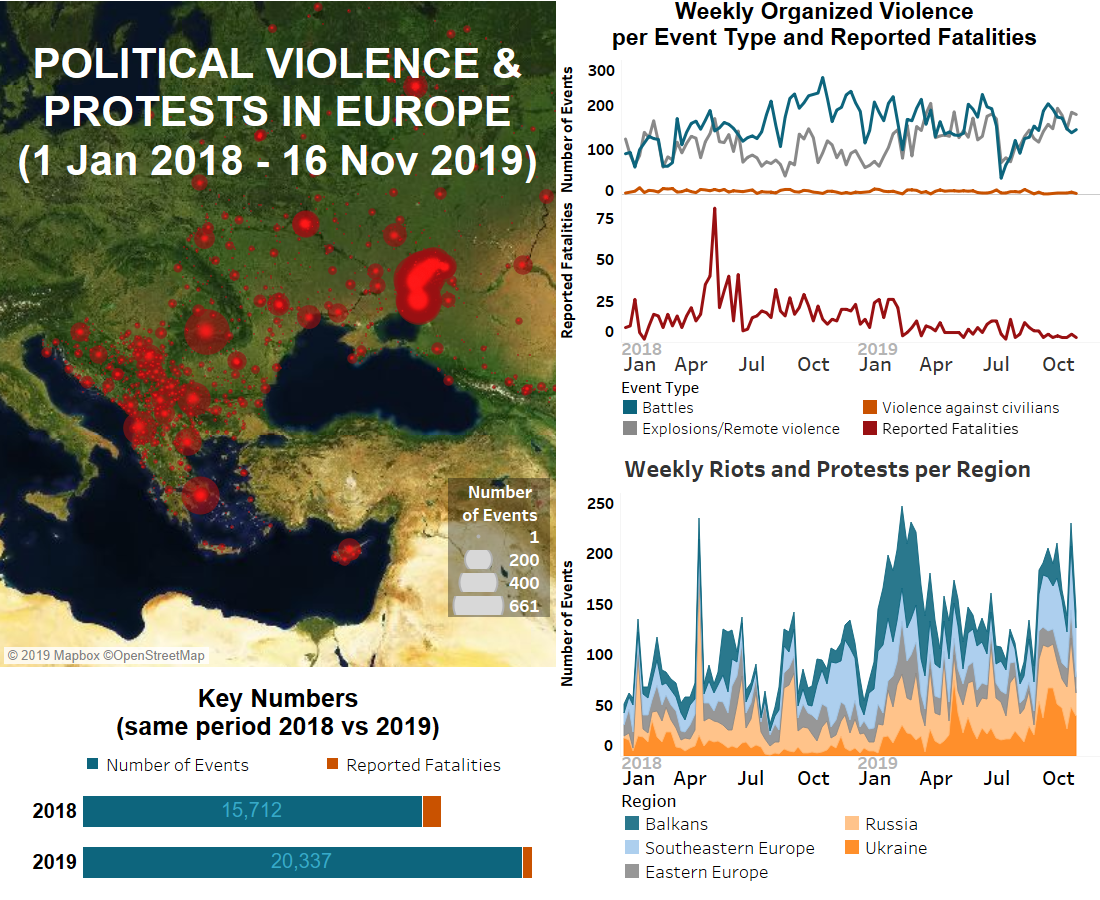