Violence aimed at voter suppression in Nepal and the Indian state of Jharkhand has drawn into focus differences between the current state of South Asia’s two most historically significant Maoist movements.

In the lead-up to nationwide Nepali by-elections, held on 30 November, an unidentified group detonated a bomb during a Nepal Communist Party (NCP) election rally in Pokhara city. This attack was followed on election day by several bomb attacks targeting election centers, with police disrupting further potential explosions. The NCP is the current ruling party in Nepal and was facing the polls for the first time as the successor party of the merged Communist Party of Nepal (Maoist Centre) (CPN[MC])and Communist Party of Nepal (Unified Marxist-Leninist) (CPN[UML]) (Kathmandu Post, 1 December 2019). Although the CPN (UML) had always been a mainstream political party, the former Prime Minister and CPN (MC) leader Pushpa Kamal Dahal led the decade-long Maoist insurgency between the mid-1990s and mid-2000s (Indian Express, 1 April 2019). Whilst the splinter Netra Bikram Chand-Communist Party of Nepal (Maoist) has in recent years emerged with a campaign of violence (The Diplomat, 13 March 2019), the CPN (MC)’s successor NCP remains the dominant mainstream political force in Nepal.

In contrast, the Naxal-Maoists of India, including the Communist Party of India (Maoist) (CPI [Maoist]), have maintained an active insurgency. Last week, a CPI (Maoist) cadre was reportedly killed when security forces clashed with rebels during encounters in Chhattisgarh and Jharkhand states. In the lead up to the Jharkhand assembly elections, beginning on 30 November, Naxal-Maoist rebels also launched attacks on civilian targets, including the reported killing of an Indian National Congress worker accused of being a police informant in West Singhbhum district. Naxal-Maoist rebels also detonated an IED on a bridge in Gumla district on the first day of voting. Recent attacks have reinforced concerns by the Election Commission of India that Naxal-Maoist rebels may employ new tactics to obstruct voting in the Jharkhand assembly elections (New Indian Express, 23 November 2019).

Elsewhere in India, demonstrations against the Citizenship Amendment Bill (CAB) were reported in the northeast states of Assam, Arunachal Pradesh, Manipur and Mizoram. Demonstrations against the bill escalated last week following the central government’s move to pass the CAB during the winter session of Parliament. Opponents of the bill, which would grant citizenship rights to undocumented non-Muslim immigrants, contend that legitimizing undocumented immigrants would threaten the indigenous communities of the region (for more on the CAB, see this ACLED report). 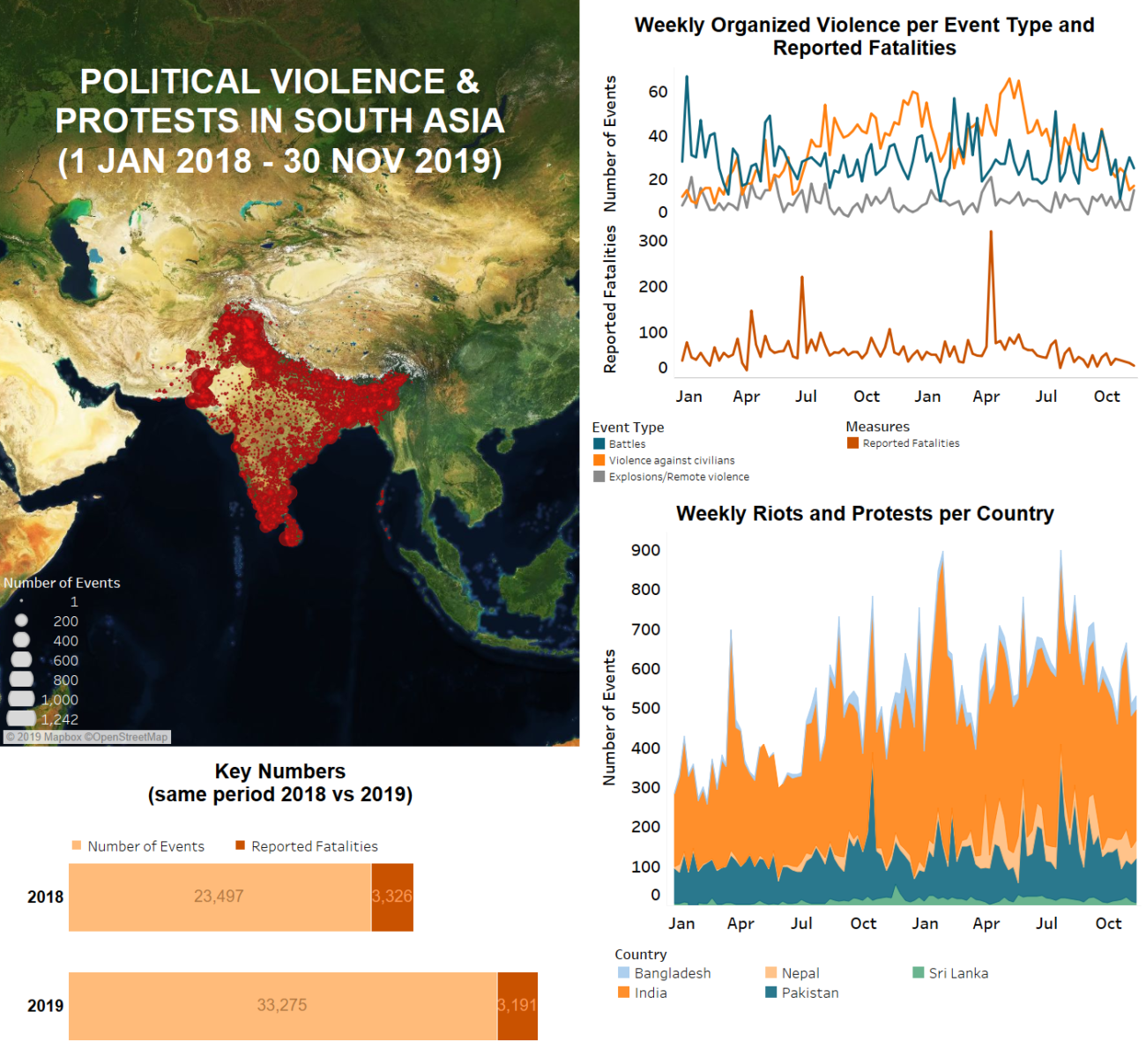