In Afghanistan, unidentified assailants killed six aid workers from a non-governmental organization, Peace Japan Medical Services, including its founder, Tetsu Nakamura, who was widely respected for his efforts in the war-torn Nangarhar province (BBC, 4 December 2019). The targeted shooting occurred in Jalalabad city on 4 December 2019, just ten days after a United Nations vehicle was attacked with a hand grenade in Kabul, leaving one dead. Afghanistan consistently registers as one of the most dangerous countries in the world for humanitarian workers (The Aid Worker Security Database, 4 December 2019).

Still, following US President Donald Trump’s surprise visit to Afghanistan in late November, the US officially resumed peace talks with the Taliban in Doha, Qatar last week (Al Jazeera, 7 December 2019). Although the Taliban has so far refused to meet with Afghan President Ashraf Ghani, the US Peace envoy visited Ghani in Kabul prior to the formal meetings in Doha, in an attempt to include both sides of the conflict in the talks (Time, 4 December 2019). Meanwhile, Afghan government forces continued to target the Taliban with airstrikes, claiming they killed dozens of militants in Wardak, Zabul, Paktia, and Farah provinces.

In Kyrgyzstan, corruption-related incidents continued to dominate the news, with two former prime ministers sentenced to lengthy prison terms on 6 December on charges of favoring a Chinese company in a tender bid (RFERL, 6 December 2019). Before the hearing, relatives of the former high-ranking officials demonstrated outside the court and demanded a fair trial. The ruling follows a wave of large anti-corruption protests that took place in the previous week over a separate graft case.

Slightly higher levels of ceasefire violations were reported in Armenia and Azerbaijan through the first week of December compared to weeks prior. Twenty-five armed engagements were reported along the Armenia-Azerbaijan border and 59 armed engagements were reported along the Artsakh-Azerbaijan Line of Contact, according to Azerbaijan’s Ministry of Defense (MOD). Each of these engagements includes multiple attacks or exchanges of fire targeting the same location on a single day. In these terms, Armenian forces targeted positions in Azerbaijan over 150 times during the past week, while Artsakh’s MOD reported that Azerbaijani forces committed more than 130 ceasefire violations, largely consisting of large-caliber machine gun and sniper fire. 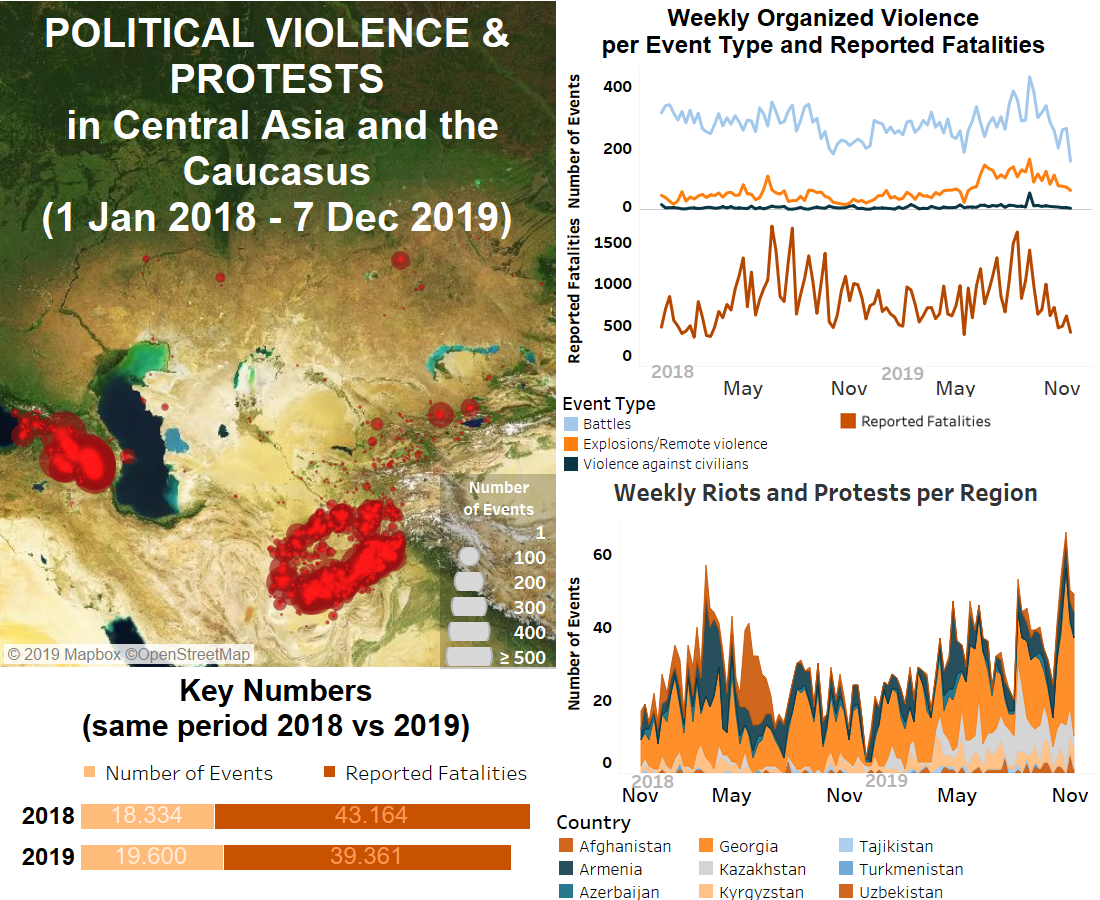