Key trends in South Asia last week include: violence perpetrated by domestic armed groups in Pakistan and India; troop withdrawals in Jammu and Kashmir; and nationwide demonstrations in India following prominent acts of violence against women.

In India, Naxal-Maoist activity was reported in Chhattisgarh and Maharashtra states, amid observance of Peoples’ Liberation Guerrilla Army (PLGA) Week. Communist Party of India (Maoist) (CPI [Maoist]) cadres reportedly killed a village chief and a Nationalist Congress Party worker at a kangaroo court in Maharashtra’s Gadchiroli district for assisting with government-run mining operations. In Chhattisgarh, Naxal-Maoists abducted several traders in Sukma district and interrogated them about security operations, whilst a Central Reserve Police Force (CRPF) trooper was injured in Bijapur district while defusing an IED planted by the CPI (Maoist) cadres. Police had been on high alert in the lead up to PLGA Week, during which Naxal-Maoists undertake rallies and meetings, whilst also memorializing cadres who have been killed by state forces (The Hindu, 30 November 2019).

In Jammu and Kashmir (J&K), 4,000 Central Armed Police Forces have been withdrawn from the Kashmir valley, amid assertions of an improved security situation (Greater Kashmir, 3 December 2019). Despite this, an indefinite internet and pre-paid mobile service shutdown has remained in force since 5 August (The Hindu, 8 December 2019), when the central government announced the abrogation of Article 370 provisions and bifurcation of the former state of J&K into two union territories.

Elsewhere in India, nationwide demonstrations were staged following well-publicized acts of violence against women. The demonstrations were prompted by prominent cases in Telangana state, where a veterinarian was raped and murdered (CNN, 4 December 2019); and Uttar Pradesh state, where a rape victim died after being stabbed and set on fire by her accused rapists as she travelled towards court to testify against them (Times of India, 7 December 2019). Four of the accused in the Telangana rape case were reportedly killed by police when they attempted to escape during a crime scene re-enactment. Demonstrators had widely called for capital punishment against the perpetrators of the sexual violence. 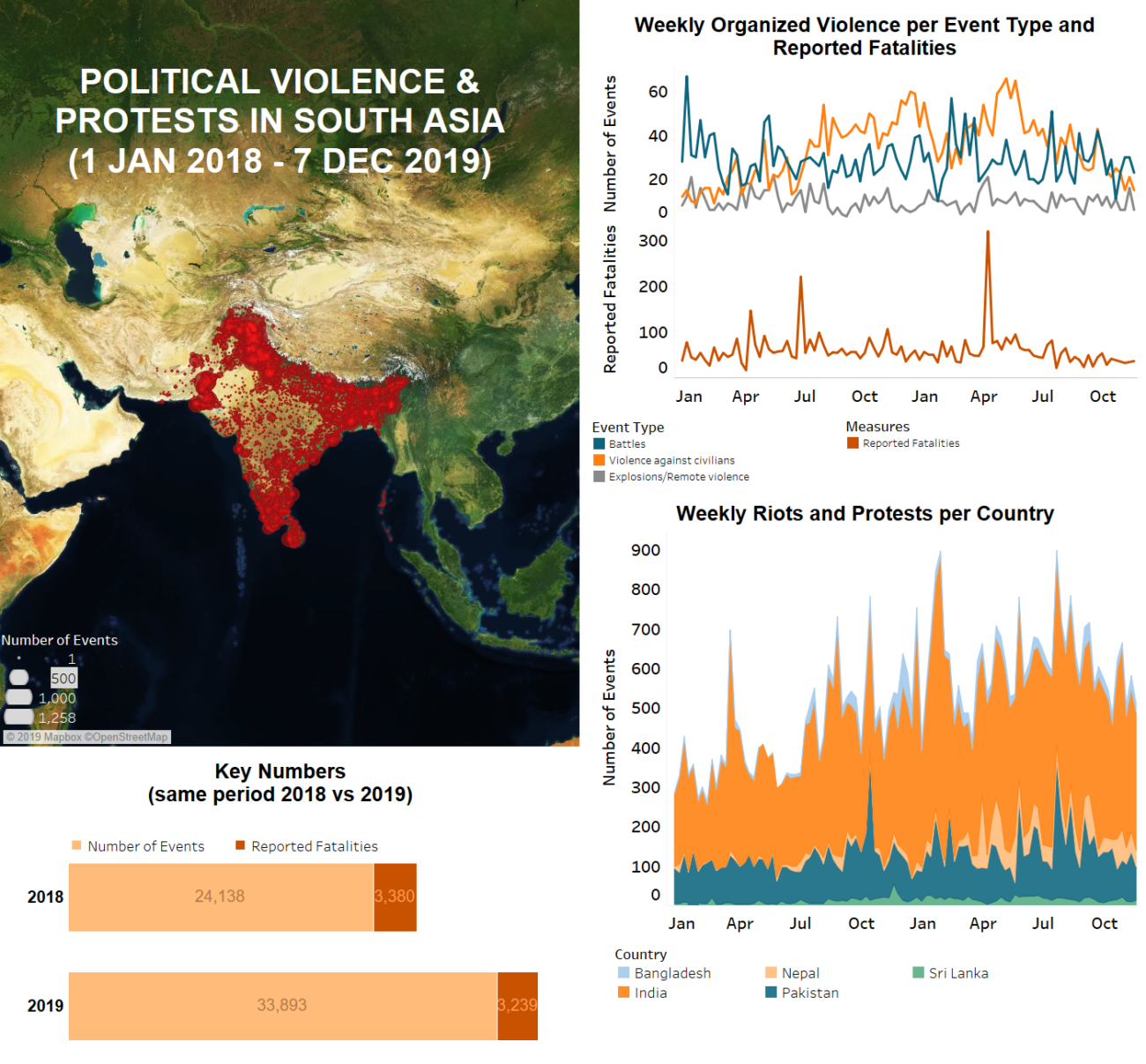